Preparing for the Future While Studying the Past: Ancestral Pueblo Farming 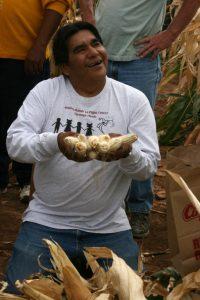 The ancestral Pueblo people residing in the Mesa Verde region and surrounding areas became agricultural societies, likely during the Basketmaker II period (about 500 BC to AD 500) as domesticated corn found its way north from what is now Arizona.  Farming became the main source of food, but Pueblo cultures see farming and their crops as much more.  Historical and contemporary accounts from Pueblo people regard farming and the crops, especially corn, as the essence of their culture, structure for their families, and infiltrating every part of their lives.  A member of the Hopi tribe, Donald Dawahongnewa, once told a group of students at Crow Canyon Archaeological Center , “When we look at our crops… we don’t look at them as numbers, we look at them as our children.  That’s how we look at our plants; we treat them like that.  And so when you go to your field you sing a song and your children will hear you singing, they will say, ‘Our daddy is coming here,’ and they will tiptoe and try to look over the horizon and that’s how they grow…” 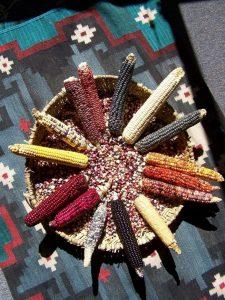 Pueblo farming techniques vary, but share one major factor: water conservation.  The most widely used technique was dry land farming, also known as precipitation based farming.  The Hopi farmers of central Arizona are famous for their rows of corn along mesa tops in the desert.  The environment of the Mesa Verde region does not lend to river irrigation or other flood based techniques, but Pueblos along the Rio Grande likely used these techniques as well.  Other ways to conserve water included waffle gardens where earthen walls make compartments for groups of plants, water catchments along bedrock slopes, check dams, cisterns, and reservoirs as seen through archaeological and ethnographic records.   Check out the Bandelier National Monument, Colorado Bureau of Land Management, Anasazi Heritage Center, and Mesa Verde National Park pages for more information.

Pueblo farmers are best known for farming corn, beans, and squash, also known as the “Three Sisters,” because of the plants’ tendencies to assist each other when growing and complement each other in nutritional value.  One of the research design questions in Crow Canyon’s Basketmaker Communities Project asks, “What was the nature of the Neolithic transition during the Basketmaker III period? And what technological changes made the transition possible?”  Basically, the archaeologists want to know how agriculture played a role in the lives of the earliest Pueblo Farmers.  Fieldwork and lab analyses are ongoing, but an intriguing find by a summer intern, Anna Graham, has archaeologists very excited.  Anna found a small seed of domesticated barley in a sample from one of the sites Crow Canyon excavated in 2014.  Finding barley dating to the late Basketmaker period impacts our knowledge of ancestral Puebloan farming and trade as the grain was previously thought to only grow at more southern latitudes.  The staples of Pueblo farming are the three sisters, but many plants (both domesticated and wild) held importance with the ancestral Pueblo people.  Read about Anna’s find in Crow Canyon’s e-newsletter! 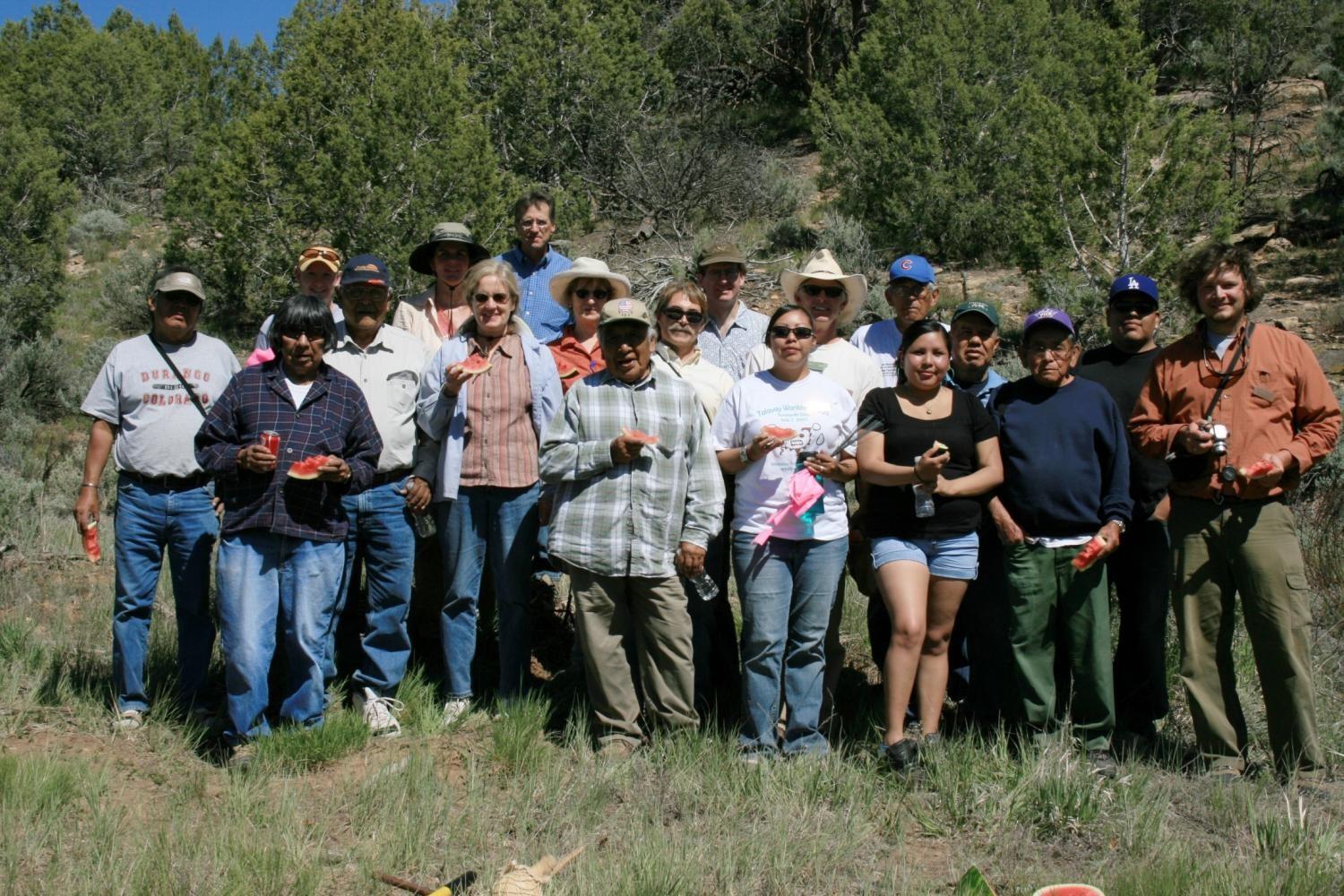 As the world debates and deals with current changes in the environment, studying ancient environments and how people adapted to those environments is a hot topic in archaeology.  These studies particularly help with understanding ancestral Pueblo farming practices.  One such project is Crow Canyon’s Pueblo Farming Project.  The Pueblo Farming Project is a collaboration with the Hopi tribe to grow experimental gardens on Crow Canyon’s campus and the Hopi’s ancestral land to see how the dry land farming done at Hopi today compares and contrasts to the practices done in the Mesa Verde region.  The crop yield, temperature, and moisture data gathered from the gardens are compared to data from another partnership project, the Village Ecodynamics Project (VEP). 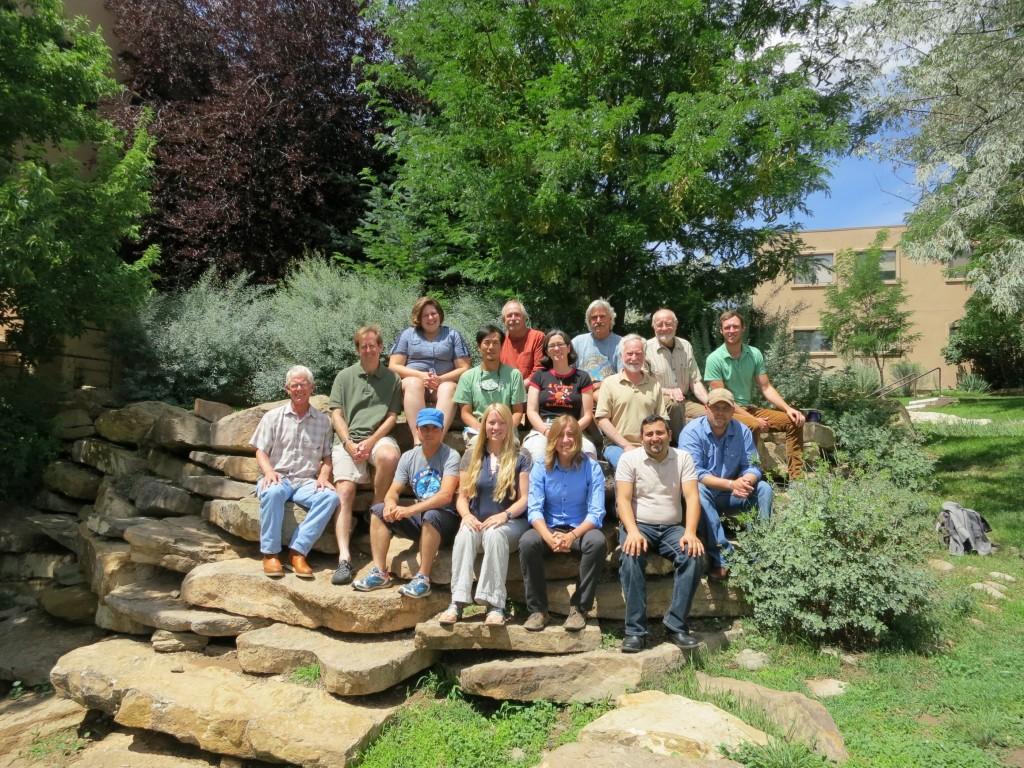 The VEP, which is collaborative project between Crow Canyon, Washington State University, and the University of Notre Dame, collected data, in particular dendrochronology dates, to reconstruct local environments in the past predicting farming productivity from AD 600 to 1760.  Archaeologists use the similarities and differences between the productivity of the experimental gardens and the models to interpret how, when, and for how long people farmed in the Four Corners region.  The less obvious benefits from this research are possible solutions to resource management and dealing with climate change.  Dr. Kyle Bocinsky, a member of the VEP team, poses the question, “Can Pueblo corn save Ethiopian farms?”   The predicted drier environment in Ethiopia’s highlands according to the Intergovernmental Panel on Climate Change, will ultimately impact the large maize productions in that country.  If a similar pattern can be seen between the reconstructed VEP models (looking at maize productions areas at high elevations) to the predicted environments in Ethiopia, then maybe Pueblo corn could be used as an agricultural adaptation for the Ethiopian farmers.  While the answer is hardly at our fingertips, reconstructed environments, predicted changes, archaeological knowledge, experimental data, and cultural understanding may provide the tools to make better connections and deal with global issues.  Stay tuned as archaeologists continue their research on ancestral Pueblo farming! 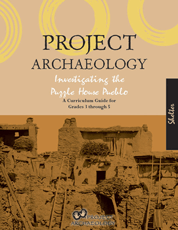