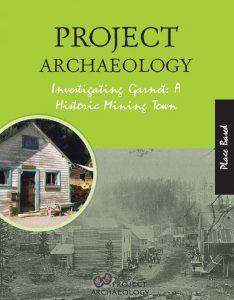 Investigating Garnet: A Historic Mining Town is the second installment in Project Archaeology’s place-based curriculum series. These guides encourage educators to take their students out of their classrooms, engage with their communities, and make connections to local historic places.

Place-based education is not a new concept, originally proposed by John Dewey in the early 20th century, its most recent champion has been environmental education. In his book, Place-Based Education: Connecting Classroom and Communities, David Sobel defines place-based education as, “the process of using the local community and environment as a starting point to teach concepts … across the curriculum.” Place-based education is often used to teach science and math in real-world situations, but social studies also has its place in place-based education. Taking social studies out of the classroom and out into our communities can help students understand and connect with the idea of place. Place is simultaneously a geographic coordinate, a locale in which people live their daily lives, and a subjective emotional attachment or feeling, a “sense of place.” An article in the Journal of Museum Education describes places as, “one of the chief yet often overlooked artifacts of human culture.” Investigating Garnet helps Montana students dive into a nearby historic place that has direct connections to their community. 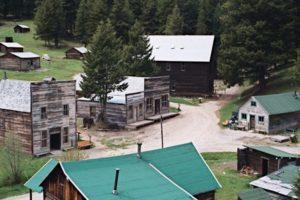 In 2016, I taught a workshop to several area teachers at the historic mining town of Garnet. We started our day off with some classroom learning in the historic Kelly Saloon, built in the late 1890s. In the morning, we oriented ourselves to the geographic location of Garnet. We learned about the indigenous use of the area and the town’s location between three significant cultural areas and near important indigenous trails. In the afternoon, we dove into the locale of Garnet by examining historic photos, census documents, and the actual landscape of the town of Garnet. Teachers paired up to read abuilding 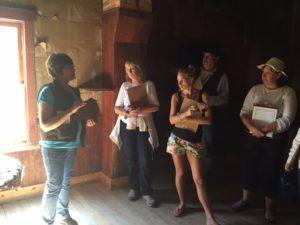 investigating historic and mining structures, then each teacher gave the group a tour of their structure or feature. Following this activity we thought about the sense of place and feeling attached to the town, imagining ourselves as Garnet residents in 1900, we wrote fictional letters to a friend or family member describing life in the town at the turn of the century. We finished the day by examining a historic structure and thinking about its potential reuse to benefit the community. As one teacher described, “Actually having the opportunity to be in the place about which we were learning was a very impactful experience… I hope to bring my class.” 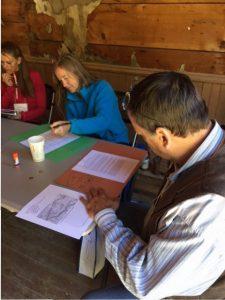 Workshop participants work on a lesson from the curriculum.

Place-based history is powerful, impactful, and connects students and teachers to their communities. “Place-based education … foster[s] the ability and desire to participate as informed citizens in the stewardship of places near and far, now and in the future” and that is what Project Archaeology’s place-based series is all about.

Ring in the New Year by bringing this new and engaging inquiry-based archaeology curriculum into your classroom! Project Archaeology is offering 30% off your entire purchase so make sure to check out our other products. Use the code “newyear30” during checkout. Offer is good until 1/2/18.