Did ancient Romans Know Mount Vesuvius was a Volcano? 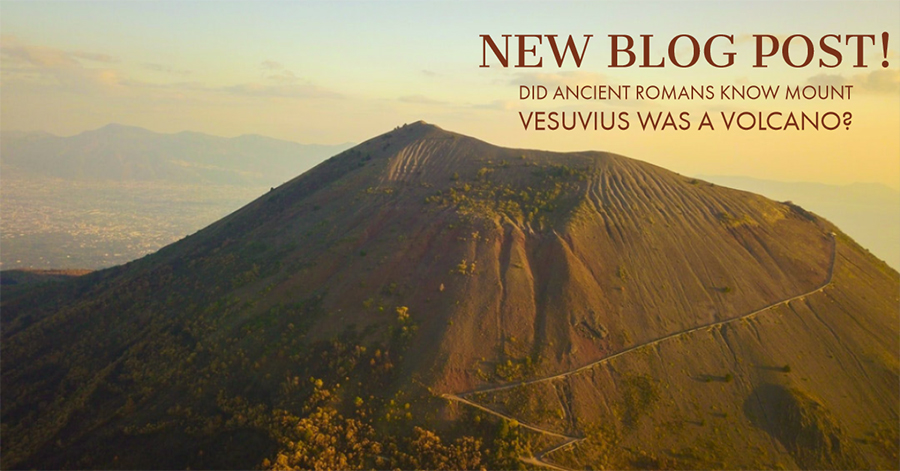 Did ancient Romans Know Mount Vesuvius was a Volcano?

Volcanos play a significant role in shaping the environment. 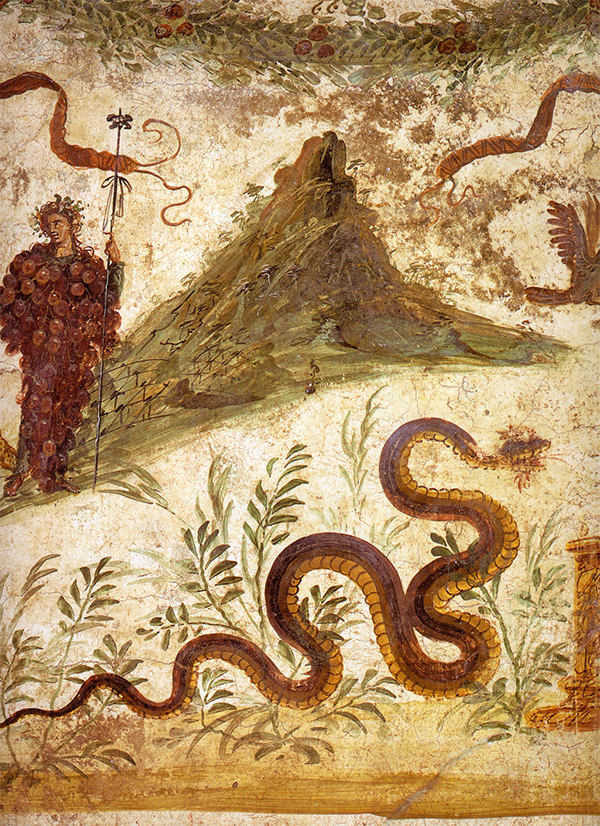 Image of the Famous Wall Painting of Vesuvius and Bacchus, from the House of the Centenary (IX.8.6), dated to the first century A.D.

Vesuvius is the most famous volcano in the world and resides in the province of Campania near the Bay of Naples. Campania consists of a fertile plain, which at the time of the eruption in A.D. 79, produced wheat, spelt, millet, olives and grapes. The fertile plains are surrounded by mountain ranges, Aurunic on the North, Apennines in the East, and the Lactarli Mountains in the Sorrentic Peninsula. The town of Pompeii and the villas at Oplontis resided in the shadow of Mount Vesuvius. The villas at Oplontis stood on a cliff overlooking the sea in the Bay of Naples. The river Sarno feeds the plains and runs south of the villa.

In A.D. 62, Campania was struck by a violent earthquake. Pompeii suffered the greatest damage. A relief in the house of Lucius Caecillius Jucundus shows the impact of the earthquake on the forum; all of the buildings were damaged. The villas at Oplontis show areas where reconstruction work was taking place to repair the damage and was still in progress during the eruption of Vesuvius.

Pompeiian bas-relief, depicting the tilting buildings during the A.D. 62 earthquake. Image from the Landesmuseum fur Vorgeschichte in Halle (Germany).( htpp://www.Ida-Isa.de/uploads/pics/FuMo_12_2011_Abb.3.jpg) 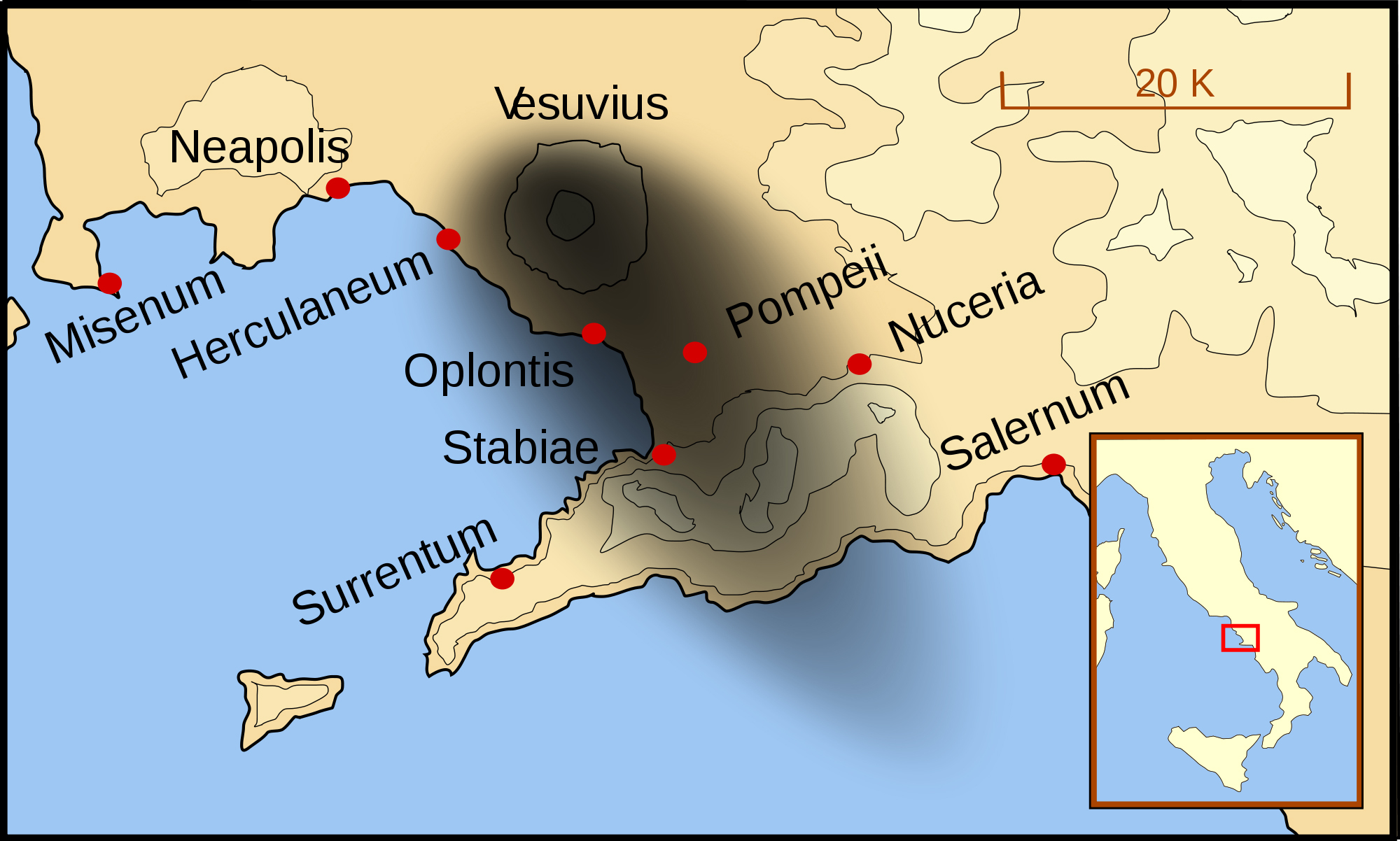 In A.D. 79 Vesuvius erupted destroying all the towns and villas, including Pompeii and Oplontis, to the southeast of the volcano as well as the lives and land of many. The eruption literally preserved a moment in Roman history.

Vesuvius stands about 1,200 m (4,000 ft) high. Prior to A.D. 79 it may have been a single coned volcano. It dominated the landscape of the Bay of Naples. Did the Romans know it was a volcano? To better understand the people’s awareness of the mountains’ volcanic potential, modern volcanologists, historians, and archaeologists turn to paintings, letters, and ancient texts. The lesson introduces two primary sources to students for them to analyze and determine how people viewed their landscape.

Possible profile of Vesuvius prior to the A.D. 79 eruption (http://www.ov.ingv.it/ov/it/vesuvio/storia-eruttiva-del-vesuvio.html)

Project Archaeology: Investigating a Roman Villa will transform your classroom into a community of student archaeologists who ask questions, make observations and support their inferences with evidence, analyze primary sources, relate culture to their own lives, and passionately share what they learn in a variety of ways.