What clues help us understand the lives of people in the past? 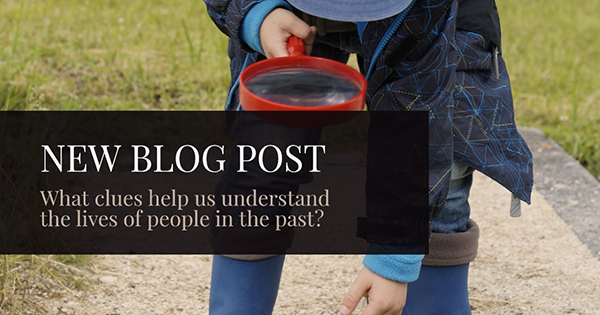 What clues help us understand the lives of people in the past?

Primary sources are clues archaeologists use to interpret the past.

Different types of volcanoes erupt differently. When volcanoes erupt they “give off a vast range of products from steam and gas to molten lava, ash, pumice, and boulders, all of which are ultimately derived from magma, the molten material that rises from beneath the Earth’s crust” (Scarth 2009). In an oversimplified model, volcanic eruptions can be grouped under four main categories: mild, moderate, vigorous, and violent.

The eruption of Mount Vesuvius in A.D. 79 was violent and one of the most famous because it destroyed, buried, and immortalized the towns of Pompeii and Herculaneum, and Roman villas in Campania. They were entombed for over seventeen hundred years, until archaeologists slowly began to reveal their secrets to the world. “Thus, the eruption destroyed—and preserved—the most famous archaeological sites in the world, and they, in turn have helped make Vesuvius the most famous of all volcanoes” (Scarth 2009). 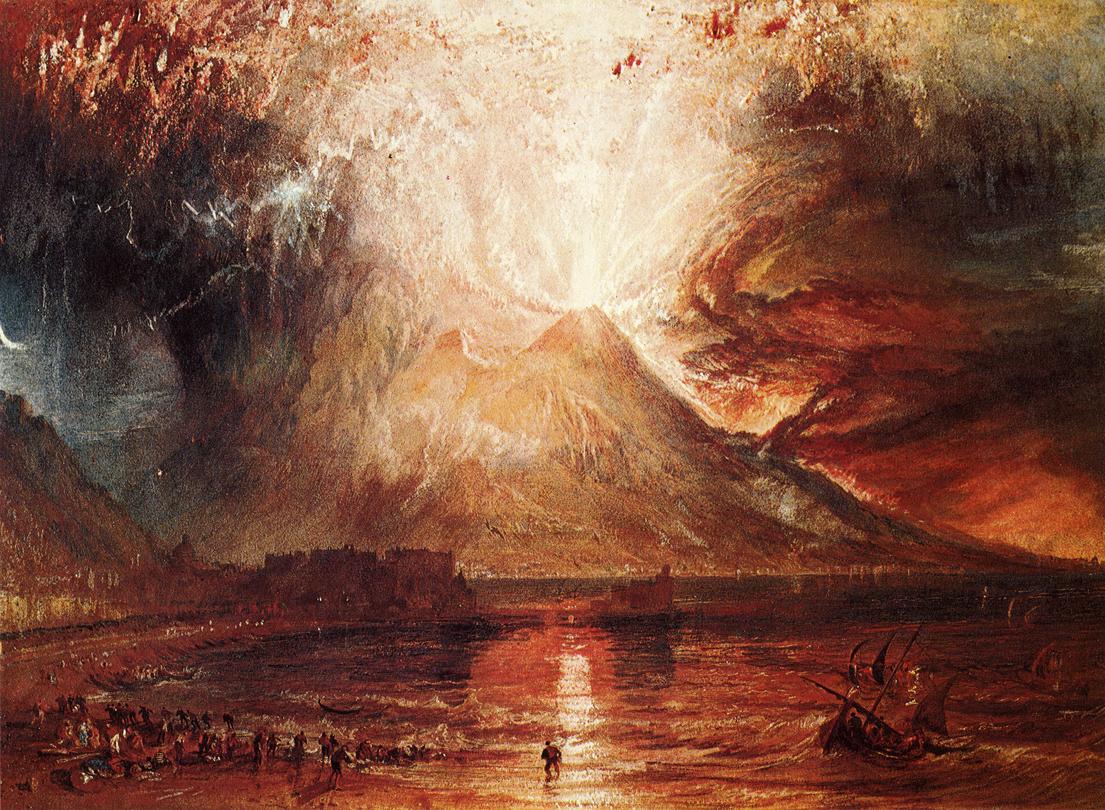 “The Eruption of Mount Vesuvius” was painted by M.W Turner in 1817.  Misconception Alert! The eruption of Vesuvius did NOT have lava flow. Instead, it had a different type of flow that was much more dangerous, a pyroclastic flow! A violent, Plinian eruption blasts out gas with enormous force and explosions shatter the magma in dust and ash. Scorching, glowing clouds of ash and fumes race down the sides of the volcano. This is much more dangerous than a lava flow. 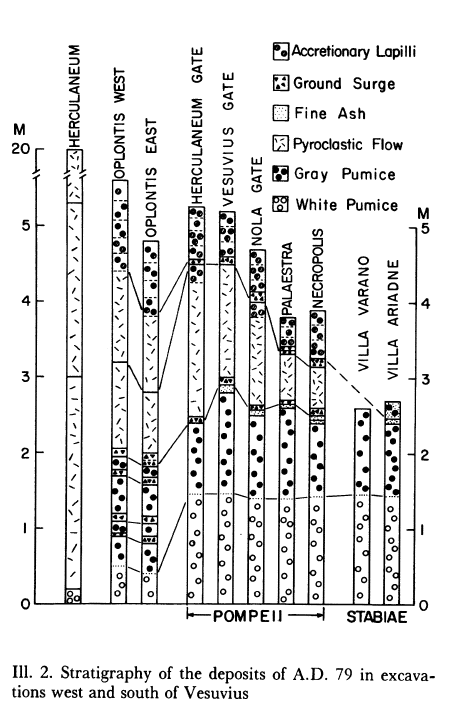 Stratigraphy of the deposits of A.D. 79 in excavations west and south of Vesuvius (Sigurdsson, Haraldur, Stanford Cashdollar and Stephen R. J. Sparks. ‘The Eruption of Vesuvius in AD 79: Reconstruction from Historical and Volcanological Evidence. American Journal of Archaeology, Vol. 86, No. 1 (Jan. 1982), pp. 39-51. Boston, MA: Archaeological Institute of America).

How can we learn about the eruption of Vesuvius in A.D. 79? Scientific studies of the eruption provide information about the phases of the eruption supported by layers of ash that show evidence of pyroclastic flows. Plus, primary sources like letters written by an eye-witness can help archaeologists interpret the event.

By analyzing how thick the layers are, what type of volcanic material they contain, and how the deposits were distributed, geologists have been able to reconstruct the different phases of the eruption. The first phase of the eruption was characterized by a widespread dispersal of pumice from a high eruptive column, that rose to the height of almost 20 miles. During this phase white and gray pumice dispersed to the southeast of the volcano, traveling a distance of 43 miles. The second phase of the eruption is characterized by the collapse of the column and pyroclastic flows and surges. This phase caused major damages and extensive loss of life within 6 to 10 miles of the volcano. The surges can be detected as layers of thin ash. Thick, massive layers indicate pyroclastic flows. The third phase consists of a deposit of lapilli. The final phase is a succession of layers composed of pebbles and sand. At the Villa Oplontis the total deposit of ash, surges, flows, lapilli, and pebbles constitute a depth of 30 feet. Both the geology and the primary source documents characterize the eruption of Mount Vesuvius as violent! 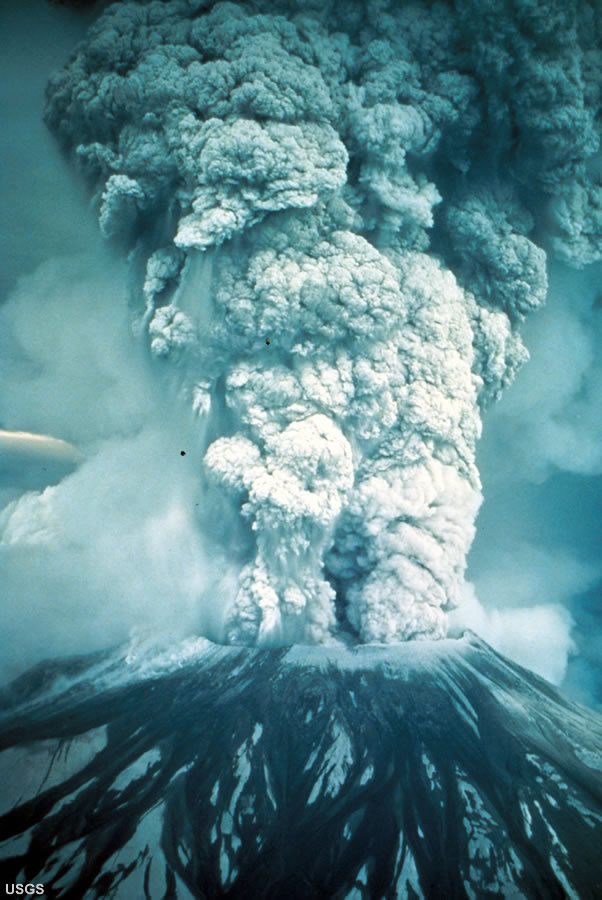 Fortunately, we also have eye-witness accounts of the eruption like the letters written by Pliny the Younger. The same year as the eruption, Pliny the Elder finished Natural History, a 37-volume work that formed the basis of natural science for centuries. He was wealthy and a leading intellectual of Rome. He had just adopted his young nephew, Gaius Plinius Caecilius Secundus, later called Pliny the Younger. They were staying in Misenum across the Bay of Naples. Twenty-five years after the eruption, the Roman historian Tacitus asked Pliny the Younger to provide an accurate description of the eruption and the death of his uncle. Pliny the Younger was seventeen years old when he witnessed the eruption. He wrote two letters, the first was a formal account where he described what he had seen himself or heard from reliable sources. At the bequest of Tacitus he wrote a second, more informal, letter describing his adventures at Misenum during the eruption. 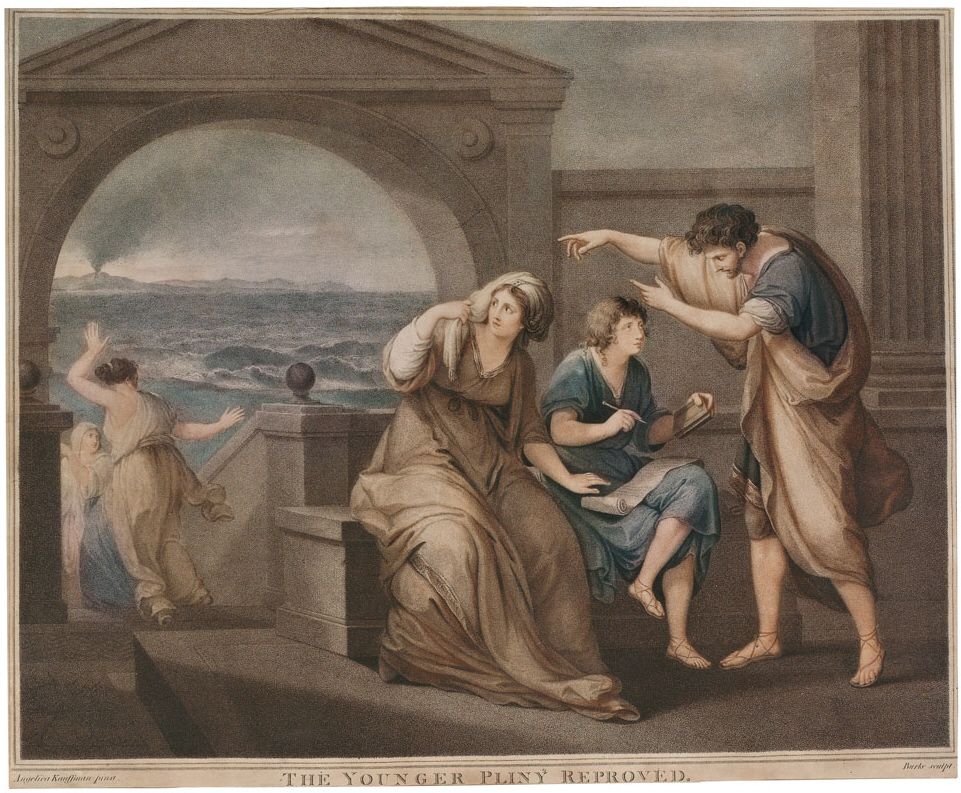 After closely analyzing the two letters written by Pliny, students will play the roles of famous elite Romans as they react to the eruption of Vesuvius in A.D. 79. They will receive a primary source document, an excerpt from Pliny’s letter to analyze and dramatize. They will choose roles, analyze their segment of the document, and then dramatize it in a performance for the rest of the class in sequence.

How did Mount Vesuvius erupt in A.D. 79? How do archaeologists use primary sources to interpret the past? Inform students that these questions will guide their learning. Indicate the Word bank words (primary and secondary document) and inform students that they will use these words as tools and define them during the lesson.

Go to the Product Page to get Lesson Three for FREE!