Why would a Roman create a permanent wall painting? 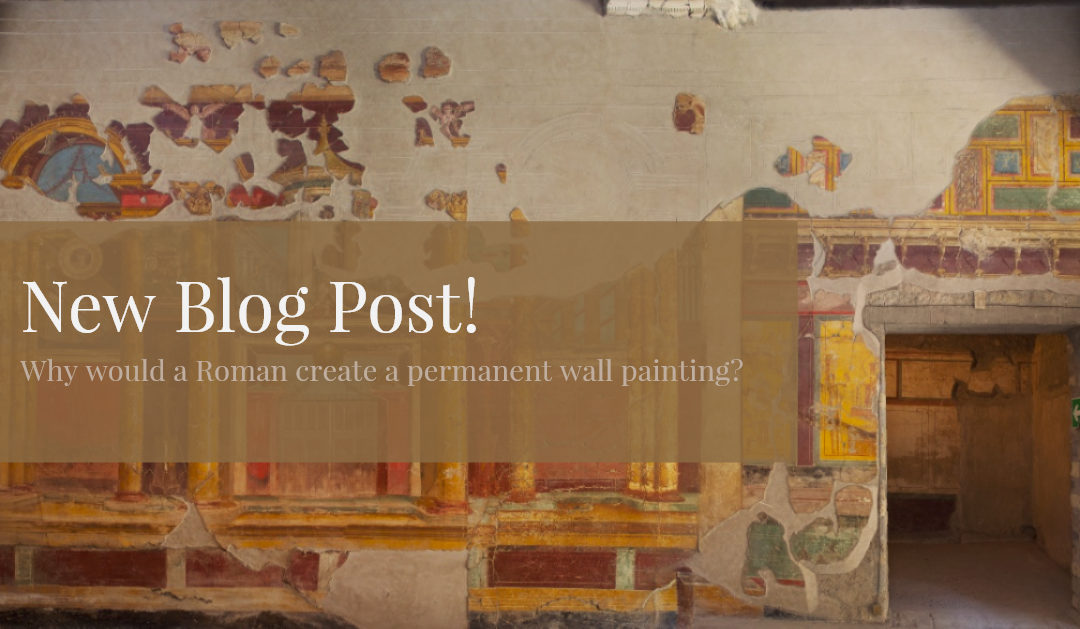 Why would a Roman create a permanent wall painting?

Communication is important to every culture and art is a form of communication.

Communication is an important basic need of culture. Communication allows individuals to interact with each other through customs, roles, rules, or rituals, thereby defining and establishing the characteristics of a particular culture. Culture is created through communication, and preserves and passes along cultural characteristics from one place and time to another. 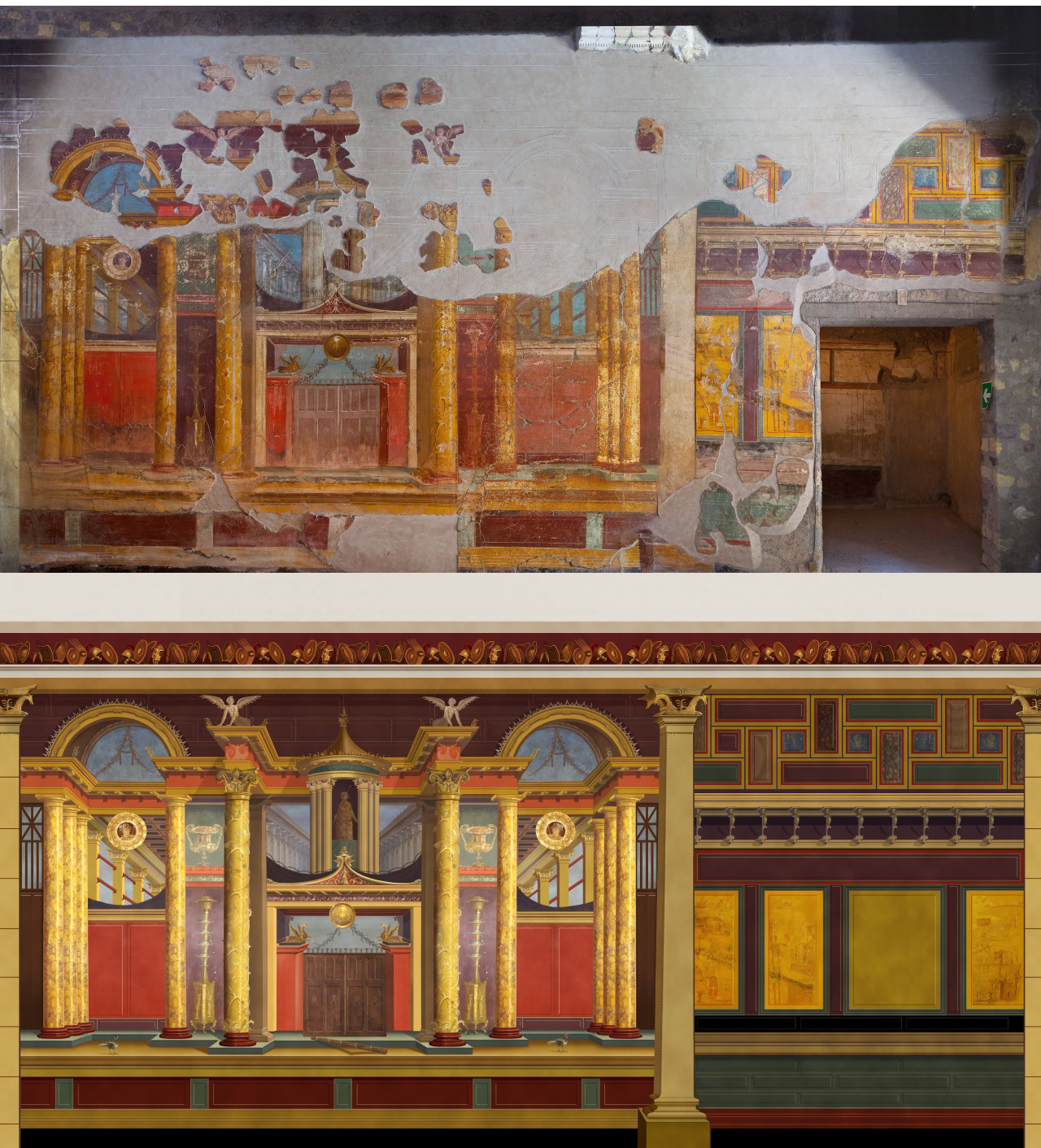 Reconstruction of East Wall, Room 14, Triclinium, Villa A Oplontis (The Oplontis Project, The University of Texas at Austin, Texas)

Art is one form of communication. Artists create art to communicate ideas, thoughts, or feelings about their culture. Art at its simplest is a form of communication. Our knowledge of Roman painting comes almost entirely from the common practice of painting the interior walls of houses while the plaster was still damp. Romans decorated the interior walls of their houses and villas with paintings executed on wet plaster, a technique known as fresco. “Depending on the function of the room, walls might be painted with imaginary architecture, still lifes, mythological scenes, or purely decorative motifs” (Thompson 2007). The decoration of the walls was meant to communicate the wealth and sophistication of the villa’s owner through the elegant details and the costly pigments used. For instance, Egyptian Blue and Cinnabar Red were the most expensive pigments. Cinnabar was 30 times more costly than other pigments. Cinnabar also caused miners to die excruciating deaths – it is the ore of mercury. 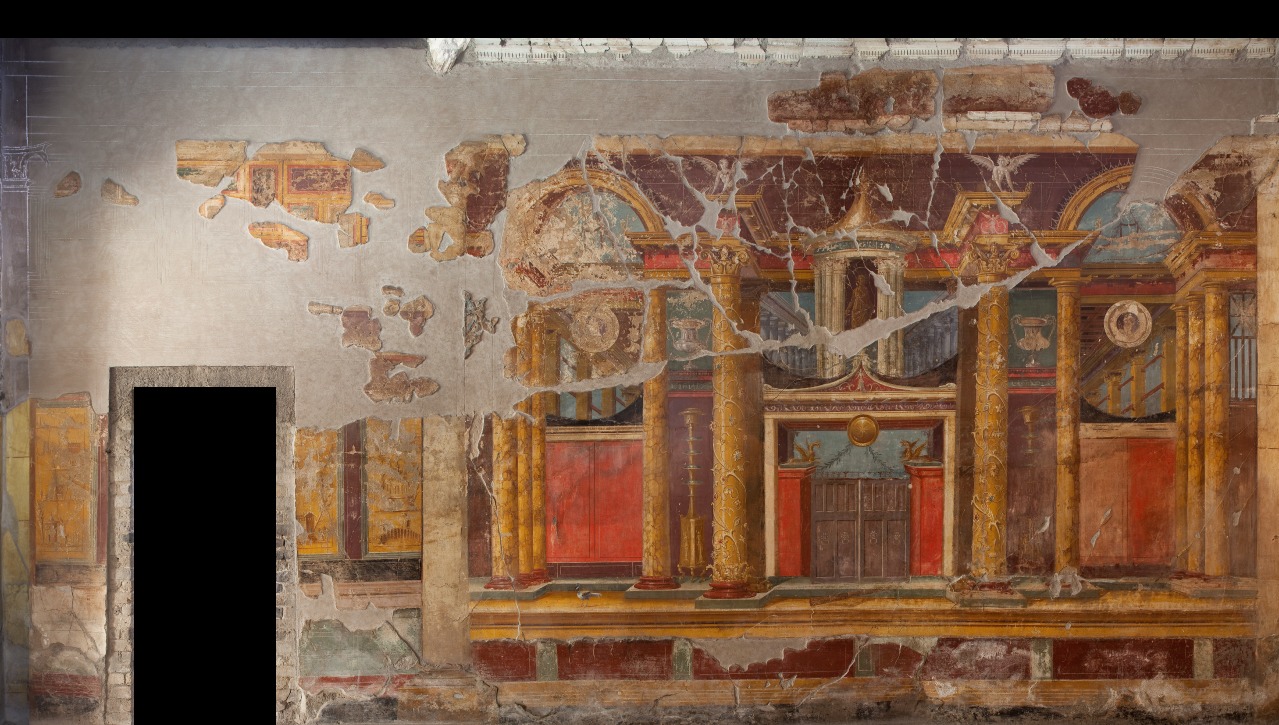 Based on the frescos discovered in Pompeii, art historians have divided ancient Roman paintings into four styles. The first style reproduced the appearance of a wall built of stone or colored marble. The second style portrays actual architecture, painted in perspective, between which one can catch a glimpse of the landscape. The third style is divided into panels, in which a large mythical subject most often fills the central panel. The fourth style mixes elements from the second and third styles, but with greater diffusion of pictures in the central panel. Because there were few windows in most homes, frescoes decorated the interior walls. 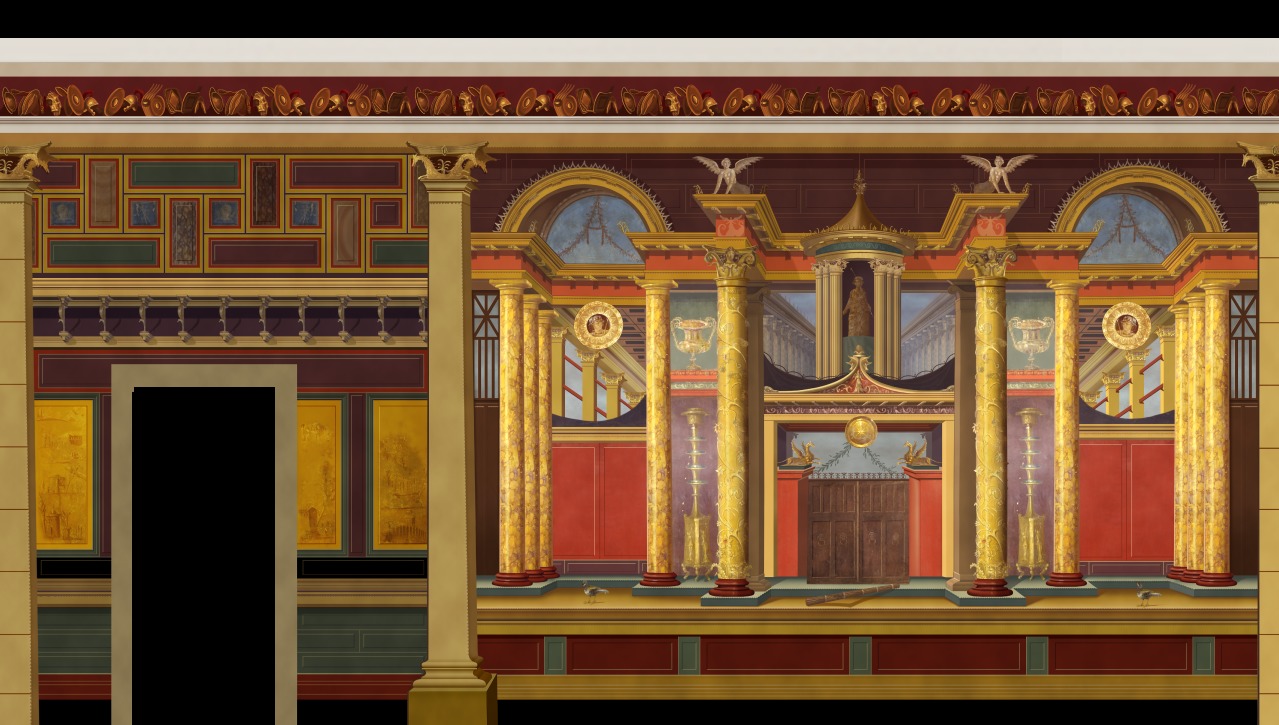 Reconstruction of West Wall, Room 14, Triclinium, Villa A Oplontis (The Oplontis Project, The University of Texas at Austin, Texas)

The walls of the triclinium at Oplontis were painted around 50 B.C., in what is called the Second Style. The decoration has a podium at the bottom, over which rise columns of marble colored or decorated metal segments. In the center of the east and west sides of the door, beyond which one can see temples, with statues of female divinities inside and perspective colonnades. On the north wall, beyond the gate, a tallcolumn supports a statue of a feminine divinity in a garden. The most interesting feature of this wall is the decorative motif consisting of figs. 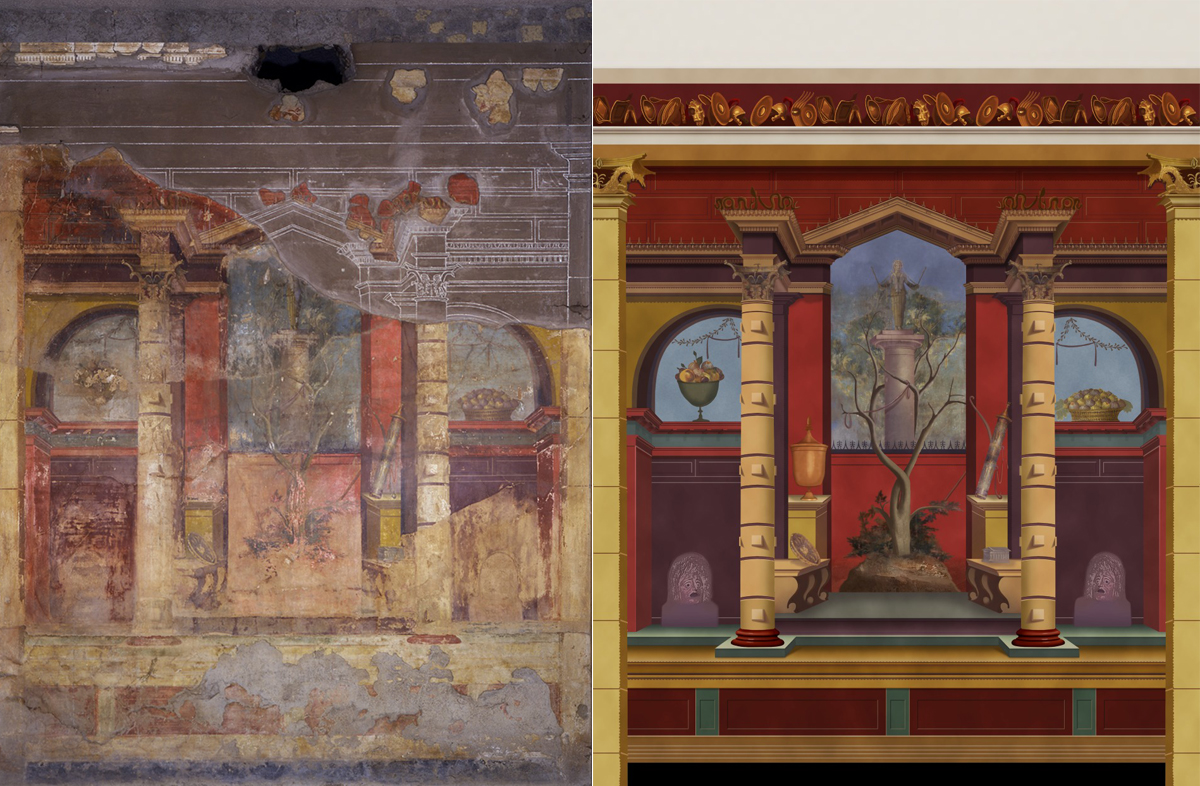 Reconstruction of North Wall, Room 14 Triclinium, Villa A Oplontis (The Oplontis Project, The University of Texas at Austin, Texas)