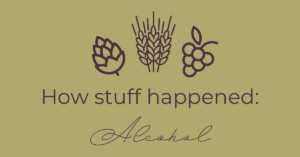 Cheers to the New Year! The first topic to kick off our “How Stuff Happened” series is alcohol. Though everyone knows what it is and many have tried it, few know how it actually came to be. Numerous cultures have developed some type of fermented beverage. This widespread development led to alcohol today, which has a massive range of strengths, colors, and flavors. This very human inclination has possibly been around for as long as 10 million years. According to researchers like Dr. Patrick McGovern and Dr. Matthew Carrigan, fermentation was in the form of over-ripe fruit that our ancestors ate off the forest floor.

Around 10 million years ago, there was a genetic mutation that allowed ancient humans to break down ethanol, a component of alcohol. This adaptation overlapped with our human ancestors who were beginning to live primarily on the ground where the rotten fruit fell. This action continued until humans started to ferment things themselves, on purpose. This leads us to our first stop in the fermentation tour: wine.

Yes, it’s wine first. Though beer is usually thought to be the oldest alcohol around, wine has it beat by around 2000 years. Archaeologist Patrick McGovern found the earliest evidence of wine in Iran’s Zagros mountains dating to 5400 BCE. Wine may be even easier to make than beer since it only requires two ingredients: fermented grapes and water. This might be why humans were able to create wine first and beer second. Fun fact: though wine was not originally invented in France, it is so fundamental that cases of it are included in budgets for archaeological digs.

Though beer was not the first alcohol created, it is the first drink archaeologists have found written recipes for in the 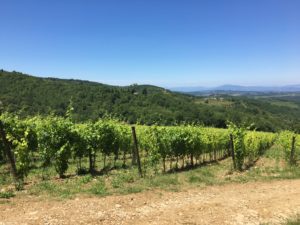 tombs of ancient Egyptians. Dr. Patrick McGovern, a beer archaeologist, studies its development as well as the development of alcohol. Egyptians left behind written beer recipes and jars that were once full of beer. Modern technology allows archaeologists to recreate the ancient brews by residue testing the containers. Nowadays, beer is known to be a laid-back beverage that is affordable, but in ancient times it was a much more coveted beverage. It was considered such an important piece of the everyday diet that those working on the construction of the pyramids were rationed out beer as part of their daily food allotment

Humans started out as hunter-gatherers, wandering around collecting nuts, berries, and hunting for meat. People eventually chose to settle down and one of the theories as to why is alcohol. Beer and wine cannot be brewed while migrating. One motivation to settle was the ability to farm grain and fruits for a sustainable food supply that could also brew alcohol. For example, it’s possible that beer was brewed before bread was ever baked—according to Dr. McGovern. This wasn’t just because it tasted good or had interesting side effects but for more practical reasons. There are countless water-borne illnesses, like cholera or giardia, and drinking alcohol instead of water was not only safer but could have various medicinal side effects because it kills bacteria

Kami only from this point forward

Though many beverages are associated with or used during religious ceremonies, sake may be the most spiritual. Sake is distilled from rice and is an integral part of celebrations in Shinto. The act of creating sake itself is sacred because it takes a sacred crop and water and distills it into the drink of the divine. In artwork, sake is frequently shown to be enjoyed by Kami, which are spirits that are parts of nature, the landscape, or the souls of the dead. It is unknown how old this drink is, but archaeologists know the Chinese were making types of rice liquor by the 500s BCE. Sake has and continues to be crucial to the religious practice of Shinto. It is different from other rice wines found in Asia because of its alcohol content, brewing process, water sourcing, and religious connotation

Tequila is made from blue agave, a type of succulent plant native to northern Mexico. The Spanish created tequila in the 1600s CE; however, tequila’s close predecessor, pulque, was created far earlier. Pulque was originally brewed by empires in Mesoamerica, like the Maya and Aztec. These cultures considered the drink sacred since it was believed that humans didn’t create it, a goddess did. It was a drink for Maya and Aztec kings and priests that was reserved for special occasions. The creation process became more refined and secular after the Spanish conquest, which separated the drink from its religious connotations, leading to the tequila we know today

The earliest record of aquavit was in a letter written during the 1400s CE. Unlike most of the other alcohols listed here, 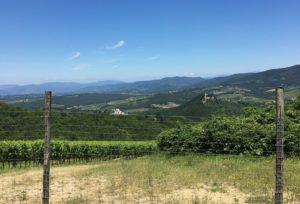 aquavit is made by fermenting herbs with grains. Aquavit was originally thought to be an end-all-be-all cure to any illness. Each Nordic country has their unique version of aquavit, but the Norwegian version was created by accident.  A ship captain sailed to Jakarta with a hold full of goods, including barrels of aquavit. None of these barrels sold, so during the long roundtrip journey the liquid further fermented changing its flavor and taking on an amber color that is celebrated today. This happy historical accident is reproduced today by the Linie Company who sails its Aquavit twice around the equator to ensure quality and flavor. The name “aquavit” literally translates as “water of life,” so acquired taste aside, maybe the Scandinavians are on to something.

Yo Ho Ho and Bottle of…

Rum has a controversial history due to its direct connection to slavery, revolutions, and pirates. It is made of sugarcane, a crop usually farmed in the Caribbean, but it was first distilled in the Arab world. However, the rum that is recognizable today was made possible by slaves in the Caribbean who farmed, cut, and processed the plant. This led to people fermenting the molasses, a process that eventually led to the modern method of creating rum. The term “proof” is thrown around a lot in connection to drinks having a certain alcohol percentage and proof. This term is actually from the days of pirates and rum. To ensure that no one had watered it down, pirates would pour the liquid on gun powder, and if it still caught flame, they knew it was 100 proof.

Alcohol has been around since the dawn of humans ranging from rotten fruit, to backyard-brews, to decades-aged amber bourbon. Whether you enjoy a drink to celebrate the New Year, use it in your favorite food recipe, or just graduated, you’re partaking in arguably one of the most human actions you possibly could. One has to admire the human spirit—pun intended—you can observe in the creation of alcohol. The dramatic range of types, flavor, and methods shows—admittedly in a strange way—the strength of human curiosity and creativity. So how did it happen? I suppose the most realistic answer is that no one really knows. Maybe our ancestors had a weird sense of taste, maybe it was a creative outlet, or perhaps it was the only safe liquid to drink. Archaeologists are actively researching and trying to figure it out. If you enjoyed a drink on New Year’s, remember the human ingenuity and perseverance that helped create your beverage!

A Brief History of Japanese Sake

The Story of Sake

Everything You Need To Know About Tequila

The History of Aquavit