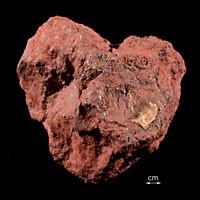 Raw red ochre. Image from Pigments Through the Ages at webexhibits.org

Every morning, countless people get ready for the day by applying thick, waxy paste very close to their eyes. This application has the effect of making eyelashes appear denser and longer- something many consider beautiful. While many of the ingredients used in cosmetics are safe, they were once made from materials that were natural and/or toxic. For example, mascara is a staple beauty item that has long carried with it the urban legend that it is made with bat excrement due to its guanine content; however, the FDA would never allow that. The long history of cosmetics demonstrates the diversity of makeup and cultural standards of beauty, as well as how far humans will go to fit these standards.

Though the archaeological record contains evidence of makeup use in applicators and mixing bowls, the point in human history when we started using makeup is difficult to pinpoint. Some archaeologists estimate the history of makeup is at least 7,000 years old starting with some people applying ochre, a red clay-like mineral, on the skin. Additionally, people of many cultures decorate themselves for spiritual reasons. In some cases, these spiritual practices did influence the popular use of makeup. This post will focus on the secular, aesthetic uses of makeup across cultures and time. 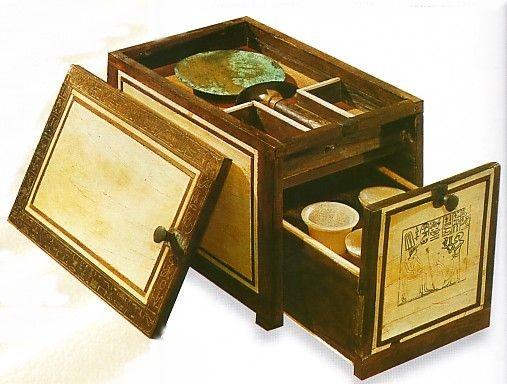 It’s All In The Eyes

Lining the eyes dates back to Ancient Egypt, but was popular throughout the Persian Empire, Rome, and Middle East particularly during the Bronze Age. Ancient Egyptians would grind up kohl and apply it around the eye to give it an almond-shape. Kohl is a black powder and the ground form of the mineral stibnite. It was mixed with water in a bowl to form a thick paint that was applied using thin ivory sticks or wood. One’s economic class often dictated the tool of choice. Wealthy individuals would keep their makeup and applicators in ornate boxes, and lower-class individuals used wooden bowls and tools to prepare and apply their makeup.

Lining and shaping the eyes with kohl was intended not only to make oneself more attractive, but also to reflect the appearance of the Gods. By doing so, this makeup would protect an individual from bad spirits. Additionally, Egyptians would use makeup on their dead to make them more attractive and desirable in the afterlife. 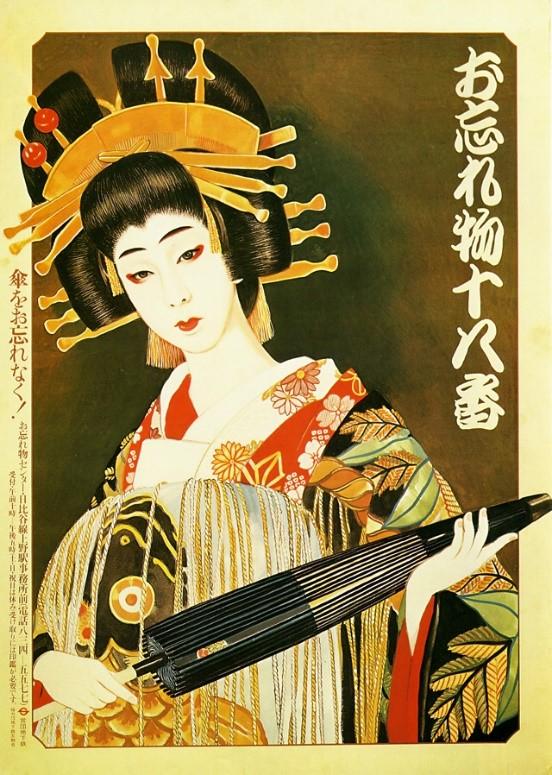 Ancient Egyptians also used an early version of lipstick. Common colors derived from plants, insects, and minerals (or a combination of them), were red, orange, and blue-black. Cleopatra had a particularly influential lip color made from red ochre, carmine, beeswax, flowers, fish scales, and crushed ants. The resulting red color became extremely popular resulting in an increased demand for carmine, which influenced Egypt’s makeup industry at large.

Red has been a consistently popular color in makeup throughout time. In addition to Egypt, red was worn on the lips and face throughout Europe and the Far East. Geishas used a dye taken from flowers to redden their lips and their lower eyelid. Redness in the skin and face was commonly understood as a sign of health and youth, making it a necessary color to include in one’s makeup regimen. To make this red color stand out, Geishas painted their skin white with rice powder, except for a W-shaped section of exposed skin at the back of the neck. 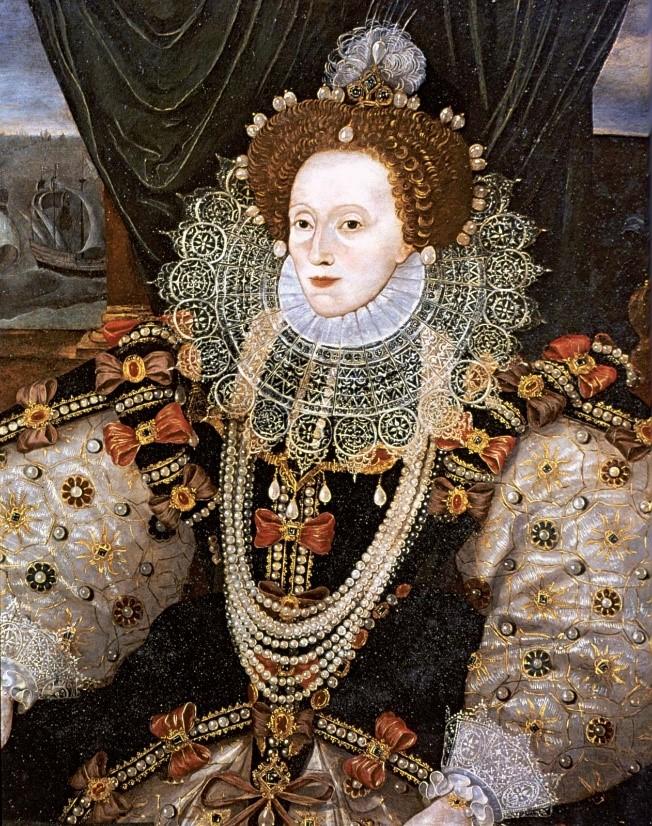 Beauty in Elizabethan England and pre-revolution France are known for the use of powders to make the skin appear extremely pale. Paling the skin was also a means of making oneself appear healthier. For example, the powder would conceal scars and blemishes left behind by smallpox, or spots and lines that reveal themselves with age. In addition to powders, Queen Elizabeth I wore white lead to achieve the pale look she was known for. Other whitening makeups also contained arsenic. These harmful ingredients killed hundreds of women- beauty really does hurt!

This era strongly contrasts Victorian England. During this time, the use of makeup was suggestive of prostitution. To not give the wrong impression, women wore very little makeup and pinched their cheeks to give themselves a dose of color. This standard of natural beauty lasted long into the 1920s when makeup was worn popularly once more.

Nails have long been used to demonstrate class. Around 3,000 BCE, Chinese people began coloring their fingernails with a variety of natural pigments. Later, in the Chou Dynasty, this practice was exclusive to royalty. Their colors of choice were gold and silver, and later red and black. Long, brightly colored nails were signs of high class because their nails would not be broken, or otherwise damaged, by manual labor. To isolate this symbol of power, lower-class individuals were forbidden to color their nails.

A Most Timeless Art

Makeup is one of the oldest human traditions. The resounding, unanswered question is why use it? One reason is that using makeup fulfills the desire to be desirable and feel attractive in the context of one’s own culture. Beauty has always had immense social value. Enhancing one’s appearance with a variety of pigments and resources is one way to achieve beauty standards. These standards are fluid and change rapidly with new products, globalization, and the influence of powerful individuals, like Cleopatra. Today, we would call them influencers. While makeup has been recently used to police gender roles, it has historically been used by a diversity of genders. More importantly, the use of makeup has evolved from merely achieving widely recognized beauty standards to a tool of self-expression. That is the true beauty of cosmetics.