Plumbing is one of the many things we don’t think about very often, but what would life be without it? Plumbing has had many fluctuations throughout history. Humans invented running water and sewage systems fairly early on all over the world. This may have been because our ancestors recognized plumbing’s value in preventing sickness, or just a simple interest in cleanliness. However, though plumbing was invented pretty early on in human history, it didn’t last very long. Some of the most famous and effective plumbers are the Romans. After the fall of the Roman Empire much of this valuable information was lost along with other inventions and scientific discoveries. The Dark Ages of Europe lost the art of plumbing, and it wasn’t seen again in Europe until the 1600s. Other cultures around the world invented their own versions of plumbing. Without further ado, lets take a trip down the pipes: 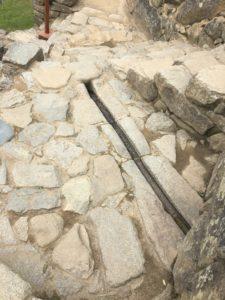 Plumbing is first seen in the archaeological record in the Indus Valley, located in modern-day Pakistan and northeast India, which is home to some of the oldest cities on the planet. Two ancient cities, Mohenjo-daro and Harappa, both had advanced forms of plumbing by 4000 BCE that archaeologists have excavated. These two cities had invented a combination of draining systems, sewage systems, sitting toilets, and other forms of running water. These various systems were used to take waste and water out of the home, and they achieved this by diverting the unwanted material through underground pipes. These pipes eventually exited the city in cisterns out of the public eye. Though this kind of plumbing technology was not alone in its time, it is the earliest archaeologists have ever discovered. A little later, the Ancient Egyptians had a similar idea. They built copper pipes that would either take waste out of cities or bring water in. The Ancient Egyptians even built bathrooms in tombs for the dead to be able to relieve themselves—eternity would be an awfully long time to hold it in after all!

Fun Fact: The modern word “plumber” is originally from the Romans. This empire used lead pipes in their plumbing endeavors. In Latin, the word for lead is “pumbum” which eventually turned into plumbing.

Perhaps the most famous plumbers in history are the Ancient Romans. These engineers developed complex bathhouses, aqueducts, gutters, fountains, and piping systems. These bathhouses are maybe some of the most well-known Roman inventions, and a great deal of engineering went behind these public pools. Each pool required drains as well as a heating and cooling system of steam that required an extensive underground labyrinth of pipes that slave labor built, updated, and maintained. Steam cooled and heated the pools and bathrooms, creating a luxurious experience that the Romans enjoyed so much that they built bathhouses wherever they went. Today, Roman bathhouses can be found all over the Mediterranean, like in England, Spain, and in Italy.

Romans used plumbing far beyond local baths and constructed massive aqueducts, many still work today. These aqueducts usually consist of three tiers that carry water through carved channels. The aqueducts use a combination of downward momentum and narrowing of channels to increase speed that ensures the water continues to flow. Many aqueducts are easily seen today. These inventions were so effective at bringing in fresh water that the Romans 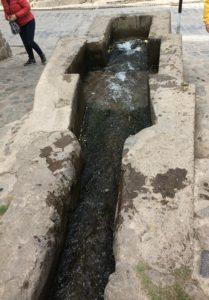 built them all across their empire. If you’re interested in learning more about Roman society and classical archaeology, look at our curriculum Investigating a Roman Villa here: https://projectarchaeology.org/product/investigating-a-roman-villa/.

Fun Fact: Roman aqueducts carried 1.2 billion liters of water every day into the city of Rome.

A flushing toilet in the form that modern humans recognize today is still a fairly modern invention because of the complex parts that such a machine requires. However, the idea of a toilet seat with water used to take waste away has been around for thousands of years. Minoans are an ancient culture that lived on the island of Crete in the Mediterranean. It is this culture that is attributed with the invention of the first flushing toilet that dates back to between 1500 to 1000 BCE. Archaeologists believe it may have belonged to King Minos. This flushing toilet did not have a lever like ours do today but had pipes fed by rainwater to flush any waste away. The waste traveled down a long system of pipes made of terracotta until it eventually exited the palace and went into the nearby river.

Fun Fact: The White House was built in 1792, but at that stage in its construction, it didn’t have any plumbing. The White House didn’t have plumbing for another few decades until it finally had piped water brought in around 1833 even though Philadelphia had plumbing by 1804. It took even longer to get bathtubs. Thanks to President Millard Fillmore, the first tub was introduced to the White House in 1851. 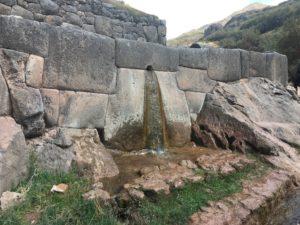 Drains don’t have to be made of terracotta or metals. Botanical materials are also incredibly effective at carrying water. In Ancient China, some cultures devised a method of moving water by using bamboo! Bamboo is incredibly strong, especially compared to how little it weighs. These cultures would use dried and hollowed out bamboo to create vast, complex networks of pipes that brought water to places like mines. Archaeologists know that people were doing this in Asia as early as 2000 BCE.

Fun Fact: Today it is estimated that over two million Americans and billions people do not have access to the modern version of a toilet.

Some of the most expansive piping systems that still work today can be found in South America and were built by the Incas. These systems of pipes created an incredibly effective irrigation and draining method that can be seen most popularly at Machu Picchu. There are still green parts of the grassy 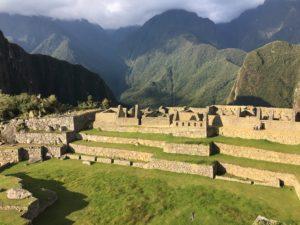 main plaza that are fed exclusively by the original irrigation system. These same pipes also fed fountains and baths used by the elite who once lived there. This kind of technology can be seen at Machu Picchu in the terrace systems that line the entire mountain. These terraces employed the same drainage techniques as the main plazas that kept plants well-watered and the entire mountain town stable on the peak.

Though plumbing has been around for close to six thousand years, the principals behind the practice have remained the same: take out waste for cleanliness and health and bring in fresh water to sustain life. Due to the simple yet vital invention of a water closet then flushing toilet, humanity has been able to develop clean cities relatively devoid of harmful diseases like cholera or dysentery. The discoveries listed here only reflect that which is in the archaeological record, meaning cultures that use plant-based plumbing inventions can decompose quickly and may no longer exist. So, the next time you use the bathroom, wash your hands, or fill up your water bottle think of the long legacy your pipes have and thank the perfect plumbers that came before us.

Editorial: The History of Plumbing & Its Meaning Today. (2013, January 14). Retrieved from https://www.pmmag.com/articles/91484-editorial-the-history-of-plumbing-its-meaning-today