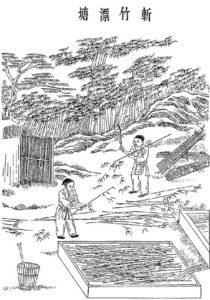 The Origin of Paper

Paper as we know it originated in China a little over 2,000 years ago. The pulp of fibrous plants such as rattan, hemp, bamboo, rice straw, and mulberry were dried in thin sheets, creating paper. Paper technology spread from China to the West via two main paths: the Silk Road and the Ottoman Army. The Ottomans brought paper to the Middle east after they captured a Chinese paper mill and, later, brought the technology with them when they invaded Europe. As a result, the first paper mill in Europe was built in Spain. The Silk Road also introduced paper to nations west of China. Before its spread, Chinese paper manufacturers guarded the secret of papermaking to command a monopoly over it. Despite their intentions, over the next several thousand years, paper would become one of the most commonly used communication tools.

Before Paper, there was…. 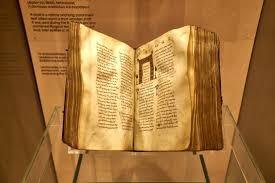 What were things recorded on before paper came to Europe and North African on the Silk Road in the 11th century? Cultures commonly used clay tablets, vellum, parchment, and papyrus. Vellum and parchment were traditionally made from animal skin. The process of getting animal skin thin and worn enough to be used for documents was an arduous one. Skin, typically taken from calves, goats, or sheep, was stretched over a wooden frame, then scraped with a curved tool. The skin was then wetted, stretched, and scraped repeatedly until the desired thickness was achieved. The skin was finished with a pumice stone, or some other abrasive material, to make it more susceptible to ink. Parchment and vellum are known for their durability and many of these documents have survived for centuries. Important documents such as laws and religious texts were written on parchment because of its ability to endure. In fact, the US Constitution and Declaration of Independence were written on parchment. Even Johannes Guttenberg, inventor of the printing press, refused to use paper when it first came to Europe because he feared it would not withstand the press.

Papyrus is more closely related to paper and is much older than it too. Papyrus is technically considered a textile which is different from paper. To make papyrus, strips of the papyrus plant stem were laid out and layered with more strips placed going the opposite direction from the first layer. Then these layers were wetted, pressed, and sun-dried. The finished product was kept in rolls. The art of making papyrus was perfected around 3,000 BCE and commonly used throughout the Mediterranean. Papyrus was popular because it was relatively easy to make due to the abundance of the plant. Papyrus also survived well in the hot climate and was easier to transport compared to clay tablets. However, like modern paper, it was susceptible to growing mold when damp. 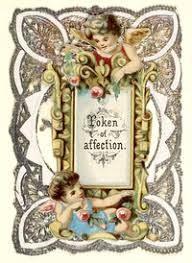 With writing and paper came mail. The mail system was first established in the mid-1600s with mail carriers and stamps invented in the late 1700s and mid-1800s. The world was undergoing massive industrialization and globalization at the same time. The interpersonal connection between people as well as the global rate of literacy was increasing, and communicating via letters was important for friends and family.

The love letter is much older than these colloquial communications. In fact, the world’s earliest love letter is suspected to be older than paper itself. Love letters have always been a flourishing art of expression and affection. Writing love letters solicits emotional and psychological responses in both the reader and the writer. Interestingly, the frequency of love letters increases during wartime, or in eras of great distress. This was especially true during WWI and WWII when letters were the only way to communicate with soldiers on the front, and professing one’s love was potentially time-sensitive.

Today, love letters take a different form. One of the most popular love notes given out every year is a valentine. For school kids, there are packages of valentines from the store to hand out during class. For others, a Valentine’s Day gift often includes a card, flowers, and chocolates. Valentines, like those we give today, first appeared during the 1500s but were not printed for mass consumption until the late 1700s. These original valentines were small cards with sayings and symbols of love, like cupids and hearts. Exchanging valentines is a social custom that has been adapted to traditions through time. 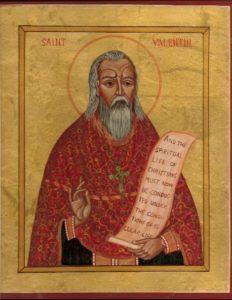 The holiday itself has less romantic beginnings. St. Valentine’s Day was created by Pope Gelasius I to celebrate romance and replace the Roman holiday of Lupercalia. Lupercalia, traditionally celebrated in February, is a fertility holiday that honors the coming of spring. St. Valentine was known for secretly marrying couples to protect them from going to war- which is why Valentine’s Day is known for celebrating love. An imprisoned priest wrote the first known letter signed as a valentine. His valentine was for the daughter of the man who imprisoned him.

Even though digital communication is what we are most dependent on today, paper continues to be a reliable means of sending messages, taking notes, sharing knowledge, and expressing emotion. Paper usage has been a key part of maintaining relationships and records for thousands of years. This Valentine’s Day, consider the history of how we communicate with our loved ones and how sending Valentines even began. Who will you be sending paper cards, letters, or valentines to today?