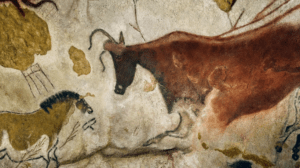 Paintings made by early humans. (Photo from: https://www.bbc.com/future/article/20150706-the-small-list-of-things-that-make-humans-unique )

Humans, in our relatively modern form, have been around for hundreds of thousands of years. Though biologically similar, the lives of our ancestors were quite different from our own, especially in the case of medical care. Depictions of early hominids like Neanderthals are usually dystopian in their description, featuring rugged terrain, ferocious predators, and a fend-for-yourself attitude. Our ancestors are typically represented as being rough and uncaring, living in groups where only the absolute fittest individuals survived. The weak are left to take care of themselves, only to die in the process. The lives of early humans were certainly not as comfortable as ours today, but that does not mean they were completely bleak and devoid of compassion. Thanks to the archaeological record, we know that this hard portrayal of life is simply not accurate.

We are focusing on Ancient Medicine for our new blog series. The archaeological record, especially in recent years, has yielded many discoveries from innovative medical tools to helpful plants to evidence that people not only cared for the sick and elderly but used medicine to cure them too. We plan on covering topics such as trepanation, braces, skin and haircare, plant-based remedies, and ancient medical tools.

Scientists have observed certain animals, like chimpanzees, acting in selfless ways towards others. These actions are rare and are usually restricted to individuals within a family group when there is a reward for that action. Humans, however, engage in truly selfless acts. Archaeologists have found evidence of this character trait, extending all the way to the Neanderthals who lived from 400,000 to 40,000 years ago.

One of the oldest finds that provides evidence for medical care is a 500,000 year old skull. The skull belongs to a young child, estimated to have died between the ages of five and eight. The child’s bones have an abnormality that would have required dedicated care and devotion to ensure survival. Because this child lived through infancy, it means that someone helped care for the child for years. This level of care and dedication shows that rather than early hominids being cutthroat and brutal, they were helpful and loving—capable of putting another’s needs above the allocation of resources, time, or energy. This one child is not the only example we have of such behavior; many other human remains show signs of people enduring and surviving through sickness or trauma. Some of the most commonly seen types of accidents are healed bone fractures or breaks, tooth decay and loss, osteoarthritis, and other various infections, cuts, and bruises. 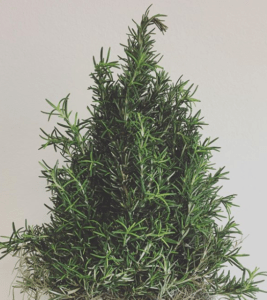 Though we can easily find examples of injured individuals that survived, finding the actual medicine is far more difficult since plants decompose quickly. The oldest evidence archaeologists have found of plants being used as medicine is in the remains of four plant types: rosemary, birch, yarrow, and marrow. These are thought to have been used as various medications for illnesses as far back as 60,000 years ago. These plants could have been ingested or applied to dress wounds.

There is also a more obvious sign of successful medicinal practices: assisted childbirth. Neanderthals and humans both share the great difficulty of successfully giving birth to a child due to the small hip size to baby ratio. This mathematical inconvenience requires assisted delivery and medical knowledge to ensure its success. Through the presence of a sustainable population of Neanderthals and humans, we can infer even without physical evidence that there was some kind of effective medicine surrounding assisted childbirth. 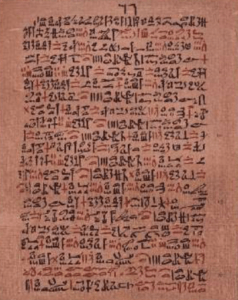 Medical care is a product of our human social skills. The ability to have empathy and forge relationships is what fuels the motivations to split another’s bone, help make medicine to cool down a fever, or pull a tooth. This compassion to help others is perhaps one of the reasons humans evolved, survived, and thrived. The ability to band together to solve problems, share meals, and defend each other not only defines humanity but allowed us to reach where we are today.

Check out our next blog on trepanation for next Friday!