A note before reading: The plants and practices described in this blog should not be considered cures or suggestions to try. You should always speak with a doctor before trying new medications or supplements.

People have been using plants as an effective medicine for anything from the common cold to helping in childbirth to relieving chest pains for tens of thousands of years. There is evidence that Neanderthals knew how to effectively use plants as medicine. It is thought that humans realized plants could be used as medicine through watching animals eat. Through observation, our ancestors sought out the same plants to cure various illnesses. Through a lengthy trial and error process, people figured out which plants helped with different ailments. They created unique and ingenious ways to turn a wild plant into a tea, salve, or powder to help relieve discomfort, pain, or sickness. From the archaeological record, we know the oldest written evidence of using plants as medicine is from a 5,000-year-old clay tablet from Sumer .

Plants had many different uses. Particular plants were thought to clear and protect physical spaces from unseen threats. Certain plants were also thought to clarify the mind and spirit with a purging power and effect. These traditions were equally as important as curing an ache or pain due to the worldview or religious beliefs of a culture. 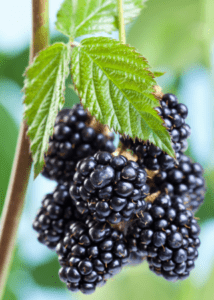 Yes, the fruit you may have sitting in your refrigerator may have medicinal properties! Blackberries are one type of plant that can be used as a remedy. Certain groups of the Cherokee Nation used blackberry  plants to help soothe an upset stomach or irritated joints. The roots can also be used to help cure a bad cough. The plant is also adept at helping to strengthen one’s immune system. Another plant more commonly considered a food are prickly pear cacti . Though they can be eaten, they also have valuable medicinal properties. Historically, they have been useful for treating different skin injuries like burns or boils, but modern research has suggested that the fruit is also able to help lower cholesterol or prevent certain cardiovascular diseases. Gooseberries and currents are also famed for their healing abilities. Currents were brewed into a tea to help alleviate sore throats by certain groups of the Comanche people. The roots can also be used as an effective eyewash or to help with skin inflammation. 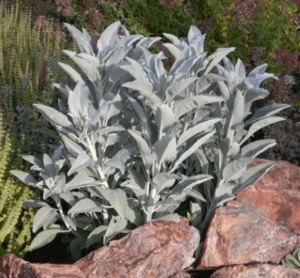 In addition to berries, there are many different types of seeds as well as plants normally considered to be weeds that have numerous medicinal properties. Flax seed  are one example that have been farmed by people for thousands of years and have anti-inflammatory agents. They can also help to lower blood pressure. A plant usually thought of as pesky is the nettle. It was used by several indigenous groups to help with joint and muscle pain. It was also brewed into a tea that would help calm the stomach. Sage is another plant that holds an important role. Sage  is most recognizably used as a cleanser for spaces as well as the mind and body. The act of burning sage has roots that can be traced to Native American practices. Some cultures would burn sage to cleanse an area or person,  protecting ridding them from unseen threats. 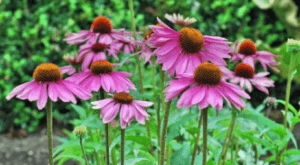 Flowers are perhaps the most well-known and easily recognizable natural medicines. One that is common around the United States is Echinacea, or the purple coneflower. This flower, while very pretty in a garden, is also useful for helping alleviate symptoms of the common cold  and boosting one’s overall immune system. Lavender is another common flower and scent many people can recognize. Lavender has been used as a kind of sedative. Another common plant used in traditional medicine is the California Poppy. This flower has useful seeds and leaves that the Costanoan  people would use to create a mixture that could kill lice. Other groups are known for using this flower to create a mixture that could help with tooth, head, or stomachaches. 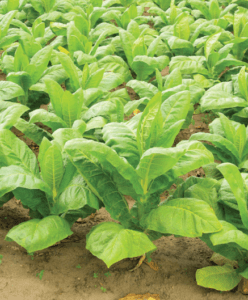 Tobacco is a plant that is native to the Americas and is now well known for being the main ingredient in cigarettes. Tobacco was and still is a very important plant for certain Native American groups. It was used as a medicine and served an essential role as a ceremonial and spiritual plant. Though the rates of smoking recreational tobacco have decreased, certain Native American communities are working to bring back its spiritual and ceremonial use. These traditions largely do not promote smoking the tobacco, but instead use it more like an incense, mitigating any health risks it may have once posed.

Though we are covering the historical and archaeological use of these plants as medicine, it is important to remember that these practices are still very much alive. Native American communities across the United States still use traditional and cultural methods in an effort to pass down the tradition as well as practical ways to alleviate pain or discomfort. These practices, however, should only be performed by experts who know what they are doing. Look out for our blog next week and our continuously updating blog with remote learning resources for those at home!