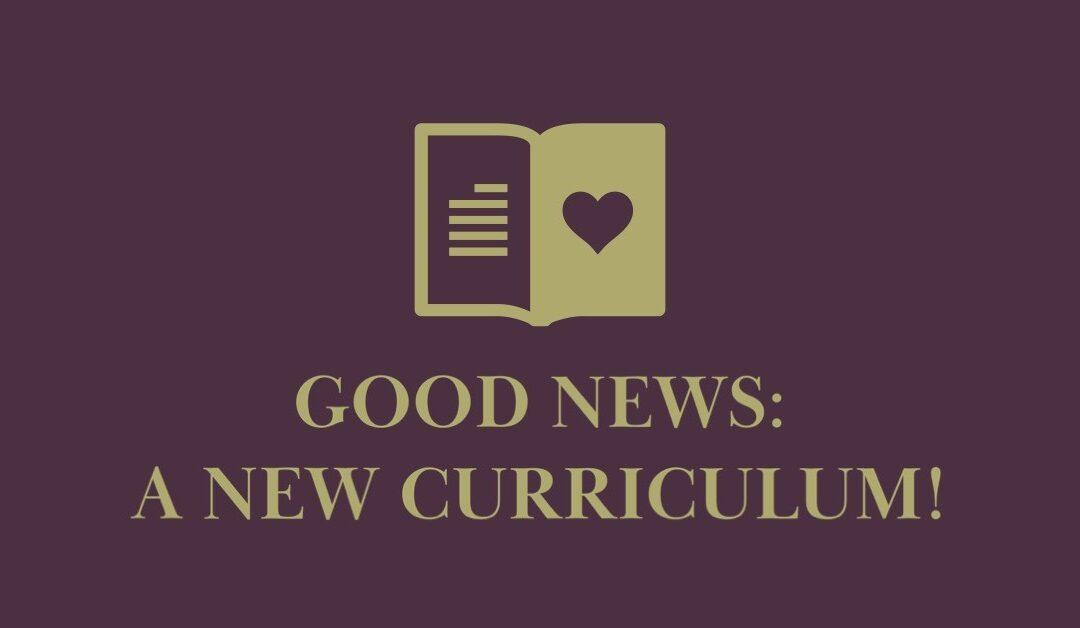 It’s official: we have something NEW for you. Over the next few weeks, look forward to more posts with exciting things like a discount code, free lesson, and testimonials about our new Project Archaeology: Investigating Rock Art regional curriculum: Investigating Medicine Rocks. For today, learn a few things about this area and those who passed through or lived there. 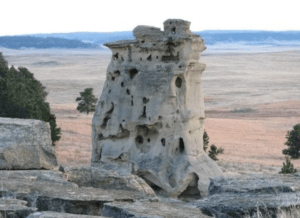 One of the many beautiful formations at Medicine Rocks State Park. (Photo courtesy of Montana State Parks)

One of the many beautiful formations at Medicine Rocks State Park. Medicine Rocks State Park is near Ekalaka, Montana in the southeastern part of the state. It is remote and very beautiful. Though better known for its stunning landscape, the park features some incredible rock art that documents people living and moving through the area for thousands of years. Teddy Roosevelt passed through the area in 1883 and had this to say: “as fantastically beautiful a place as I have ever seen.”

This park has a far longer history that extends well beyond early presidents. The land we now know as Medicine Rocks State Park was used by the Sioux, Northern Cheyenne, and Crow for ceremonial and sacred purposes. There is also archaeological evidence of people living in the area as long ago as 11,000 years ago.

Author of the curriculum, Sabre Moore, had this to say about the new Project Archaeology curriculum:

In Investigating Medicine Rocks, students will study an archaeological site at Medicine Rocks State Park referred to as “Locality E.” Studied by archaeologists in 2010, Locality E consists of hundreds of instances of inscriptions, including historic to modern names, initials, dates and images. It also contained a nearly complete side-notched arrow point dating to the Late Precontact Period (1050 B. P.

Nearby to this site is a cave or rockshelter that was completely eroded through the sandstone, which served as a temporary camp site for Herbert Dalton, a sheepherder-sculptor that lived 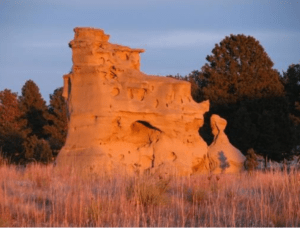 Do you agree with President Roosevelt that the park is “fantastically beautiful”?(photo courtesy of Montana State Parks)

in the area and carved the notable “Lady of the Rocks” inscription. A series of nails were driven into the wall of the cave and used to fasten a cover (likely canvas) to the east entrance, providing added shelter from wind and other weather. 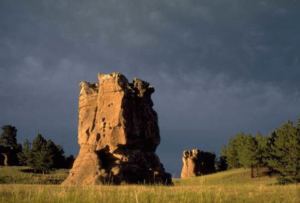 The park with an approaching storm. (photo courtesy of Montana State Parks)

Look forward to learning more about this area and the curriculum, Investigating Medicine Rocks, in the coming weeks. It will Be available on our website August 17th!