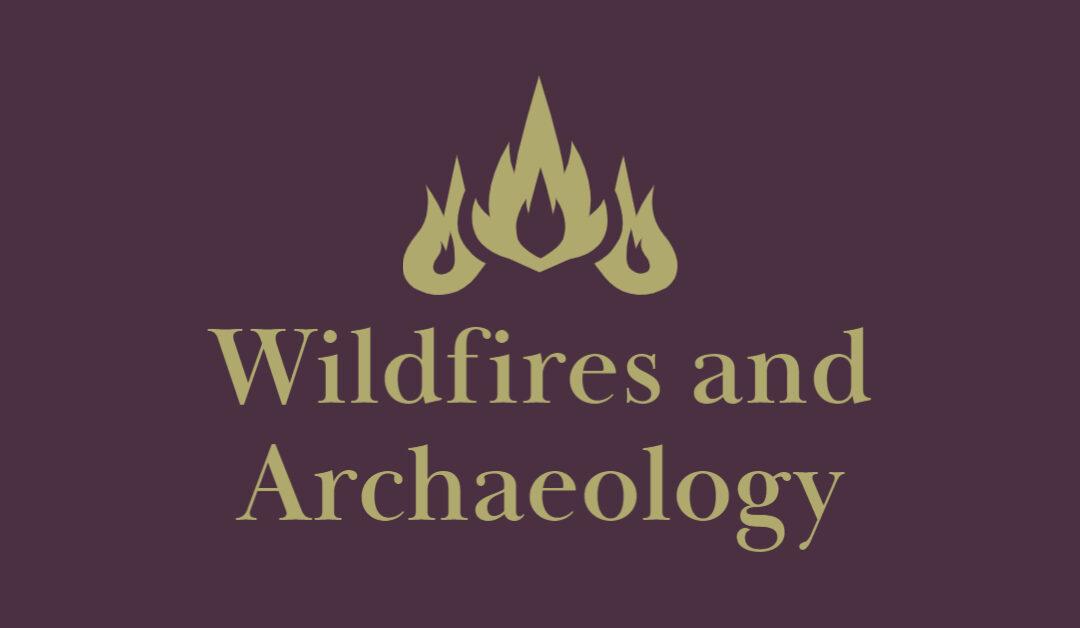 2020 is a year that seems to have it all. The past few weeks have featured a few different natural disasters. There are hurricanes in the Gulf of Mexico, tornados in the Midwest, heatwaves rolling across the country, and wildfires to the west. Natural disasters aren’t great in good years, and 2020 has been a challenging one, but natural disasters affect more than just current human habitation. 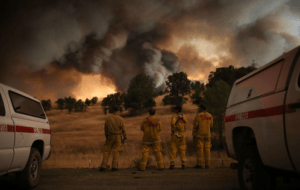 It’s easy to forget, but there are countless archaeological sites all over America, both ones that we know about and as those that have never been documented or seen since they were originally occupied. These sites are very much part of our landscape, even if they are sometimes hidden from view. Because they are part of the landscape, that means they can be affected when a natural disaster tears through.

One of the many difficulties behind being an archaeologist is finding a site—sometimes you get lucky, but more often it takes countless hours of research and time—and no, “X” hardly ever marks the spot. At times, part of that luck is nature lifting the curtain for us.

Though dangerous and deadly, hurricanes can sweep away portions of beach, cliff, or topsoil to reveal archaeological sites embedded in the land or wedged between stratigraphic layers of soil. Tornados can uplift plants or tear holes in the ground that reveal artifacts or features. Wildfires can be so ferocious that they can burn down several feet of topsoil to uncover sites that were deep below the surface.

Archaeology’s connection to natural disasters and climate change is a growing focus of this occupation that has only become more important to study in the last decade. Rising seas and severe storms are washing away coast-lines. This increased rate of erosion has led to archaeological discoveries as well as the destruction of many archaeological sites. One such discovery was found on San Nicholas Island off of California. Sea erosion revealed new artifacts that help archaeologists better understand Native American groups living in California in pre-contact times. In addition to rising sea levels and erosion, the increased occurrence of violent storms has also revealed archaeological sites. The most famous occurrence of this is probably Skara Brae, an archaeological site in Northern Scotland that was made more visible by storms and erosion until its excavation.

Though revealing the archaeological content is helpful, it does not come without inherent damage to the sites and objects themselves. In many cases, it can also lead to a complete loss of information. Wildfires are no exception. Many different things can cause wildfires, but they have been around for as long as forests have. They are a devastating and destructive force. Each year thousands of people die and there are billions of dollars’ worth of damage.

Many wildfires are an important and natural event that is healthy for the environment and specific ecosystems. Wildfires burn away the built-up excess of organic, biological material that builds up on the forest floor. Though a little buildup is good, since it acts as fertilizer and food, too much can clog up the 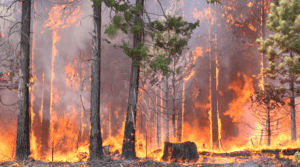 system and prevent plants from growing. Fires can burn this away, allowing plants to regrow in a cleared out ecosystem. The fire also increases the fertility of the soil by introducing the burned plants and animals to the topsoil.

Humans noticed all these benefits early on in history and started replicating the effect to create more room for farming and increased soil fertility for their crops. With this knowledge, several cultures developed a slash-and-burn agricultural model that was incredibly effective worldwide through time. Though humans long ago came up with this model to support themselves and their communities, human involvement in wildfires today has turned far more accidental and deadly.

When wildfires burn away the debris from the topsoil, this can be great for archaeologists. Flat spaces without plants are the perfect condition in which to see archaeological sites. Rather than spending entire field seasons surveying a dense forest or area with plant material obscuring the ground, a wildfire clears everything away to give an archaeologist a chance to see anything there is to see on the ground. Though excellent for visibility, wildfires can also do great damage to sites and artifacts. A particularly bad wildfire can burn multiple feet of soil away, so if a site is close to the surface, a great deal of information and context could be lost. 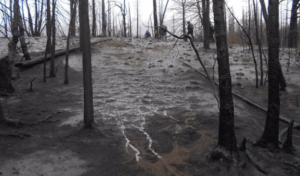 Wildfires are part of seasonal life all over the United States, but particularly in the western US. The Forest Service has created protocols to best protect archaeological sites. There are many procedures, such as ensuring each fire has an assigned archaeologist who is fire qualified. These archaeologists have regional knowledge and expertise so they can set appropriate priorities for the different sites to ensure they are protected as best as possible. Most of this work is preventative, with very little actual archaeology, like survey or excavation being done due to the lack of time and inherent danger. Another step in the preventative work is using chemicals or other materials to protect sites or different features within the sites.

Wildfires and other natural disasters can have devastating effects on the natural and human worlds, but they have also been a facet of human life for as long as we’ve been around. With time has come innovation and adaptation, which will be the focus of our blog for next week! You will hear the voices of experts about their interactions as archaeologists with wildfires in the weeks to come.