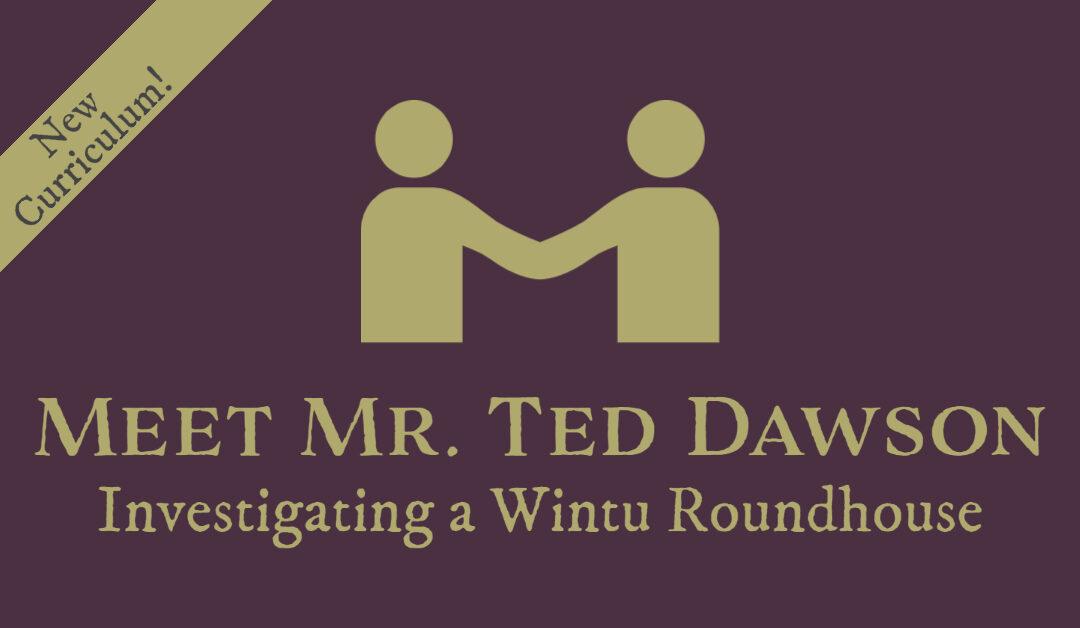 Adapted from an interview with Mr. Ted Dawson

Today, we’d like to introduce you to Mr. Ted Dawson! He is the Descendent Community Member that guides students through Investigating the Wintu Roundhouse. 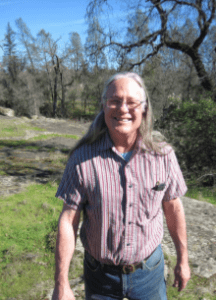 Mr. Dawson is an ethnobotanist, herbalist, and educator. He teaches about the relationships between people and plants. Mr. Dawson has had a lot of education in order to teach about health, plants, and people. He has earned many graduate degrees during his training. His Nor Rel Muk grandmother and great grandmother took him everywhere when he was little. He began learning about plants from them.

In the 1980’s, Ted was in Santa Cruz, California finishing graduate school to become a Health Educator. During sweat lodge ceremonies, a medicine man told him to come home. He returned to the Redding, California area where he has lived since. The following is in his own words:

There are 7-9 Wintu tribes. The number depends on who you ask. The tribes had different names based on traditional territories. One example is Nor El Muk meaning from Trinity County. Another is Nomtipom Nomsus, meaning from the Bald Hills. The Winnemem Wintu, or the Middle Water People, are from the McCloud River. Their ancestors were living right here in villages in Redding. 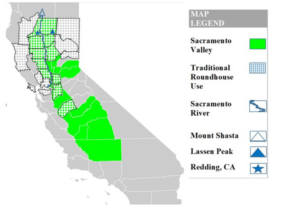 Geographic Location of the Wintu People

Villages were founded on flat ground, but not too close to the water so they would not have to worry about mosquitos. They would also need to be able to dig a fire pit or they would not want to live there. Doors would open to the closest water source. A village would have a meeting house that would be used for ceremonial purposes, like the roundhouse. There would have been places where people lived, like the cewels, or bark houses. There would be hide-covered sweat lodges and shelters like uncovered sweat lodges for the women to use when they were needed.

We lived outdoors. We would only go inside for shelter. On a beautiful day, why would you go indoors? We would just throw a blanket down.

In Turtle Bay, across from where the Sundial Bridge is, there is an ancient village site. Two times a year, the Wintu would all come and do their trading. This was at the salmon festival. They would come for the salmon and the young guys and gals would meet. They would come back in the fall and tell their elders who they liked. The elders would decide if this village needed a man or a woman. The couple didn’t really get to decide.

The input from Mr. Ted Dawson is essential to Project Archaeology curricula and exposes students to crucial information about the site and the people who lived there. Tomorrow, you will get to hear from the archaeologist featured in Investigating a Wintu Roundhouse.