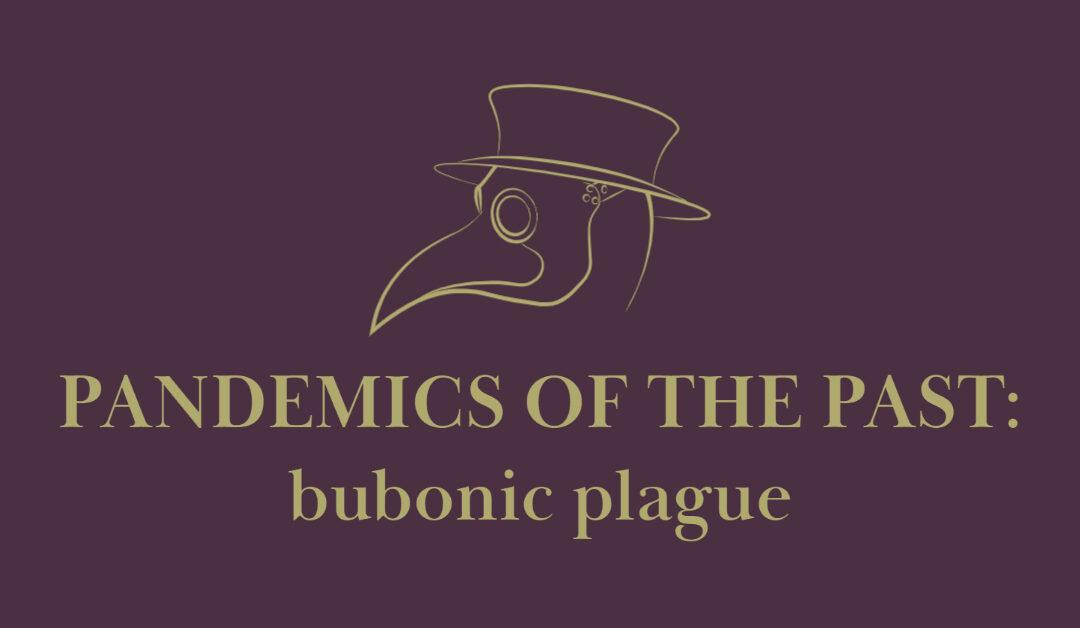 I’ve covered a lot of ground with y’all in 2020. Together, we’ve learned about how things like sailing or alcohol happened, redefining what shelter means, the history and intricacies of wildfires and archaeology, and heard from awesome network members that are actively improving archaeology education. Perhaps the most poignant thing you’ll remember from this year is the COIVD-19 pandemic. We hope this series will help you understand pandemics, historically, and the one we are currently in better. You may be surprised about how very intertwined human history and archaeology is with plagues.

We will be investigating the archaeology of some of the biggest pandemics humankind has experienced in our new blog series. First is the bubonic plague. In the future, you can look forward to hearing about smallpox, tuberculosis, leprosy, and viral hemorrhagic fever. Though all of these illnesses are known for having a heavy impact at one moment in history, they infected people throughout time and we will cover the full extent of its involvement with human life.

Though this title is sort of a joking phrase written by a European man during the Black Death, it accurately characterizes the mortality rate of the bubonic plague. It may be more clever than accurate, but it does accurately express the other contagion of the time: fear.

The bubonic plague is known for three different periods of widespread infection: the first outbreak in the 6th century called the Plague of Justinian, the Black Death pandemic in the 1300s, and the 1800s outbreak in China, Hong Kong, and India. The bubonic plague is caused by the bacterium Yersina pestis, and it causes a range of symptoms like fever, vomiting, aches and pains, and extreme swelling near lymph nodes areas like the armpit and groin that would leak or burst. After hours or days of suffering, the death rate was around 50% for untreated patients before modern medicine.

The Justinian Plague is thought to have originated in what is now Ethiopia, spreading north to Egypt through trade and the finally into Constantinople. Scientists believe the Black Death bacterium made its way from Asian to Europe carried by fleas. Fleas would then travel on rats, and rats would scurry aboard ships sailing from Asia to Europe.

Though the most well-known outbreaks did not happen until several hundred years ago, archaeologists believe that Yesina pestis has been around since before 1800 BCE. Scientists can now use gene sequencing to track infections in human remains. This is a relatively new technology in an archaeologist’s tool belt that has enormous potential to reveal information about human genetics and the spread of disease through time. Thanks to gene sequencing efforts, scientists now believe that the Black Death in its modern genetic form is originally from China around 2000 years ago. Through time, the plague killed around 50% of China’s population in the 1300’s outbreak, or millions of people. With time, China began to grow as a more cohesive empire. Part of this growth was the expansion in trade, conquest, and exploration efforts. These new travels gave the bacterium many roads to travel by:

With all the deaths caused by the Black Death, people were desperate to protect themselves and their loved ones, which meant staying far away from any infected person—dead or alive. As a result, mass graves became more and more common as a solution to dealing with the huge amount of corpses.

Archaeologists can excavate these mass graves to learn more about the plague. Archaeologists only dig when it is necessary and are supposed to excavate human remains with the utmost respect and care. There is a great deal of analysis that can be performed on skeletons that provide crucial information regarding the Black Death. Mass graves can give archaeologists statistical information about how Yesina pestis affected gender, age range, and other demographic information. It can also help the creation of statistical models that track infection rates through time. All of this information tells us about those living during the outbreak, but it can also help us better understand how modern pandemics will happen and what sorts of patterns to account for and expect.

Beyond excavation, there is also gene sequencing. Exhuming skeletons can allow scientists to isolate the Yesina pestis bacterium and sequence it. Sequencing Yesina pestis through time shows how the bacterium changes and evolves through time. Understanding that evolution can help scientists understand how other viruses or bacterium have evolved and even how those of the future would. This research can help us all and keep us safe.

It is not just bones that inform archaeologists of past events, but also what we find with them. It is common practice for people to be buried in a certain manner dictated by religion or culture. Sometimes, people are also buried with objects, and these objects can provide archaeologists with context about the time period of the burial, why the individual was buried in a specific way, or other important details that help archaeologists understand. One observation that archaeologists have about these mass graves is the lack of convention, there is no observable pattern or ritual in body placement and to archaeologists this indicates the mood of the time, which was panic. There was a great deal of fear about getting sick and dying, so people avoided the sick, dying, and dead. Even burying people was a considerable risk, and it is a testament to humanity that people were even buried. Perhaps the most famous plague artifact is a doctor’s suit, featuring a long coat and beaked mask. Archaeologists have found and studied many of these artifacts, which acted like medieval hazmat suits. Doctors did not understand how people were getting sick, so as a precaution, they wore these uniforms that covered their entire bodies. The masks covered the entire head and had goggles for the eyes. The beak, though it may be creepy to us, was packed with herbs and other plants doctors hoped would give them the medicinal edge and prevent themselves from breathing in any sickness.

Archaeology can also show us the perseverance in human behavior. Caring for one another in sickness and in health is incredibly rare in animals. Some actually swing dramatically the other way—for example, quokkas have a biological response to being threatened. They expel their babies from their pouches so predators are attracted to easy prey as the parent runs to safety. Archaeologists get the opportunity to study how humans care for each other, and the true selflessness that stayed constant over thousands of years. Through the work of archaeologists studying past pandemics, we can be assured in this modern iteration that human civilizations have survived many pandemics.

“History repeats itself” is one of the most common phrases uttered in history classes, and pandemics and diseases are no exception to this rule. Archaeology has the unique ability to show what humans have done in the past that was effective, like quarantine. The idea of a quarantine is one that originated from the second Yesina pestis outbreak in Europe. It started in Venice, where ships were required to anchor outside the city for 40 days before docking in the city. The waiting period ensured that there were no infected people on board, and the word is Italian in origin using “quaranta,” or forty, and “giornia,” meaning days. Another Italian invention archaeologists have found evidence of is plague islands. One such example is the island of Poveglia, a small island near Venice that people infected with plague were forced to go to quarantine. Though a cruel measure to control the outbreak, it effectively sequestered the sick in one remote area. Archaeologists have confirmed that there are mass graves on the island.

Archaeology can be incredibly helpful for studying past pandemics. Excavations and analyzing artifacts can yield information vital to understanding what happened during these past events. Archaeologists can use the collected data to understand how many people died, what cities looked like at the time, or how effective doctors’ uniforms were at preventing infection. All of this information helps us react to modern pandemics in the best and safest way possible. Next week, archaeology will tackle the viral hemorrhagic fever pandemic!