Pandemics of the Past: Smallpox 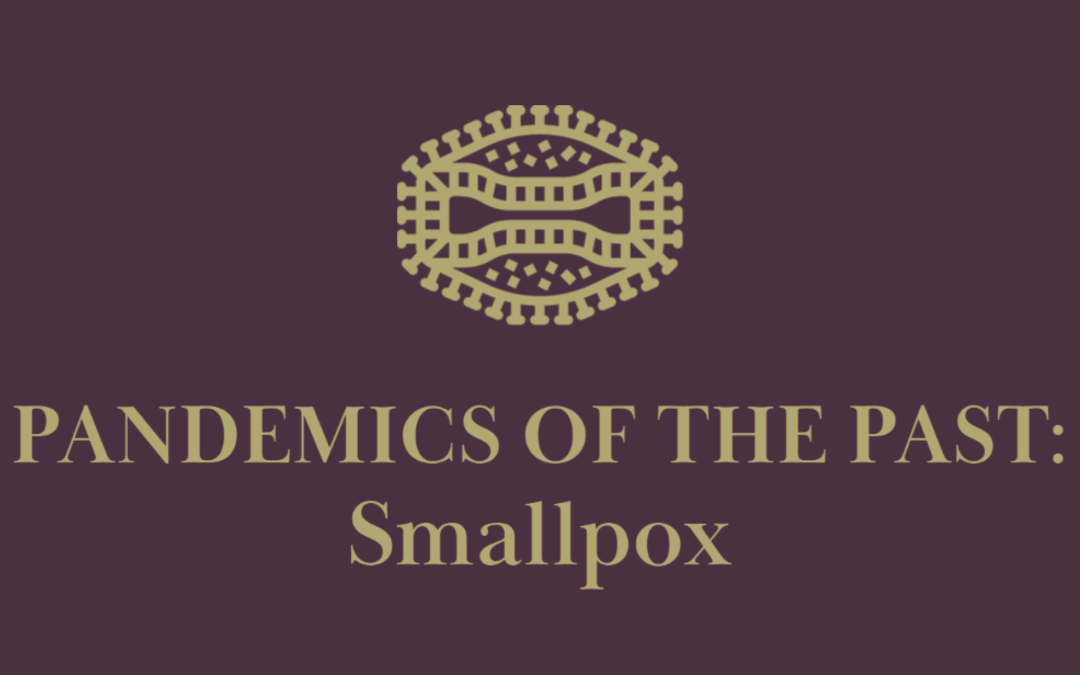 Smallpox is perhaps the most well-known plague in human history. Scientists and historians believe that the virus has been around for as long as 10,000 years and originally developed from human contact with animals. Like other viruses covered in this series, smallpox is thought to originally be a disease restricted to animals. However, as humans shifted away from hunter-gatherer groups to settling down and forming communities, they had closer contact with animals. This closer contact eventually led to viral contamination, spreading smallpox from animals to humans. This is not always the case with the development of a virus, but it can be a common method of transmission.

Viruses develop and change through time; they evolve as they spread to new people and populations. Smallpox is no different. One of the biggest challenges in archaeology is being able to track these changes and detect viruses like smallpox in the historical and archaeological record. Thanks to modern technologic and scientific practices, sequencing smallpox has become possible. The oldest scientific proof of smallpox was recently found in Viking skeleton teeth. Archaeologists isolate the teeth, extract viral DNA, and scientists sequence it. This sequencing effort has shown that Vikings were infected with smallpox. As they raided and traveled around Europe, they spread the virus too. Vikings are not the only ancient skeletons to show signs of the virus. Ramses the 5th was an ancient Egyptian pharaoh who ruled 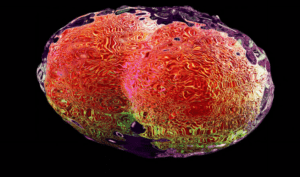 around 2200 years ago. His incredibly well-preserved mummy has telltale signs of smallpox blisters on his skin.

There are also historic records that suggest, in addition to ancient Egypt, ancient India and China also had cases of smallpox in early antiquity thousands of years ago. Archaeologists have found early written descriptions of smallpox in Chinese texts that date back to around 1600 years ago. There are other early written descriptions archaeologists have found and analyzed in India. Archaeologists can trace smallpox fairly easily throughout history since there are usually cases after one population is introduced to another. For example, when China and Korea began regular trading with Japan, or during the Trans-Atlantic Slave Trade.

It is important to note that these very early cases may have looked very different from what we know as smallpox today. As diseases develop, they can take on new symptoms and levels of severity. Ancient cases suggest that some of the more recognizable symptoms have been around since the beginning. Some of these symptoms include the pustules, but the other more deadly aspects were not as severe in antiquity. This is attributed to the “animal” qualities present in the genome at the time. These qualities were still present because the virus was still adapting to its new, human hosts as people in Europe, Asia, and northern Africa slowly developed a degree of immunity. Modern strains of smallpox are those from the late 1400s to modern day. This current version of smallpox as well as the data from its outbreaks are far more extreme.

There have been several massive outbreaks of smallpox throughout history, but one of the best known and most devastating was the outbreak in the early 1600s in North, South, and Central America during the Spanish Conquest.

The North and South American continents were neither undiscovered nor completely new to Europeans. Tens of millions of people lived on the land and had been there for thousands of years, so while certain European explorers raised awareness for the existence of the land, they did not discover something no one had seen before. Columbus was also not the first European to set foot on the Americas. That title goes to Leif Erikson, a Viking explorer who landed on the coast of Labrador, Canada around 1000 years ago. There may have been other individuals before Erikson, but he is the earliest person archaeologists have proof landed on North America. Archaeologists have discovered early Nordic settlements on the far eastern coasts of Canada, providing evidence for the story.

The next known European to visit the Americas was Columbus, and after him, hundreds and thousands of Europeans came. When a person is raised in an area, they become used to the illnesses of that location and its people. Their immune system develops protection against the illnesses. However, when introduced to new people or places, the immune system is defenseless against new pathogens. This is the reason most college freshman come down with a cold their first semester. They are in a new place with new people, and they bring illnesses from all over. The same phenomenon happened when Europeans came to the Americas, but in a much more dramatic fashion.

Smallpox had been around in Europe, Asia, and Africa for thousands of years, and while outbreaks still certainly happened and many 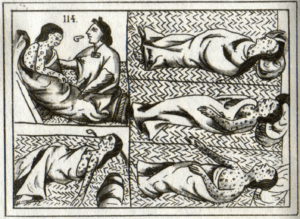 died, over time, people developed a natural immunity. No such immunity was present in American populations, and the effect was nothing short of catastrophic. In the early 1500s, as different European nations like Spain sent generals and men to colonize cultures in the Americas. European diseases, like smallpox and other viruses, spread like wildfire through both continents and decimated local populations.

In the early 1500s, an estimated 30 million people lived in the area where Mexico is today. A few decades and several epidemics later, archaeologists estimate between 1.5 and 3 million people were left. Smallpox quickly spread from North to South America, infecting and killing millions—including the emperor and his heir to the Inca Empire. Archaeologists now estimate that these viruses and lack of immunity led to 90% of native populations in North, South, and Central America losing their lives. This level of loss led to empires collapsing and irrevocably changed the course of history.

Though smallpox is best known for its historical damage, there have been many modern outbreaks as well. Between the 1700s and mid-1900s, millions of people around the world died from smallpox. There were outbreaks in major American cities, like Boston, Philadelphia, and New York as well as in major international cities, like London. These worldwide outbreaks were especially tragic because in 1796, an English doctor figured out how to inoculate people to protect them against smallpox, so there was a way to save people but few people knew. 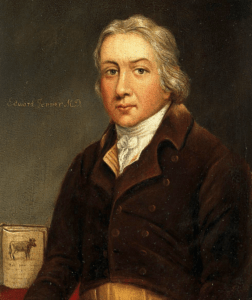 In 1796, Edward Jenner realized that he could take fluids from a person infected with cowpox—a disease with similar, but far less severe, symptoms—and inoculate it into a healthy person to make them immune to smallpox. The idea of inoculation was not new and had been done around the world for smallpox using different methods. An actual vaccine, however, was a different story. People were apprehensive at first, but the idea of a vaccine eventually caught on with more and more European countries mandating that their citizens get the vaccine.

It took a long time before a vaccine was ready and could be distributed around the world. More and more people continued to contract and die of smallpox until the World Health Organization (WHO) created a massive campaign that called for the complete eradication of smallpox.

Smallpox is well known and feared for a few reasons. First, is its lethality. Three out of ten people died from smallpox, and a far higher percentage have permanent scarring or are otherwise disabled. Second, its deep roots in imperialism and colonialism. Archaeologists will never know if Europeans used smallpox as a biological weapon in the 1500s, but regardless of how “on purpose” it was, millions of indigenous individuals died because of this virus and others like it. Smallpox toppled empires and negatively impacted entire cultures in only a few decades. Three, it kept coming back. Unlike the Black Plague, another memorable virus, smallpox continued to take thousands and millions of lives until it was eradicated in the late 20th century. The Black Plague, devastating though it was, had several outbreaks in medieval times and did not come back. However, thanks to the hard work of health organizations and scientists, smallpox has been eradicated since the late 20th century.

Next week we are briefly leaving pandemics and covering the archaeological origins of your favorite Halloween creatures.