Climate Change and Archaeology: The Ice is Melting 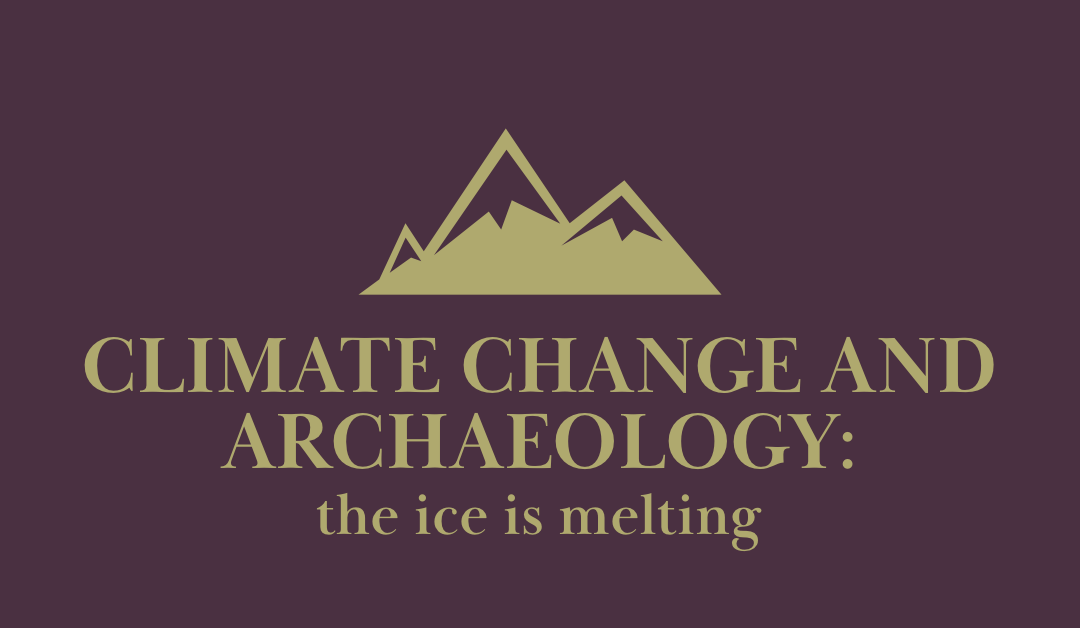 Archaeology is a unique profession for many reasons. One of those reasons is how many environments it can take place in, from deserts to the ocean floor to the rainforest to inside a glacier. If there is a will, there is a way, and archaeologists have incredibly strong wills. In our new series, we will be covering climate change and how it is affecting archaeological sites. First up is melting ice.

What Are We Dealing with Here?

The words “climate change” are thrown around a lot these days, so it can be hard to nail down what it really is. Simply put, the idea of climate change is a reference to how the climate and weather of our planet is changing from a baseline of what it should be to a new normal due to human interference. This change is not good because it is interfering with patterns and norms that have been in place and stable for thousands of years. One of these changes is the increase in the average temperature by two degrees Celsius over the last one hundred years. Though two degrees may not seem like much, it is a huge change that affects extreme climates the most. Hot areas get much hotter and cold areas begin to thaw. Far away ice caps may not seem like a big deal, but take a moment to consider what is changing. At the North and South poles, ice freezes and melts in seasonal patterns. During warmer summer months, some of this ice melts away and then refreezes in the colder winters. This cycle is natural and normal, but this temperature increase has changed the amount of freezing and thawing. Seasonal melt has increased dramatically, meaning much more ice is melting in the summer than should be and the winter freezes are less expansive than they used to be. Ice continues to melt away, adding freshwater to the ocean and preventing ice from reflecting solar energy back into the atmosphere, leading it to be absorbed by the ocean instead. This addition alters the chemistry of ocean water and causes ocean levels to increase around the globe. This change is nothing short of catastrophic, for both people and archaeological sites.

The Archaeology of It All 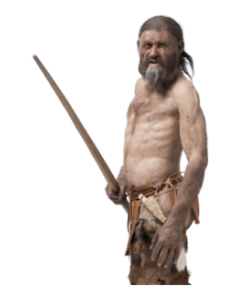 Ice and cold temperatures are perfect for preserving things; it’s why you put your food in a refrigerator. Ice acts the same way for archaeological sites and artifacts, freezing them throughout time so that very little changes. The problem comes when these areas and their artifacts are no longer frozen. The change in temperature brings them out of stability and into a world of heat that allows objects to quickly rot away to be lost forever.

Frequently, people find things before archaeologists. Otzi is a perfect example, the famous ice man found in 1991 in the Italian Alps. Two hikers discovered him because his upper torso had melted out of the snow and ice. A great deal of scientific analysis has been done of Otzi, which has revealed a wealth of knowledge about people who lived in the Italian Alps around four thousand years ago. Currently, Otzi is still kept in cold storage in a museum to prevent him from decaying away. At the time, his discovery shocked the world not because of the indication of climate change but because of how much information he could tell us about the people living in the area thousands of years ago.

Though Otzi’s story is fascinating, it is not unique to archaeology anymore. Thanks to warming temperatures, more and more artifacts are melting out of the ice faster and faster all over the world. Archaeologists race the clock to keep up. In this devastating reality, there is an uncomfortable silver lining: discovery. With these sites emerging from the ice, archaeologists have learned more about the past than they have ever been able to before. This is an unprecedented age of discovery for sites in the arctic as long as archaeologists are there to record the information, otherwise it is lost forever.

One team of archaeologists is working to document Mongolian ice patches. Mongolia’s early people and history has been challenging for archaeologists to understand and study because of its ice and traditions of nomadic culture. Recently, these ice patches have been quickly melting away and revealing artifacts. These discoveries can help us better understand the Mongol people before Genghis Khan or the origins of the Silk Road.  However, they also pose a serious threat to the nomadic way of life for many northern Mongols who need the ice

Ice patch change in Mongolia (Photo from Taylor et. all, 2019)

patches as a source of fresh water and to herd their reindeer.

Over in Europe, archaeologists are quickly taking to a new subfield: glacier archaeology. Glaciologists think that “95% of the approximately 4000 glaciers in the Alps” will have melted by the end of this century, yielding more important finds like Otzi. In this regard, glacier archaeology is unique to the field. Archaeologists must deal with incomplete pictures of the past all the time. The climate dictates what survives long term and what does not. For example, Egyptian papyrus can survive for thousands of years in the dry, hot climate of Egypt. More humid and wet areas, like jungles or forests, make preservation of textiles or other delicate remains difficult. Because these remains breakdown before archaeologists can study them, we do not get a clear picture of the area since something is missing. Glacier archaeologists do not have this problem as long as the artifacts remain in the ice. The steppes of Mongolia and the European Alps without the ice would not preserve delicate artifacts like woven rope, leather shoes, or an individual’s stomach contents. In this way, the ice preserves far more information than the climate would without it, giving archaeologists a wealth of previously unknown knowledge.

Ice patch archaeology started in North American in the early 1990s in response to hikers finding more and more ancient artifacts that had melted out of the ice. Archaeologists work to collaborate with Indigenous Peoples to identify past sites and preserve them for the future. Closer to home in Bozeman, Montana, Dr. Craig Lee and Dr. Shane Doyle worked together in the Greater Yellowstone Ecosystem to uncovered what they believe to be an atlatl that is over 10,000 years old. This is among many other artifacts they have found and studied, which provide a new understanding of how Native Americans lived and interacted with their environment.

The work of Dr. Doyle and Dr. Lee brings up another unfortunate aspect of the melting ice: illegal collecting of artifacts on public lands often called looting. With artifacts falling out of the ice, passersby see them, pick them up, and take them home. Looting is also not always so innocent. A growing problem in arctic regions is people looking for ivory. Mammoths and archaeological artifacts of carved ivory are becoming more and more valuable. Looters will go to locations and dig for ivory and take it, meaning its information is forever lost. 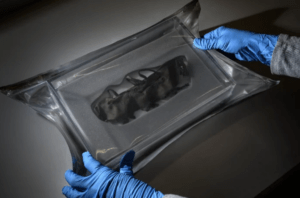 Leather shoe preserved in a glacier (Photo from Fabrice Coffrini/AFP)

In an archaeologist’s dream world, we have unlimited funding and time to document sites. However, we do not live in an ideal world. Until modern times, archaeologists did not do much digging in arctic regions. There are several reasons for this. The first is based on a lack of knowledge, as archaeologists did not believe that people in the past would ever live in environmental conditions. The second is funding. Arctic regions require a great deal of expensive equipment and supplies, so digging in more forgiving climates is much easier. Thirdly, digging in the arctic is very difficult. Permafrost is almost impossible to dig through using traditional methods and the ice and snow can obscure objects and sites, even during survey. All of these reasons combined mean that we don’t even have an accurate picture of how many archaeological sites there could be in the arctic environment. On top of that, we have no idea how much information we have already lost and are currently losing.

Because of these factors and the high rate of melting, archaeologists are turning to an unfortunate but necessary reality: documentation over preservation. We cannot preserve all of the sites and artifacts we are losing; it is impossible. What we can do is try to document as many sites and artifacts as possible. This documentation preserves scientific and historic knowledge for future generations, so while the physical evidence may be lost, its information could be saved.

Glacial archaeology is showing us how creative, adaptable, and resilient the humans of the past were. Areas previously believed to be untouched wilderness are increasingly understood to have been populated by humans very early in our history. The increase in scientific and historic knowledge we are gaining is tremendous, and it is providing incredible context to how we understood history. However, these discoveries are possible because of the damaging effects of climate change. Ice is melting at unprecedented rates, which also means that archaeological knowledge is being permanently lost. What is the best way forward? Respectfully collaborating with Native Americans and First Nations. Their ancestors lived on the land in challenging conditions and it is their material culture decaying away in the increasing temperatures.

As we discuss the looting of archaeological sites, please think about how climate change and melting ice is effecting Indigenous populations around the world. Due to climate change, pieces of history are being looted and stolen and important cultural practices, like hunting whales or walruses, are becoming more and more impossible because of the changing climate.