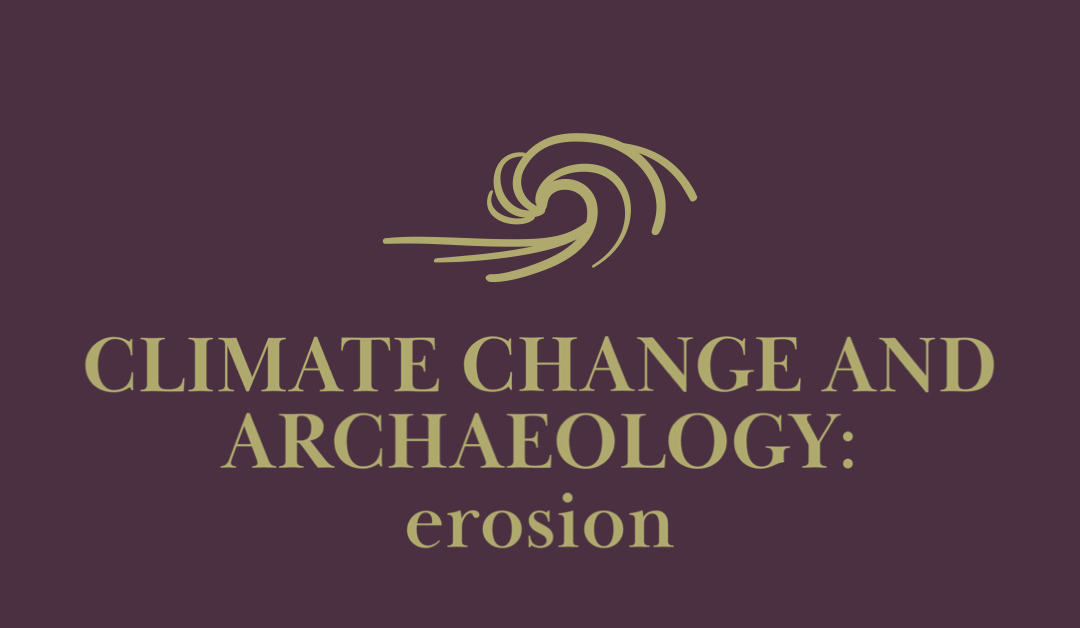 It is easy to forget that land is in the minority on our planet. The ocean covers 70% of Earth, and the remaining 30% is not all habitable thanks to impassable mountain ranges, scorching deserts, or icy shelves. With so much water and so little land, it is time we cover erosion in our climate change series.

The maps are wrong

It may surprise you to find out that the outlines of continents that you are familiar with are modern borders that have not always looked that way. Erosion is neither a new phenomenon nor one that has been solely created by climate change. It is a natural process that forms and shapes land. However, the rate of erosion and the severity can be attributed to climate change. Changes to wave height, storm ferocity, and increased rainfall have increased the rate of erosion.

Climate change, amongst other effects, has caused more dramatic weather patterns as well as an increase in sea level. These are

Many archaeological sites are located along the coastline and range from something as small as a midden to larger and more complex occupation sites. Erosion puts these sites and the information they contain in danger of being lost completely to the wind and waves. What is most unfortunate is the type of sites lost. Sites closest to the ocean are often the oldest, representing ages on which archaeologists do not have much information. The loss of these sites is especially impactful because they represent the loss of information about cultures and time periods that there is little research on and not much known.

Skara Brae is a famous UNESCO World Heritage Site in northern Scotland. It was built very close to the ocean and is a significant site. Skara Brae is incredibly well preserved and has provided a window into Neolithic culture and life of 4000 to 5000 years ago.This site has survived the ravages of time so well because it is almost entirely made of stone. At the time of its construction, there was little to no wood in the area. Homes had to be made from rock, so the entirety of Skara Brae subterranean and is constructed from stone. This site is a fascinating testament to human ingenuity, but its proximity to the ocean is cause for alarm. Scotland has stormy seas, and due to climate change, the storms are getting fiercer with time. There are also many observations and data collected that shows the waves are getting taller each year. Both of these things are causing the land around Skara Brae to erode away more and more quickly. Eventually, the entire site may fall into the ocean.

Unfortunately, Skara Brae is not unique in what endangers it. All around the world the rate of erosion is increasing due to increasingly dramatic weather and higher waves. Archaeologists believe there are likely many more sites in Northern Scotland similar to Skara Brae. If found and studied, archaeologists would have access to a wealth of information about the Neolithic world. The problem is that many of these sites are likely already lost to the sea and more will suffer the same fate soon. There is a silver lining. The impending danger has encouraged people to act. Archaeologists are creating techniques to locate sites like Skara Brae on the Scottish coastlines. Additionally, the dramatic weather may help reveal unknown sites. Though these things will not fix the problem, they help to prevent valuable, irreplaceable information from being permanently lost. 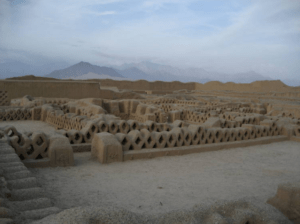 The City of Chan Chan

With climate change, it is easy to focus on the sea and coastal weather because ocean coastlines are the easiest places to see dramatic change. However, erosion can take many forms, and one of those is erosion by wind. The Chimu Empire was one that reigned on the desert coast of Peru hundreds of years ago. It was an incredibly complex civilization, with beautiful art, stratified society, and advanced architecture. One of the biggest cities on the North and South American continents at one point was the Chimu city of Chan Chan.  The city itself is made of adobe and still stands today. Archaeologists study the well-preserved city which has incredibly art. There are images that depict the seafood that made up the city people’s diet, the elaborate architecture that cleverly diverted water to allow for drinking and farming, and other elements of the city. Chan Chan is, in part, so well preserved because it is located in a desert. The city was abandoned after the natural water reserves dried up and a canal project to reach a far-away river was abandoned. The lack of human interference as well as the absence of rainfall preserved the city extremely well.

Climate change has started to change the idyllic conditions that once protected this ancient city. In recent years, there has been an increase in the amount of rainfall in the region. When the Chimu ruled the area, rain damage happened primarily in El Nino years, which only took place every 25 to 50 years. Any damage caused by the rains was easy for the city’s artisans and engineers to fix, but they are no longer here to protect their city. Unfortunately, climate change has been increasing the amount and frequency of damaging rainfall, which is turning Chan Chan’s adobe structures back into mud. Though the damage is devastating, the Peruvian National Institute of Culture is working to build roofs over parts of the city to protect it from rainfall. Archaeologists are diligently working to photograph, measure, and record the city. There are also more permanent solutions, such as the walls being strengthened with chemical mixes and liquids to strengthen the walls and prevent them from melting away. 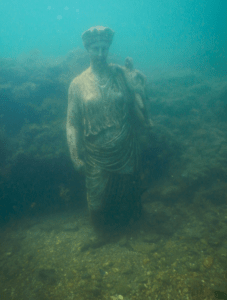 With the erosion of coastlines into the sea, it is easy to dismiss where the soil goes after that. After all, the ocean is very deep and very large, so one would think that it wouldn’t matter. Underwater archaeologists have a much different opinion. There are archaeological sites on land being threatened around the world’s coastlines, but there are also equally important ones in the water. These sites range from entire port cities to shipwrecks to other sites of human habitation. As higher waves and stronger weather bat at coastlines, they cause more and more soil to fall on the sea’s archaeological sites. This influx of dirt obscures some sights completely, making them difficult for archaeologists to find. This is another problem caused by climate change that prevents archaeologists from researching and learning more about the past.

Climate change does more than melt sites away from ice or burn them to the ground. It can cause far more subtle but equally damaging effects. As we enter a world that is more and more accustomed to the shifting baseline of expectations with weather and natural events, we also become used to the idea of archaeological sites being chipped away at until they are completely gone. Currently, there are thousands of sites around the world that are in danger of being swept out to sea, melted or damaged by increased rainfall, or obscured completely by silt filtering down. All, however, is not lost. These climate changes are creating a sense of urgency not just for archaeologists. Many other people are working on documenting sites and material before it is lost or to fund the important work that is being done. This urgent need to protect sites is resulting in a great deal of data being recorded that we can all learn from and appreciate. This documentation also provides proof of the sites in danger, which helps show how important it is to protect sites better. Even in a perfect world with none of these problems, it would be impossible to save, preserve, and document every site. The renewed interest in protecting sites and local archaeology is an invaluable response that will hopefully continue into the future.