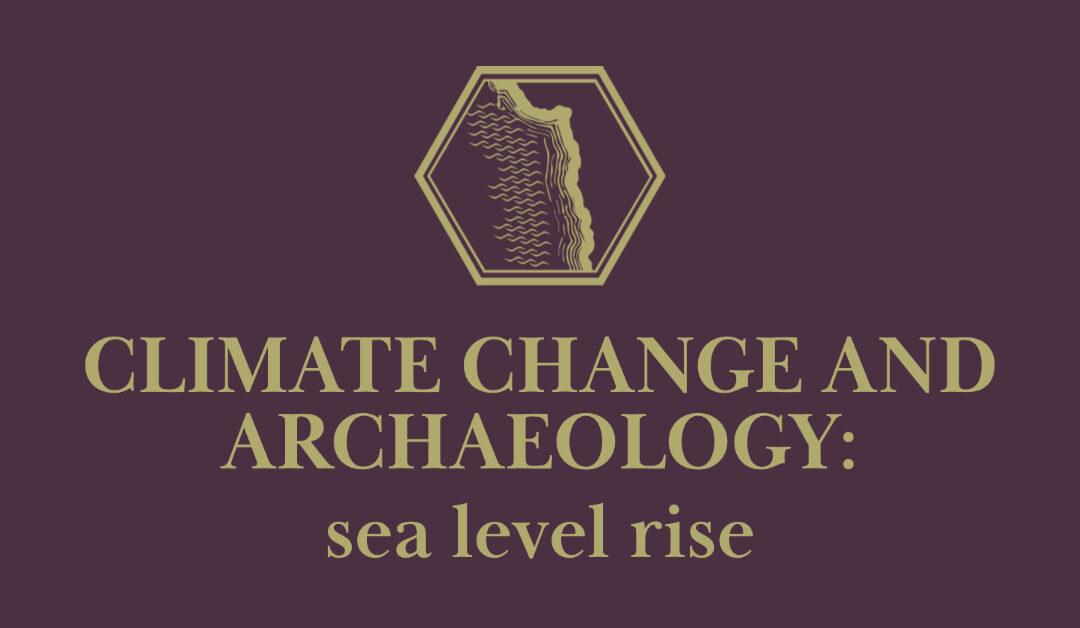 The oceans on our Earth are massive, encompassing over 70% of the planet. Poets and sailors have spoken to the vastness of the oceans for thousands of years, and anyone who has had the privilege of being on a ship at sea can attest to how very small you feel out on the water with no sight of land. Therefore, it seems inconceivable to think of the ocean increasing in size, but thanks to climate change, this is the reality. With warming weather, more ice is melting than ever before from both the poles as well as glaciers around the world. The increase in heat is also causing ocean water to expand, leading to sea level rise.

Let’s Break it Down 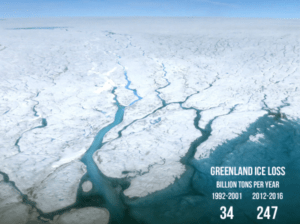 Understanding sea level rise can be difficult, as it is a complex scientific and environmental process. Sea levels are dynamic, meaning they are constantly changing based upon weather, geographic processes, or larger climactic shifts. There is archaeological and geological evidence of past sea levels being very different from the ones we see today. The problem is not necessarily that the sea level is changing; that is expected in a dynamic environment. The issue is that the rate that the sea level is changing has been steadily increasing over the years.

At the northern and southern poles of the globe, there are two permanent shelves of ice. Portions of these masses melt in the summer and refreeze in winter. However, recent years have seen an increased rate of melting. This means that more ice is melting during the summer than is refreezing in the winter. The unequal ratio has led to massive amounts of water, billions of tons, being added to the oceans each year. The melted water is increasing the level of the ocean around the globe. It is not just the Arctic and Antarctic that contribute to the rise, but melting glaciers around the world and the ice sheets in Greenland melting.

You may often hear that some areas will be affected more than others by this increase in sea level. At first, it may sound silly that some parts of the ocean should be higher than others, but this is due to the land’s terrain. Some parts of our continents are flatter for longer, so while ocean level rise of several inches or feet may not matter for places like Kentucky or the cliff-dominated nation of Ireland, it is catastrophic for low-lying areas like Florida.

Since 1880, sea levels have risen by over eight inches. For low-lying land, this is a great deal of height.  The Intergovernmental Panel on Climate Change has predicted that the ocean levels will rise between ten and thirty inches by 2100, which is only 80 years away. These numbers may still seem innocent until one considers the humanity of it all. In the United States, approximately forty percent of the population lives near the shoreline. Additionally, of the ten largest cities in the world eight are near the ocean coast. While large populations are important to focus on, so are the smaller nations. The island country of Kiribati is projected to be unlivable by 2050 due to sea level rise flooding the islands. The government purchased land in Fiji for the entire country to move to, and a plan to raise the islands through dredging is the only thing stopping the rising seas. While Kiribati may be the first country to lose its land to the rising seas, unfortunately, it will also probably not be the last.

We learn at a young age that there are three things every human needs: food, shelter, and water. Though humans cannot drink salt water, life by the sea has been a common trend of human settlement patterns for thousands of years. In addition to providing the ability to travel, living by an ocean can secure an abundance of food resources from 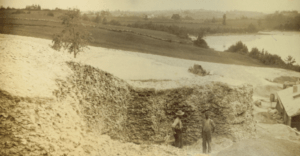 Damariscotta Shell Midden in Maine in 1856

fishing and hunting. Archaeologists have studied sites that are close to the sea’s shorelines as well as those that have already disappeared below the waves, but some cannot be studied once they are submerged.

Humans produce a lot of trash, and it has to be put somewhere. Archaeologists call the places where trash is placed middens. It may seem boring, to study old garbage, but middens are incredibly valuable resources for archaeologists. They can tell us about population size, diet, environment, environmental conditions, changes through time, and many other things. Middens are usually piles of refuse that have been buried by time in the soil. Because they are not walled off, they can easily fall apart if disturbed. Other underwater archaeological sites, like buildings or shipwrecks, have solid architecture that can survive the waves for longer, but loose middens are torn apart and lost forever.

Maine has rich coasts full of sea life, so most of the middens that archaeologists study there are shell middens, which contain the food waste of past peoples. These middens are mostly comprised of clam and oyster shells, but also have seeds and animal bones important for study. They can be up to a meter deep, and are frequently located near tidal streams, sheltered coves and bays, and more exposed bluffs facing the sea. As of this year, there are approximately 2000 documented shell middens on the coasts of Maine, and unfortunately, all of them are eroding away.

Even though climate change and rising seas pose a serious threat to these middens, the University of Maine has worked very hard to document the cultural remains. One ongoing project is that of the Midden Minders, an organization of local people interested in documenting middens. These volunteers are doing amazing work at documenting change through time, making note of heavy damage, and even finding new middens! This collected information helps inform us about how archaeological sites like middens are affected by bad weather and rising seas, how quickly information is lost, and how impactful single weather events can be. This data could eventually be used to make projections about how certain sites will react to climate change and identify those in the greatest danger. 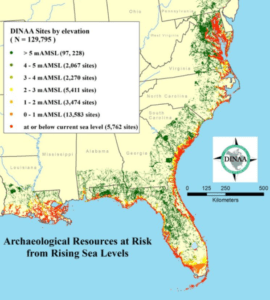 There have been people living in what we now know as Florida for over ten thousand years. These inhabitants had rich cultures and built mounds, created middens, and left behind many other marks of occupancy. In fact, it was these people that had to deal with climate change raising sea levels first. Archaeologists are excavating sites that show how people reacted to the first sea level rise thousands of years ago. Learning more about how people dealt with the changes back then, will inform us about how climate change will affect the same area in the future. Sites like these can show the technological developments made to preserve a living space, including people building up houses with piles of shells. Or after people were forced to move away from a site, they would eventually return when they were able to live there again.

Climate change and the rising of our seas can be scary and intimidating. It can often feel like there is nothing to be done. However, while sea level rise poses a huge threat to archaeology, people can do lots of things to help! Many archaeological networks in coastal states have wonderful volunteer programs, like the Midden Minders, that train people to record data about sites at their convenience. There are also many archaeologists using this impending danger as an incentive for study. There is a motivation that comes along with climate change to preserve, protect, or document everything possible before it is gone. Additionally, with technological advancements in archaeology, mapping, and underwater archaeology the submerged sites stand a better chance of being documented.