Let’s Go to the Movies! Indiana Jones: Raiders of the Lost Ark 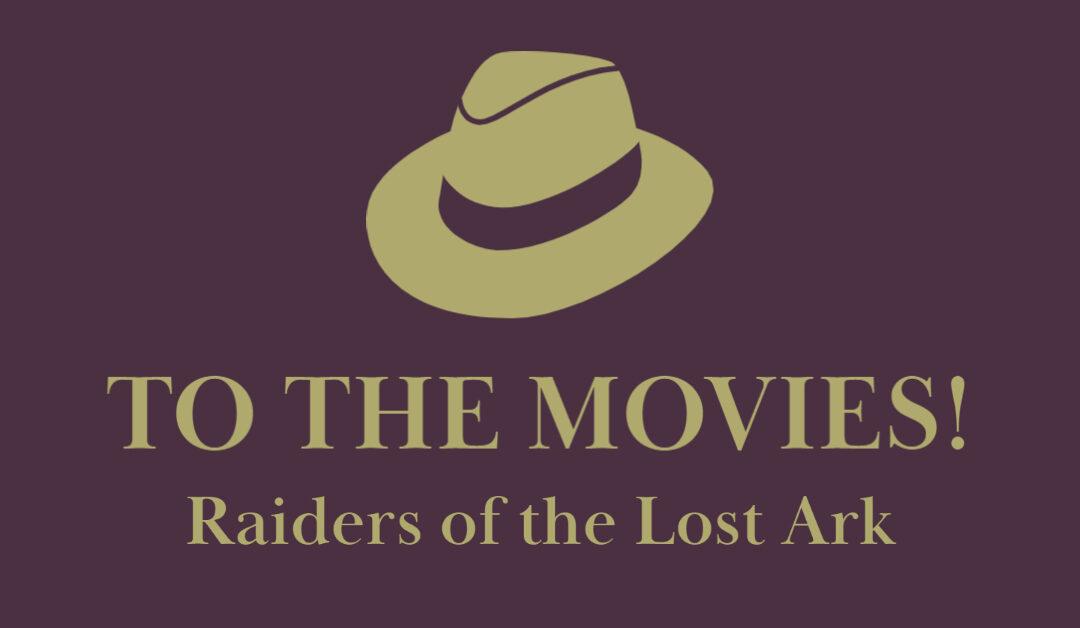 Many archaeologists will tell you how they are not like Indiana Jones.

…But don’t we? Or perhaps the better way to phrase that is, “didn’t we?”

In our new blog series to kick off the New Year, we will be taking a look at each Indiana Jones. Along the way, we will give some fun facts about the movies and the history of archaeology itself.

Archaeology has had a very complicated history and development to reach the scientific process that it is today. Unfortunately, in the discipline’s early inception, archaeologists acted a lot like Indiana Jones, and these acts are things that many cringe at today. While there were professionals who took diligent notes, documented context, and published books and papers about their finds, many others were less interested in the scientific method and more interested in the plunder of gold and jewels. Tombs around the world were looted, human remains were sold in public markets to whoever had both the cash and interest, walls of buildings were chiseled out of their homes, and entire temples were taken apart brick by brick to be displayed elsewhere.

These practices are uncomfortably similar to the opening scene of Indiana Jones: Raiders of the Lost Ark. The movie depicts an “archaeologist” entering a temple in South America to bypass 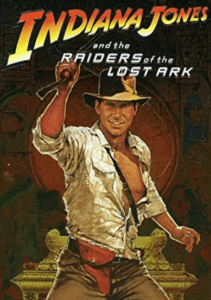 ancient booby traps and finally remove what appears to be an important religious idol. What is Indy’s interest in it? The material value of a solid gold creation. While he does not sell this to his university’s museum, there are other artifacts that he does pass over. Later in the movie, he removes the Ark of the Covenant from an ornate room, not bothering even to take one note about the find but instead rushing to the shiny old thing like a Niffler in Harry Potter.

Let’s take a second and set the record straight. In the past, these actions were what archaeologists would do: go into a foreign land, find items of value, and take them without asking permission.  Look at the Parthenon carvings in the British Museum , the bust of Nefertiti in the Berlin Museum , the Dendera Zodiac at the Louvre , or the Temple of Dendur at the MET . These are all artifacts that archaeologists took long ago.

That first scene of Indy hiking through the forest and finding a temple is pretty accurate even to modern behavior. Nowadays, archaeologists work with local communities and descendent community members to learn from their knowledge and expertise. Together, they can work to uncover a site in a manner that is respectful and collaborative. Many countries also have rules requiring foreign archaeologists to co-direct or partner with a native archaeologist to help facilitate this process—Peru is one example.

After hiking through the jungle, Indy enters a structure that appears to be very old, finding many spiders and moving in further to find the idol he seeks. Like the tarantulas on Indy, archaeologists today must contend with local wildlife and other risks. Many work in remote areas with dangerous animals, treacherous weather, and risk of illness. Sometimes it is annoying insects, sometimes scorpions pop out of the ground in your trench, or sometimes you need to sidestep a poisonous snake on a survey.  However, unlike when Indy is in the Ark room, we are not allowed to set animals on fire if they get in our way.

Instead of blowing through the South American structure and breaking things like Indy, archaeologists would gather a team to take photographs, notes, and begin to accession artifacts in a database.  Anything particularly delicate (like the wooden lattice in the back with a golden circle) would have field conservation work to survive the trip back to the field house or museum.  The 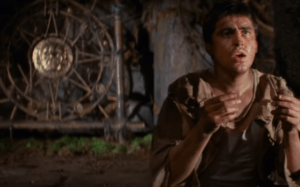 entire area would be split into neat and even units so the entire site can be recreated with paper and pencil or new modern digital techniques. Excavation is an inherently destructive process because it is removing what was once there. A huge part of the archaeological process is documenting everything meticulously not to miss any piece of data while everything is in its exact place and has not yet been disturbed.

The effect of Indiana Jones cannot be understated. Those movies inspired multiple generations of archaeologists to study history, become scientists, and go out into the field—whether as professionals or helpful volunteers.  The swashbuckling nature of the films also inspired an untold amount of interest with people around the world who would otherwise be unaware of archaeology. While Indiana Jones did not personally inspire me as a young child (mine was a documentary about Ramses when I was around 4), but many, many of my friends were. They thought Indiana Jones looked cool, or that hunting forgotten myths sounded fascinating. Some were inspired by the exposure to different ancient cultures. Inspired by Indy’s adventures or no, whenever I tell someone I am an archaeologist the immediate response is something along the lines of “oh, that’s so cool! So you’re like Indiana Jones but in real life?”

Even if you do not see the many accuracies the film has, the characters in the movie are based on several very famous people. Indiana Jones himself is thought to have been inspired, in part, by Hiram Bingham . This man was the person who “discovered” Machu Picchu in the early 1900s. In The Raiders of the Lost Ark, Indiana Jones’s advisor is Dr. Ravenwood. The inspiration for this character is thought to have been based on James Henry Breasted, a famous archaeologist of the Near East. He founded the Oriental Institute in Chicago and helped collect many of the museum’s most famous artifacts from Mesopotamian, Egyptian, Nubian, and Levant cultures. Indiana Jones also went to the University of Chicago, my alma mater (though I swear I didn’t know this fun fact before I decided to attend).

As lovers of both history and historical context, understanding archaeology’s past is absolutely necessary to do better in the future and understand tensions between countries, communities, institutions, and individual researchers.

Raiders of the Lost Ark

When I watched the movie, I focused on finding fun facts about the archaeology depicted in the film. I typed a few of them up in order of appearance below. I also want to say that while I am an archaeologist, I am by no means an expert on any of the religions or cultures depicted, but as with all of our blogs, I have done the research to present the best information I could find.