Let’s Go to the Movies! Indiana Jones and the Temple of Doom 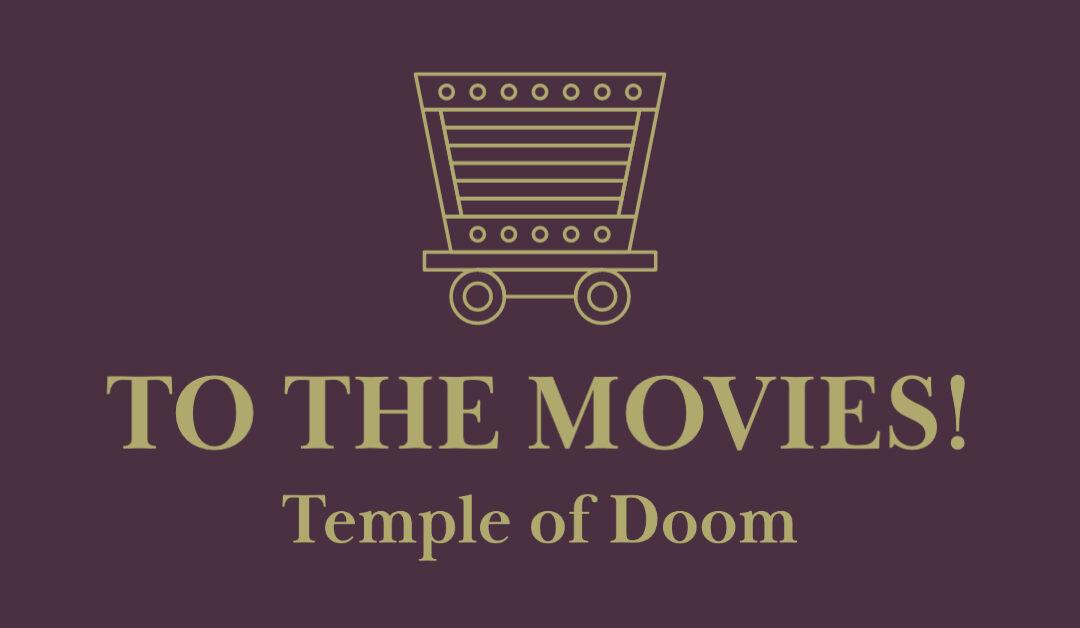 Horrifying visuals, echoing screams, and a complete departure from anything vaguely resembling historical accuracy; welcome to the second movie in the Indiana Jones series.

The movie is well known for being disliked amongst fans, mostly due to its graphic depictions, large departure from the realm of archaeology, and overwhelming racism. Let’s take some time to unpack 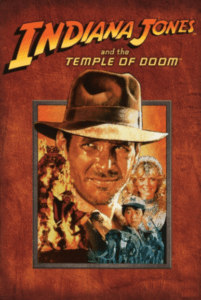 what is in the Temple of Doom, and why it is not an uncommon way to characterize both the past and its cultures.

Though viewers may not realize it, the movie is based on very little historical or archaeological fact. There was a group called the Thuggee, but there is no evidence to suggest they had rituals that involve human sacrifice. The Sankara Stones are not real, but based upon Shiva Lingams that are common throughout India. While Kali is a Hindu goddess of death, she represents many different things and is a complex deity with a long history and development.

Unfortunately, it is fairly common to hear people describe cultures different from their own as “uncivilized” or “barbaric.” These words and beliefs are rooted in racism and something archaeologists work very hard at correcting. The word “barbaric” has been used for thousands of years. The word “barbarian” was created by the ancient Greeks, who used it to describe any non-Greeks, including Romans. Through the years, this word has developed from being used to describe non-Greek nations to being a term rooted in racism to describe cultures different or lesser than one’s own.

Humans have struggled with an “us vs them” mentality. This can be easily seen in movies, which are a main way people learn about history and cultures different from their own.

How cultures are represented in movies is a problem, but one that is slowly improving with time. Not very long ago, it was common for many cultures to be depicted by Hollywood as assumptions and stereotypes about them rather than a well-researched and accurate representation. This can be seen in the Temple of Doom, where an Indian diet and food choice was reduced to stereotypes purposefully chosen to be off-putting to the western audience to which it was marketed. This depiction creates a false narrative about an entire country and its culture. Though some may brush depictions like these off because they are in movies, people believe what they see, and the imagery they are exposed to in film can create lasting impressions that are difficult to reverse.

Archaeologists are scientists who strive to learn more about the cultures of the past and the development of humanity. As such, they are not here to judge past cultures, even when researching more extreme practices such as human sacrifice. An important thing to remember is not to use racist words to describe cultures different from your own. The goal is to learn about and understand the past. Judgement does not aid in that endeavor—if anything, it immediately detracts.

The Temple of Doom

This movie is a prequel to Raiders of the Lost Ark and was made while Steven Spielberg was going through a divorce. According to him, this is the reason the movie turned out to be so dark. Spielberg has also said that he felt he needed to make a third Indiana Jones to apologize for Temple of Doom. It’s nice that even the director agrees with the fans!

India is a vast country with a rich and long history, and unfortunately, very little of what you see in the movie has any basis in reality. Pankot Palace was created for the movie, but was originally going

to be filmed at Amer Fort in Jaipur. Amer Fort is a historic building that once served as a palace for the rulers of the area, like Raja Man Singh in the late 1500s, and features beautiful Muslim and Hindu architectural styles.  Hinduism is a religion with many different deities, and the one mentioned the most often in this movie is Kali. In the movie, this goddess is depicted more as a skeleton or a skeletal-decorated figure who is bloodthirsty and requires human sacrifice. Kali is a goddess of death, amongst other things, and usually depicted as a female human wearing clothes or adornments made of pieces of her victims. Later in time, Kali has also been known as a goddess of motherhood and time. Overall, she is a complex goddess.

Another complex character in the movie is the Thuggee cult, or the religious group living underneath Pankot Palace and performing human sacrifices for Kali. The Thuggee were a real group in India in the 1800s, but archaeologists have not found evidence of religious ties or beliefs. Contrary to how they are depicted in the movie, the Thuggee were a cult that robbed and murdered others. Some 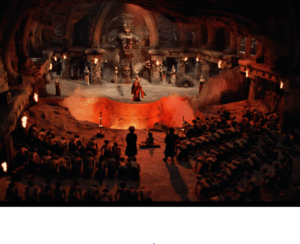 Fabricated ritual featured in the movie

historians believe that the Thuggee were not real, but instead a fabrication by the British who worked to control India through force at this time.  The British worked hard to eradicate the Thuggee, and it is believed the group had been completely disbanded and forcibly retired by the late 1800s. Though some Thuggee expressed a belief that they were Kali’s children, many of the Thuggees the British caught were Muslim. No evidence supports the idea of Thuggees carrying out human sacrifices in the name of Kali.

Finally, we have the Sankara Stones, which are also a work of fiction. While Sankara Stones are plot devices, they are based on the very real Shiva lingams. Shiva lingams can be found all over, especially in temples dedicated to Shiva, as they are a physical representation of him. Shiva lingams are usually long and oval, sometimes jutting out of the ground. There are many meanings behind these objects, but the most common is the depiction of the energy within the universe.

Overall, there is one main conclusion you can take from the information above. This movie fabricated almost all of the information it presents as fact. The movie was so bothersome to the people of 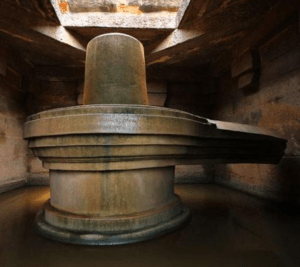 India that they banned the movie when it came out. Rather than the Raiders of the Lost Ark, which certainly took many artistic liberties with history and archaeology, Temple of Doom changed events and groups into unrecognizable figments. This lack of historical accuracy or archaeological truth is likely why movie is one of the least liked in the Indiana Jones series.

You may recognize the title from the recent movie, but The Monuments Men: Allied Heroes, Nazi Thieves, and the Greatest Treasure Hunt in History was written by Robert M. Edsel and was published in 2009. The Monuments Men was an experimental group created during the later stages of World War II to address the growing concern about European antiquities. Heavy bombing and escalating conflict had put some of the more famous architectural treasures and the priceless artwork they contained at extreme risk. Acknowledging what a blow their loss would be, the Allied Forces decided to create the Monuments, Fine Arts, and Archives Program, colloquially known as the Monuments Men. The MFAA had 345 people from 13 different countries with expertise in everything from art history to museum conservation.

This group of men was already in the military, and they were chosen for their backgrounds. Before the war, many of them had worked in museums or had classical training as historians or archaeologists. Together, these men worked to protect the architecture and art that were under threat or stolen by Nazis, and are the reason many of these works still exist.  In fact, the Monuments Men and larger MFAA organization had recovered over five million pieces of art from over one thousand Nazi treasure troves.

We chose this book to complement our Indiana Jones series because the movies feature Nazis as the antagonists or Dr. Jones doing his best to preserve the treasures of the past from those who would do them harm. This book is an interesting and relevant read about a chapter of history. It sheds light on the little thought-of relationship between archaeologists and the military. This partnership is especially important today when terrorist organizations have targeted and destroyed sites of great historical importance.

For this week, this is the deeper question we have for y’all:

Archaeologists dedicate their lives to learning about the past and preserving it for future generations, but are both truly necessary? Thanks to modern technology, more is known about the past than ever before. Archaeologists can create 3D photo renderings of entire sites, use drones to record the excavation process, code maps to show past landscapes, and photograph artifacts to their tiniest details. Incredibly, an increasingly popular process is 3D print scanned artifacts to send to researchers. With all this data, why is it necessary to work so hard at preserving the originals? What would happen if we just stopped? IF we already have so much information about them, why does their destruction matter?