How to be an Archaeologist: Natalie Clark 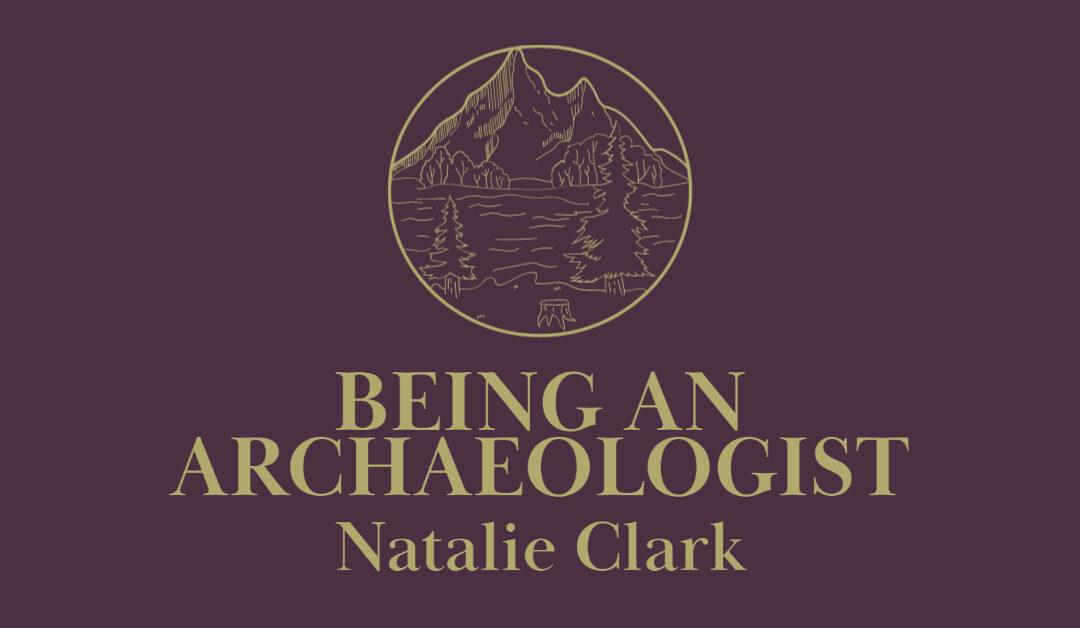 Ms. Clark decided to pursue archaeology in high school and never looked back! Thanks to mentors showing her the opportunities the 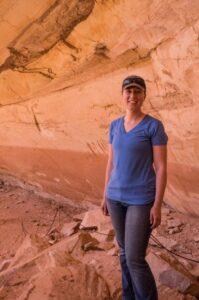 BLM had to offer, Ms. Clark began her career with an internship at Canyons of the Ancients Visitors Center and Museum. After working in other BLM positions, she attended graduate school and worked in Cultural Resource Management. Today, she has a position as the Colorado State Deputy Preservation Officer with the BLM. This position has her serving as an advisor on internal policy around National Historic Preservation Act, collaborating with tribal advisors, and working with some of Colorado’s more complex projects.

When did you decide to become an archaeologist?

I always loved history class and history, but I didn’t realize until 5th or 6th grade that archaeology was not just something that was on TV, but an actual job. I probably became interested in archaeology as a profession in late high school. That’s when I figured out that archaeology was part of anthropology.

What made you decide to be an archaeologist?

I don’t know exactly what it was! I went on a lot of road trips to the southwest with my family, and there is so much archaeology to see. Those trips exposed me to archaeology at a young age. I saw that history was more than what I could read in a textbook.  I think all of those things got me interested in it!

Later, I started looking at colleges that had anthropology programs and good scholarships. One thing that helped me settle on pursuing 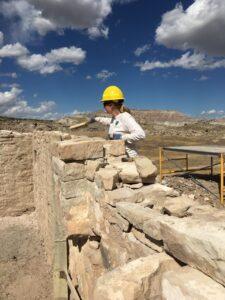 the college I went to was that it had field schools. The field schools were during the school year, not during the summer. This was great because it meant I could get on-the-ground experience while in school, without the additional costs of a typical summer field school. I was able to go to a field school based at Crow Canyon Archaeological Center, near the Four Corners area.

That field school acquainted me with people in southwest Colorado. My professor took us on a tour of Canyons of the Ancients Visitors Center and Museum. On the tour, I met some curators, and they introduced me to internship opportunities at the museum. I got an internship through NCPE, the National Center for Preservation Education. It was twelve weeks long at Canyons of the Ancients. After the internship, I got to keep working there on contract. At this point, I loved curation and archaeology, but internships and contracts helped me figure out that I didn’t want to work in museums. That being said, I am really glad to have that background because I became a better archaeologist because of it.

What happened after that?

The internship was a really good experience. After that, I did seasonal work with the BLM at Canyons of the Ancients. At the time, there was a program called the Student Transition Employment Program (STEP) that helped recent graduates get federal government jobs. 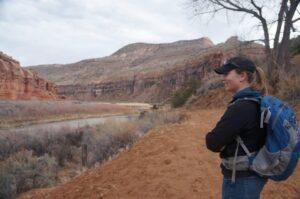 That program helped me advance in the BLM. I then took a break from the BLM to work in Cultural Resource Management (CRM). It was good to see that side of things since it made me understand how government and CRM relationships would work. Then, I went to graduate school and kept working for the BLM over the summer.  After completing graduate school and another BLM season, I was offered a permanent position at the Grand Junction Field Office, and now I am the Colorado State Deputy Preservation Officer.

Do you have anyone you look up to that’s an archaeologist?

I’ve been really lucky to have a lot of really great mentors, including people I work with now! I’ve learned a lot from my peers in other states who have gotten me oriented to my new job.

One person I appreciate helped foster a home for me in archaeology. He was my professor in college and was my professor at my field school. He always treated me like an equal, even as a student. After I graduated, he told me that we were colleagues, even though he knew a lot more than me. I don’t often talk to him anymore, but I think about him a lot. He taught me to treat everyone like an equal, no matter where they are in their career. He mentored me and encouraged me.

Was there any point when you almost decided to do something else other than archaeology?

Everyone experiences that burn out. I also sometimes struggle with the questions, “where is my place in this? I’m studying things that aren’t in my heritage, so is it really appropriate for me to be studying this?” But, then I remember I am in a place where I can advocate. I can be a steward. I can assist in the best way I can by hearing from all perspectives on a project. I also try to find something I’ve really enjoyed in the profession in the past, like outreach or a proactive project, and that helps fight the occasional burn out.

What about archaeology do you think makes it more than a “job?”

I think people love archaeology because it lets you be a curious person all the time. I have a five year-old daughter who loves getting out and exploring. She doesn’t really understand archaeology, but as she grows, it will be fun to explain things to her and give her a 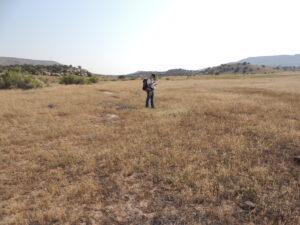 Ms. Clark on a survey

perspective that she probably wouldn’t get in school.

What do you plan to do with archaeology in the future?

I just started this position in November, so I plan on being here for a while. I am still pretty young to have this position, so while I don’t know what the future holds I like to keep my options open!

Do you have any advice for children interested in archaeology?

In his autobiography, Dr. Jones speaks to the racism he encounters as an African-American man in marine biology. This is a discipline is predominantly white and male. Though Dr. Jones dealt with racism, he persevered through hard work, determination, and his substantial intellect.

It was completely unintentional, but in this series, we have only featured female archaeologists. As I started to conduct interviews with women at different positions, stories of gender discrimination kept coming up. Women being belittled, treated as lesser, or not supported in a professional environment.

In your profession, have you faced discrimination? If so, has it affected the way you pursued your work? Or the way you thought about your job?