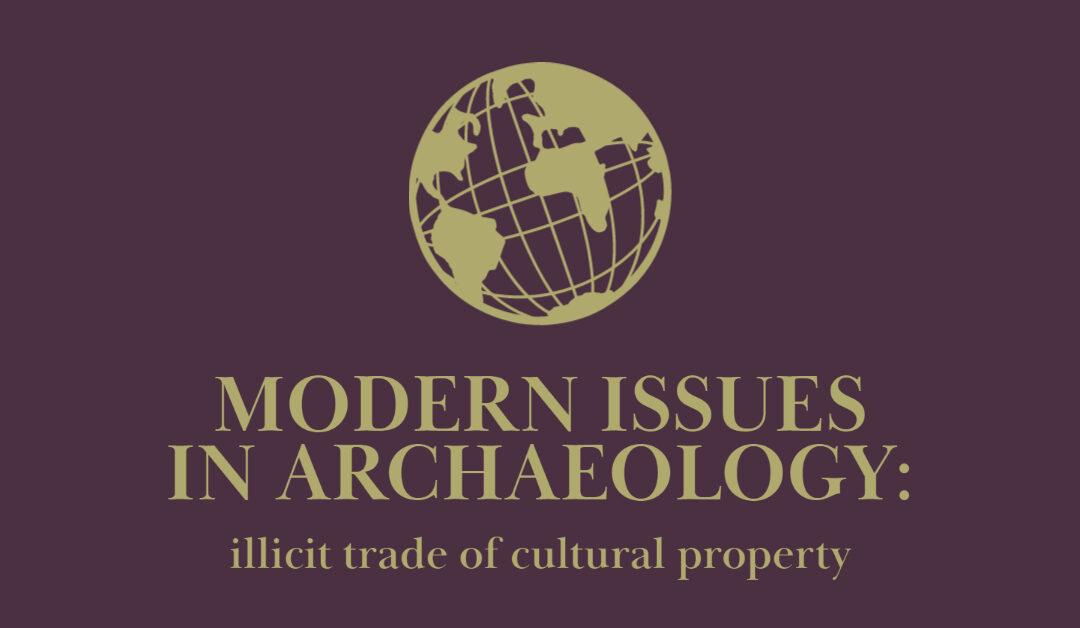 It may be hard to believe, but the antiquities trade is a multi-billion dollar industry that takes place around the world.

Archaeological trade is very different from other black market industries because it involves irreplaceable items connected to cultural property. The Inca Empire is not coming back to knot more quipus or engrave more gold, and the Babylonians are not coming back to mold more clay cuneiform tablets. This rarity is prized by collectors, making the looting of objects and their subsequent trade extremely lucrative.

The desire to interact with the past and feel like part of an artifact’s story is not uncommon or difficult to understand. Think about your 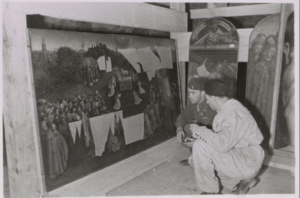 friends and family, how many have important possessions that are passed down for generations? How many have done DNA tests to see their nationality percentages? How many have gone to a foreign country and brought back a souvenir? In my experience, most of the people I know have done at least one, more commonly many, of these things.

The desire to own the past is a very human one, and historians see it all the time. Hitler stole so much cultural property the Allies created groups, like the Monuments Men, to find and take it back. European museums are chock full of antiquities taken during wars, occupations, or other instances of imperialism and colonialism. The antiquities trade is not a new problem, but it has become a more dangerous one with considerable scientific consequences.

The antiquities trade can look very different depending on where it is, what is being sold, and who is buying it. An important thing to remember is that the artifact trade is not always illegal and damaging. The artifact trade can be made up of museums working together to pass artifacts around for greater study and research diversity. The collaboration can extend to private collections as well. There are laws put in place both within individual countries as well as internationally that establish ground rules. This kind of artifact trade helps establish partnerships between museums and government. It encourages collaboration on research and more people can see and interact with the past. The problem is the illegal artifact trade.

The illegal antiquities market operates all over the world. It is in tourist markets, between extremely wealthy sellers and buyers, and even 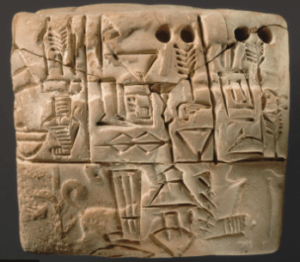 Cuneiform tablet (Photo from the Metropolitan Museum of Art)

on Facebook. Archaeologists have to deal with this a lot. People approach us with artifacts they’ve found or bought to ask how much it’s worth, how rare it is, or if it’s real. Most of these artifacts were taken out of their context and represent a loss of historic, culturally significant, and scientific information. Beyond the moral and ethical ramifications of purchasing or removing artifacts from their resting place is another problem: where is that money going?

Recently, there have been news stories about the antiquities trade. Facebook once served as an online marketplace for motivated sellers and interested buyers, but in 2020 it announced a new policy that would prevent future trading on the site. In 2019, it was found that Facebook had 95 different groups with almost 2 million members dedicated to selling archaeological artifacts from different sites, time periods, and cultures around the world. Over a third of the artifacts were from conflict zones, which are areas whose violence makes it easier to loot and smuggle artifacts. Purchasing artifacts from these areas, like the Middle East, makes it much more likely that the money spent on the object is going to terrorist organizations. ISIS has cultivated a vast network of people who sell the antiquities they loot, earning them huge amounts of money to fund their terrorism.

The artifact trade usually starts with looting, but it doesn’t end with private citizens. Recently, several museums have revealed that pieces within their collections were acquired from the illegal artifact trade. Perhaps the best example is the Museum of the Bible. This museum was created around four years ago by the same man who owns Hobby Lobby. There is a way for museums to legally acquire artifacts, but the Museum of the Bible found that around 8000 clay tablets were probably collected illegally via the artifact trade. In an effort to apologize for the mistake, the museum agreed to return the tables to their countries of origin, Iraq and Egypt. In response to this find, the museum has also decided to go through its entire collection of 40,000 artifacts. So far, almost half has been found to either be fake or a product of the illegal antiquities trade.

It is important to note that it is not just the Museum of the Bible that has problems discerning what in their collections are real or fake or separating those artifacts collected legally vs. those that were not. The Oriental Institute in Chicago and Harvard University also recently faced legal trouble    over tablets in their collections. Most of the tablets at the Oriental Institute are considered to be on loan from Iran. When researchers are done studying them, they are carefully packaged and returned to their home nation with legal paperwork 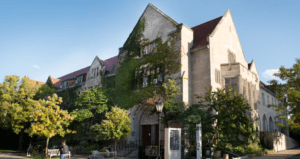 Oriental Institute in Chicago (Photo from the University of Chicago)

documenting the history and movement. Iran argues  that other tablets were never on loan, but illegally taken out of the country and smuggled to the US over 100 years ago. It is these tablets that are the subject of the lawsuits. While the University of Chicago agreed that the artifacts belong back in Iran eventually, other institutions, like Harvard, have taken a different strategy: claiming ownership of another country’s cultural heritage.

Though the founder of the Museum of the Bible, Steve Green, has said “We aren’t collectors, we’re storytellers” one has to consider the story being told. Buying artifacts illegally is not only contributing directly to the illicit trafficking of cultural property, but is encouraging it. If people know they can make money looting sites and selling artifacts, more and more people will do it, more and more artifacts will disappear, and more and more money will be funneled into a system with a lot of ties with terrorism.

The illegal artifact trade is a widespread, global issue. It also goes beyond an economic issue to one of philosophy. In the United States, thanks to several different laws that protect traditional cultural properties and archaeological sites, it is illegal to tamper with archaeological sites and artifacts on public lands. A new issue they bring up is what to do with the stolen artifacts traded a long time ago. A larger question is who owns the past. This is something many countries struggle to answer. What if the people illegally taking and selling antiquities are the direct descendants of those who made them? These are big and complicated questions that take many people and collaborations to answer. They also need to be frequently revisited.

If you are in a situation where you see what could be an archaeological artifact for sale, please call local authorities or a museum to alert them. For more information check out UNESCO’s fight illicit trafficking, return & Restitution of cultural property program, the interagency Tread Lightly: Respect and Protect, and your local site stewardship programs.

Like many archaeologists, Dr. Chip Colwell fell in love with archaeology as a young student. Through his hard work and passion, he went on to earn a Ph.D. and began working as a curator at the Museum of Nature and Science in Denver. Dr. Colwell worked at this institution for twelve years, eventually becoming the Senior Curator of Anthropology. He left in 2020 and is currently working on a new book about human development and the evolving nature of need. In addition to being an academic and curator, Dr. Colwell gave a TED Talk that has been viewed over 1 million times and founded SAPIENS, an online magazine about anthropology for everyone—not just scientists—to enjoy. http://www.chipcolwell.com/

Our book for this series is Plundered Skulls and Stolen Spirits, which was published in 2017. The book covers a range of experiences Dr. Colwell has as a scientist and curator navigating the world of repatriation. He tackles big questions like who owns the past and who, if anyone, has the right to display it?

Within the first nine pages, Dr. Colwell describes a scene that is rife with complexity and emotion that has religious, political, and scientific impact. Repatriation is not a new concept as NAGPRA was passed in 1990, but the process has been slow going. Dr. Colwell describes a situation where he feels conflict with his responsibilities as a museum curator. As a scientist, he feels he has a duty to preserve and document. He also serves as the museum’s official in charge of NAGPRA, a position that means he must repatriate museum items.

Do you see these roles as conflicting ones, or do you see them as complementary positions? Why? How?