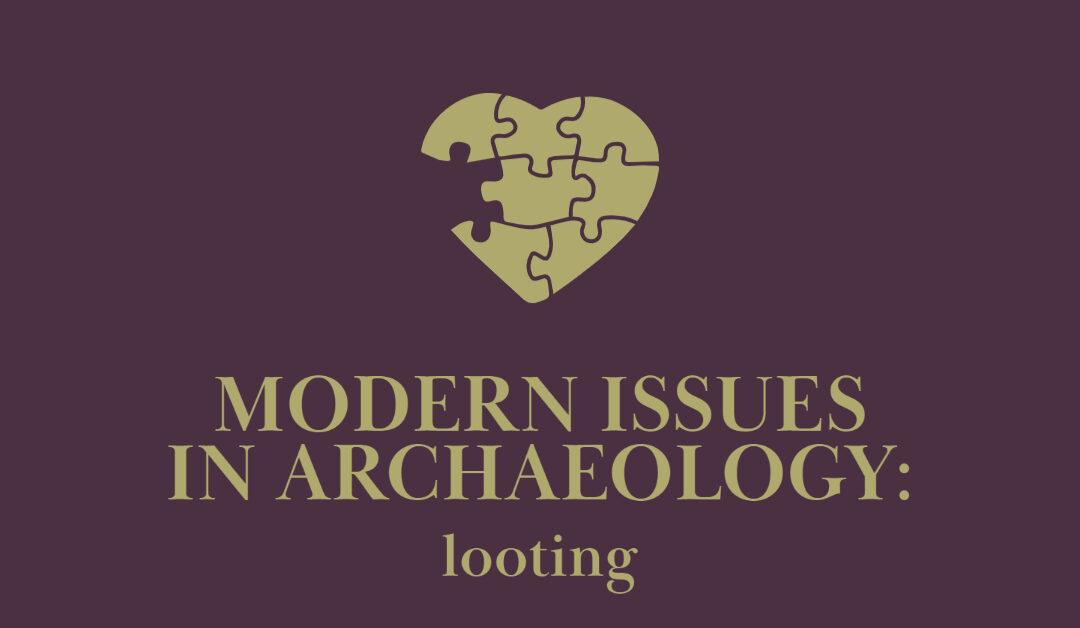 Looting is one of the biggest problems that archaeology, archaeological sites, and artifacts face. It happens all around the world and can range from small innocent actions, like picking up something on your hike, to a profitable business of finding and selling antiquities. Though looting is often described as a modern issue, people have been doing it for thousands of years. The relationship between artifacts, the cultures who created them, and looters is a long and complex one.

Perhaps the most commonly discussed form of ancient looting is people stealing valuable goods from graves and tombs. In Ancient Egypt, this was such a common threat that funerary practices changed over time in an endeavor to outsmart the looters. Pharaohs went from building massive pyramids—which were easy to locate, break into, and steal from—to 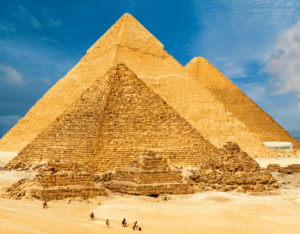 constructing tombs cut into cliff sides and tunneled into the ground. This change was in an effort to keep the tomb’s location secret. Archaeologists have found evidence that the early pharaohs who built the Great Pyramids also filled the hallways with rubble and debris to prevent looters from gaining access to the burial chamber. Archaeologists know this didn’t work, as looters still made it through, looted the burial chamber, and even stole the mummy of a pharaoh. King Tutankhamun’s famous tomb was broken into not once, but twice, in history. The only reason the tomb was left relatively intact was because tomb builders for a different pharaoh accidentally buried the access point, hiding it until Howard Carter found it again in the early 1900s.

In Ancient Egypt, tomb robbing was an industry for those seeking the immense wealth of gold and jewels that kings and queens were buried with, but this posed a serious religious issue for rulers. The Ancient Egyptians had a complex religion. They believed that after death one part of the soul would stay on Earth with the body. This is why preserving the body with mummification, and the carved sarcophagus face was so important—they looked like the dead person. These images were how the remaining part of the soul would find its way home. Tomb looters disturbed the soul and taking the grave goods deprived the person of those same goods in the afterlife. Figuring out a way to protect their tombs became a serious problem, but from what archaeologists can tell, the issue persisted throughout the history of the empire.

In Ancient Egypt, looters who were caught could face severe punishment based on how much damage their looting did to the dead and their tomb. Most often, looters were beaten with a rod, but some faced amputation or execution.

Though looting was an industry in ancient Egypt, other cultures of the past did not see it as a way to make money, but a way to prove legitimacy. In central Mexico, there were two major empires. The first to rise and fall was the culture that built Teotihuacan, a city famously home to the Pyramid of the Moon, Pyramid of the Sun, and Avenue of the Dead. The Aztecs came next, building the city of Tenochtitlan on top of a lake. The Aztecs considered those who once lived in Teotihuacan to be their ancestors, and the ruins of the ancient city were easy to see and access. The city of Teotihuacan became a sacred site to the Aztecs, who would routinely visit to perform religious services and actions and even collect different types of artifacts from the ruins.

To the Aztecs, this action was not criminal but was a point of inspiration. Archaeologists can see that the Aztecs adopted some architectural and artistic styles used at Teotihuacan in their city of Tenochtitlan. It is theorized that owning and looting objects from the sacred city helped the Aztecs show and prove their connection to the city, their deities, and confirm their 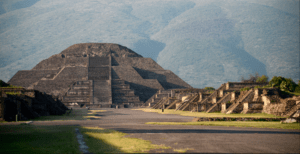 The ancient city of Teotihuacan (Photo from National Geographic)

Looting in modern times no longer has the religious connotations that it did in ancient times. Today, looting is a serious issue that can impact scientific and historical understanding, violate another’s cultural heritage, and detracts from someone’s ability to interact with the past. Looting, broadly speaking, is the act of illegally taking an artifact from an archaeological site. This can be as simple as taking an arrowhead off the ground while hiking to deliberately digging and removing objects from sites to sell or keep. 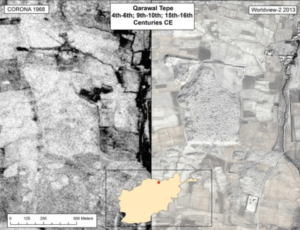 Looting objects from an area takes them out of the historical context where they were left long ago. Archaeologists studying a looted site can form an inaccurate or incomplete understanding of that site, culture, and historical time period. This loss of information is serious, and it is a disadvantage to everyone. Stewardship is everyone’s responsibility, not just that of an archaeologist. By working together to protect our shared cultural history, we can all learn more from the past.

Unfortunately, there is data to suggest that looting has increased over time. A few reasons could explain this increase, like instability in countries where artifacts are easy to spot on the surface, like in the Middle East or Central America.

So, what do we do? It can be easy to hear about looting and give up hope. However, Project Archaeology has shown that there is one effective way to deal with looting: education. Over 30 years ago, Project Archaeology was created to deal with an increasingly serious looting problem in Utah. The idea was to educate children and young adults about the importance of stewardship, descendent community members, and archaeological evidence as well as to encourage students to be stewards of cultural heritage. There was such demand for archaeology education that we have grown to a national organization. Education provides an effective way to teach and encourage respect and stewardship of archaeological sites and artifacts so they last as long as possible.

On page 23 of Plundered Skulls and Stolen Spirits, Dr. Colwell writes, “For many anthropologists, their ambitions outpaced their humanity.” In this chapter, he spoke to how anthropologists in the late 1800s had their minds focused on collection rather than collaboration. This determination to collect as many artifacts as possible was something Dr. Colwell believes was done without really thinking about the humanity—or the humans—behind those objects. Considering questions like are who made the artifacts, why, the purposes they served, or even the emotional significance behind the artifacts is an important piece of the archaeological process today.

This week, the topic for the blog is looting. Archaeologists believe looting is wrong because of the damage it can do to archaeological, historical, and scientific knowledge and data collection. One thing that is interesting for archaeologists to consider is the human and the humanity behind the action of looting. Why are people taking these artifacts, do they have a connection to them, how will they understand the object, and what have we lost as a result?

Do you think that considering this human/humanity behind people who loot is an important step for archaeologists to take? Why? What effect do you think this new frame of mind could have?