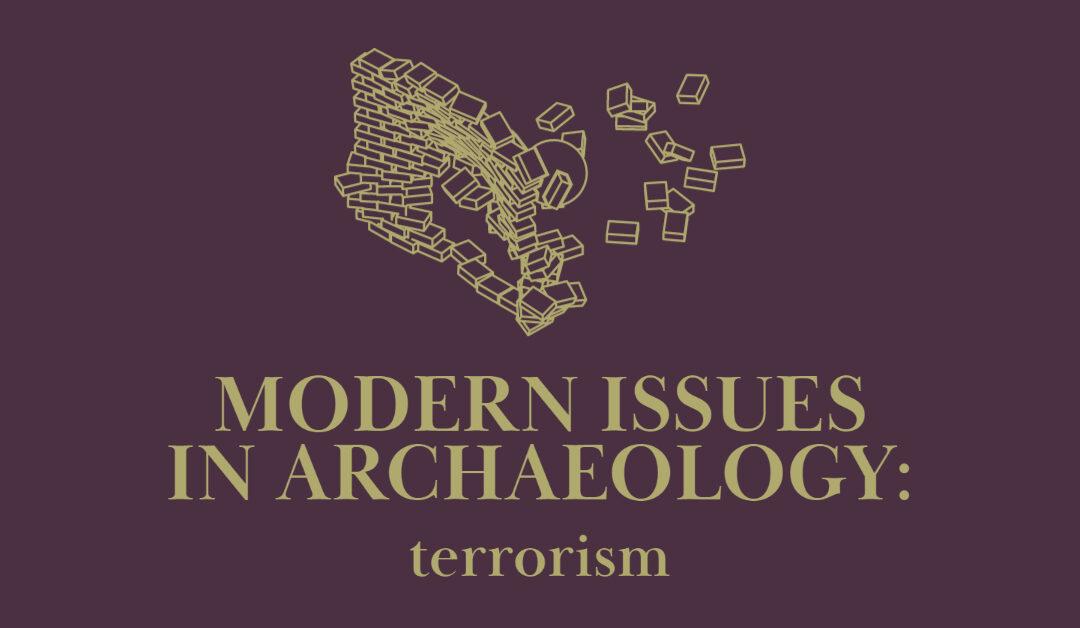 If you’ve ever wanted to upset an archaeologist, ask them about the Buddhas of Bamiyan or the city of Palmyra.

These are two more famous examples of what happens when you mix terrorism with archaeology. In 2001, the Taliban vowed to destroy all pre-Islamic artifacts in Afghanistan. Afghanistan has a long and incredibly rich history with vibrant cultures that have thrived in the area for thousands of years. In addition to the cultures local to the country, a long section of the Silk Road went through Afghanistan, making it an area where many different religions, artistic styles, and languages mixed through cross-cultural trade. Part of the Silk Road went through the valley where the Buddhas of Bamiyan once stood. These two statues were the tallest Buddha statues in the world, rising to 174 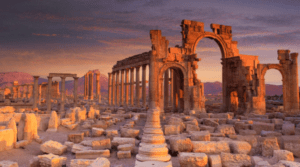 The city of Palmyra (photo from Nick Brundle Photography)

and 115 feet tall. They were carved into the cliff side almost 1500 years ago and were a popular tourist destination prior to their destruction in 2001.

Palmyra may be a loss that more people are familiar with since it happened in 2015. ISIS seized the city six years ago from today, and quickly got to work destroying temples, columns, and artifacts that were thousands of years old. Palmyra is a unique city because of its central location. In the ancient world, Palmyra stood in an area with pervasive Persian, Roman, and Greek influences. This combination created a beautiful and unique well-preserved city. It had the ability to help archaeologists learn a great deal about this time period and the people living in the diverse city. The degree of destruction by ISIS was severe, and there are now multi-million dollar plans in place to restore the buildings.

Arguably one of the worst parts of contemplating this kind of destruction are the countless sites that are undocumented. Because archaeologists have not had a chance to study them or place them on a map, there are many unknown sites that will never be studied. For every famous site a terrorist organization publically destroys, there are undoubtedly many other sites and artifacts they dismantle without public knowledge.

Here are some other places that have suffered destruction at the hands of ISIS you may not have heard of: the Mosul Museum in Iraq, Mar Elian Monastery, Apamea, Dura-Europos, Mari, Hatra, Nineveh, Mosul Museum, Mosul Library, Nimrud, Khorsabad, Mar Behnam Monastery, Mosqeue of the Prophet Yunus, Imam Dur Mausoleum, and countless others.

The destruction of archaeological sites is only the first part of the problem. Many sites are looted after being destroyed or damaged so the 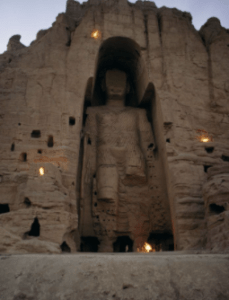 One of the Buddhas of Bamiyan (Photo from Thomas J. Abercrombie/National Geographic)

artifacts can be sold to fund further terrorist activities. Terrorists are removing artifacts from the sites, destroying the sites in the process, to sell the artifacts on the black market for a massive profit. These sales can net organizations millions and millions of dollars, which is used to continue funding terrorism.

There is no exact number, but it is estimated that ISIS has earned as much as $100 million from selling antiquities. There are on-the-ground reports of things like this happening at Apamea in Syria. Archaeologists have satellite photos showing deep pits where ISIS dug for artifacts. There is also evidence that Apamea also once housed beautiful mosaics that ISIS has now removed and sold, making “tens of millions of dollars.”

But who buys this stuff? How can they buy something from ISIS? Those are the more complicated questions.

The short answer is that it is not always clear that ISIS is the one selling the artifacts. Customers interested in buying Roman sculptures, Egyptian sarcophagi, or other ancient works of art might not go through with a purchase if they knew that their money was going to fund terrorist organizations. This is especially true because funding terrorism is against U.S. federal law. ISIS has figured out clever ways to hide behind sellers and online marketplaces. By staying behind the scenes, it is much harder for an artifact to be traced to the looter and profiter. Other sellers will take what ISIS has looted, sell the valuable pieces, and a large part of the cash goes back to the terrorists.

As of right now, there is no law in the United States that specifically targets the purchasing or selling of artifacts that may have ties to ISIS. The FBI has warned art collectors to be careful since the FBI had tracked stolen artifacts within the U.S. marketplace. This warning of the possibility of persecution seemed to put the responsibility for knowing an artifact’s history on the dealers, not on law enforcement. This is a bigger problem than it sounds like because ISIS has begun to shift away from using art dealers to easier means of sale, namely the internet. 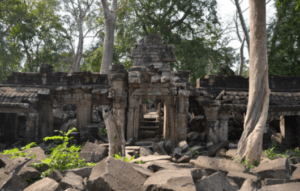 Sites like eBay, Amazon, and even Facebook have served for years as popular and easy places for these sorts of artifacts to be bought and sold. Thankfully, Facebook  shut down this feature of its website to help deter the illegal artifact trade and its connection to terrorism.

It is important to note that ISIS and the Taliban are not the only terrorist organizations that participate in selling and profiting from the looting of archaeological sites. Al-Qaida has also been known to participate as well. Archaeologists have collected satellite imagery of damage to archaeological sites in Yemen and the Arabian Peninsula. It is also important to note that while the Middle East gets a great deal of media attention regarding looting, site destruction, and terrorism, this area of the world is not the only one suffering from this issue. Cambodia has serious problems with shrines, temples, and other important archaeological sites being stripped of artifacts. The site of Banteay Chhmar  in 1998 is probably one of the most well-known examples for this part of the world.

An important step is to understand the scale of the problem so archaeologists understand the scale of loss and where protection is needed the most. Archaeologists know that “90% of all known Iron Age burial mounds”  in western Turkey have been looted. In Pakistan, at least 50% of ancient Buddhist shrines and monasteries have been destroyed. Some archaeologists devote their entire careers to using GIS maps and satellite imagery to track the growth of looting pits  around the world.

At this point, archaeologists know that looting is a massive problem, and the sale of that looted material benefitting terrorists is a significant issue with much deeper ramifications. Now that we all know it is a problem, it is up to the international community to educate the public about the issue as well as create laws and enforce them to protect archaeological sites.

On page 57 of Dr. Colwell’s Plundered Skulls and Stolen Spirits, he describes an interaction between Mr. Octavius Seowtewa, a Zuni man who knows a great deal about the Ahayu:da, and a German curator. In this scene, Dr. Colwell and Mr. Seowtewa are in a German Museum to see an Ahayu:da. The curator is interested in sending Mr. Seowtewa home with a reproduction of the Ahayu:da, because she thinks it is easier than repatriate the object from Germany to the Zuni.

The passage reads: “He [Seowtewa] also says that this Ahayu:da might still have power because it was made in the likeness of the real thing. He suggests that the preservation of even a “copy” undermines the purpose of the Ahayu:da, which is to live on a shrine so it can protect the Zuni people…”

This passage is refers to an important and powerful spiritual and religious object used by the Zuni. It is an interesting concept to think about with regard to looting and terrorism. Syria has chosen to rebuild some parts of Palmyra that ISIS destroyed, and there is discussion in Afghanistan to rebuild the Buddhas of Bamiyan after the Taliban destroyed them. These places and sites held religious significance to those who built them, but does rebuilding them undermine their purpose? Is it better to show the destruction wrought to the sites or dismayed by the present?