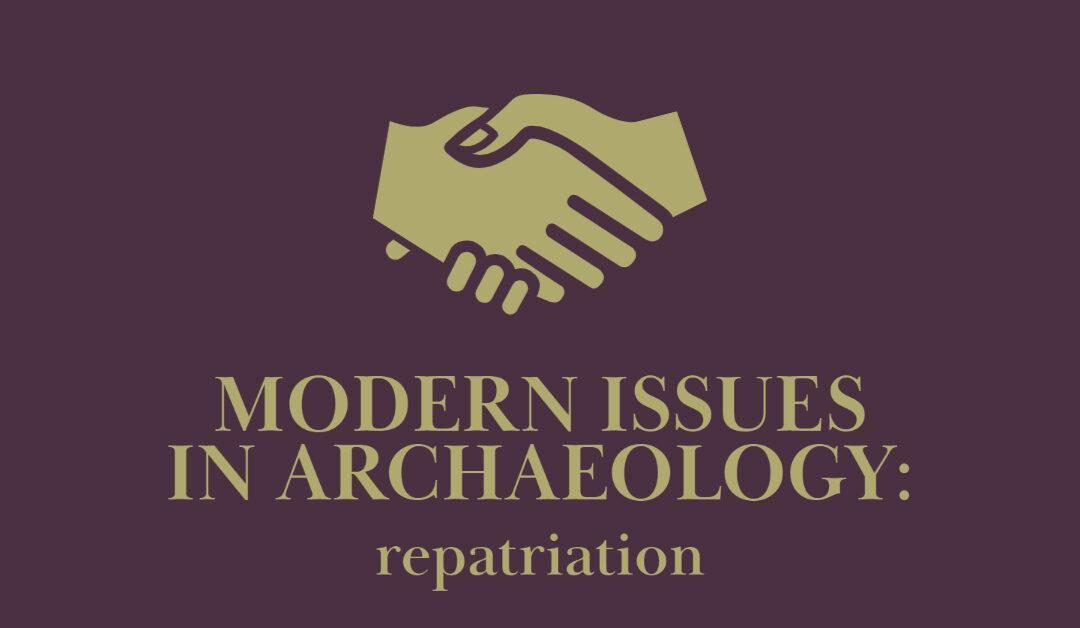 Repatriation has a long history within the United States and around the world. From the Parthenon marbles to human remains in museum storage, the idea of repatriation can trace its beginning to the late 1700s and early 1800s.

In 1798, French General Napoleon Bonaparte invaded Egypt. While there, he became fascinated by Ancient Egypt and even fancied himself a scientist and archaeologist. He took many artifacts and shipped them back to France in an effort to show his people the wonders he was experiencing. Napoleon, however, was not the only one to take an interest in the archaeology of the ancient world. British Ambassador to the Ottoman Empire, Thomas Bruce, removed the famous marble carvings from the Parthenon and shipped them home to England, where they were eventually housed in the British Museum. Another famous ancient artifact, the Bust of Nefertiti, was removed by German archaeologists in the early 20th century and shipped back to Berlin, where it has stayed ever since. 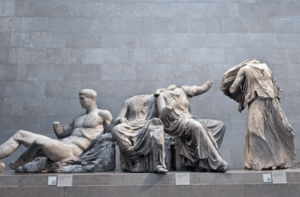 Elgin Marbles in the British Museum (Photo from Tony French/Alamy)

The history of repatriation is long because the history of people taking things is long. The removal of these fascinating and “exotic” seeming artifacts created what historians call “Egyptomania,” though the fever did not just apply to the archaeology of Ancient Egypt. Egyptomania started in the early 1800s when wealthy Europeans would visit Egypt and buy archaeological artifacts to bring home. It reached a fever pitch in 1922 when Howard Carter discovered the undisturbed tomb of Pharaoh Tutankhamun. The discovery of gold, jewels, and fantastic art fascinated people around the world and started a new rush in the antiquities trade.

In more modern times, many of these countries wanted these stolen artifacts back, and repatriation was born. Repatriation between countries like England and Egypt is very different from the process created for the United States. Egypt, in particular, has been insistent that some of the most famous artifacts, like the Rosetta Stone, should be returned immediately. Egypt is also not alone in its desire for it cultural heritage back. Greece has been pleading with England to return the Elgin marbles for over twenty years and even built a museum to house them after the British Museum voiced concerns about their long-term storage. While some countries have been arguing about artifacts, the United States deals with repatriation that involves human remains and passed a law to guide the process.

Repatriation means the return of cultural items or individuals that were removed from their homeland. In the United States, repatriation 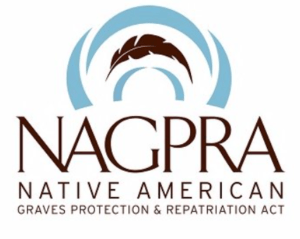 almost exclusively refers to Native American archaeological artifacts and human remains being returned to their tribes from museums and other collections. Unfortunately, many museums came by their Native American collections in inappropriate or illegal ways—sometimes by coercing people or looting archaeological sites. To create a legal framework for how to get these artifacts back to their rightful homes and owners, NAGPRA was created.

NAGPRA stands for the Native American Graves Protection and Repatriation Act, and it was passed in 1990. NAGPRA does a few different things. The first is that it requires any museum that gets federal funding to take inventory of exactly what Native American artifacts and human remains it has in its collections. Many museums in the U.S. receive some kind of federal funding, so this rule applies to many institutions. Taking stock of everything they have in their collections gave museums and Native American communities a helpful list to work from and use. In addition to identifying how many artifacts and human remains they had, it also helped identify where those artifacts came from, which groups they most likely belonged to, and documenting which artifacts had no information associated with them. After creating a list of artifacts and linking them to the tribe or group they belong to, the museums were required to reach out to those groups to alert them about the location of the items and human remains.

These groups can then reclaim their artifacts and ancestors. For an artifact to leave a museum, there is a lengthy process that involves a lot of collaboration between museum staff and the descendent communities. Essentially, the people who claim the artifact have to prove that it is culturally theirs. They can do this by using archaeology, oral history, geography, and many other ways to demonstrate it belongs to them. After the evidence is presented and accepted, the museum will carefully package everything up and send it home. 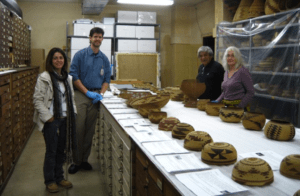 In addition to providing a framework and process for returning items, NAGRPA also protects undisturbed human remains and artifacts. If Native American artifacts or human remains are discovered during an excavation or construction, there must be a consultation and collaboration with the culturally affiliated tribal communities. This part of the law ensures that cultural heritage is being treated responsibly and carefully in the best ways possible.

Since its passing in 1990, NAGPRA has returned tens of thousands of artifacts and human remains to tribes. The exact number is unknown, but it is estimated that hundreds of thousands, or even one million, Native American human remains are housed in museum collections around the world. There are millions of Native American artifacts in museums as well.

It is a challenging process that will continue for a very long time. While the process built into NAGPRA can cause conflict, it can also be a positive collaboration and healing process. Curators and researchers do not know how many artifacts were used and why. Through the NAGRA process, Native Americans have shared their extensive oral history and cultural knowledge to shed light on how different objects were used or their significance.

When NAGPRA was first passed, there was a great deal of concern from many communities. Some museums and archaeologists were scared that it would result in entire collections being emptied out with noting to study, research, or put on display for the public. For Native American communities, there were concerns that museums would not go through with the process. That they would drag their feet and make the process so difficult it was near impossible to repatriate anything. The partnerships and collaborations that NAGPRA has fostered have led to knowledge and resource sharing, healing over past actions, and movement forward on ways to work together positively.

Repatriation is a complex topic to talk about because it involves reliving painful and difficult moments in history. For a long time, it seemed there was no solution to the process. NAGPRA is not a perfect law, but it provides a way to get important artifacts back to their homelands and to rebury human remains to let them be at peace once again.

To a certain degree, the book Plundered Skulls and Stolen Spirits is about repatriation. NAGPRA is the main guideline that allows, informs, and enacts repatriation. The law is also purposefully vague—religious relics, artifacts, and human remains can come in many forms that non-Native Americans may not recognize as such. How far should NAGPRA extend? How much power should it have?

Here is an example to contemplate:

The Lummi tribe of what is now Washington state is trying to use NAGPRA to repatriate an orca whale taken from their waters in the 1970s and is currently performing in shows at the Miami Seaquarium.

Do you think this falls under NAGPRA? Why or why not?