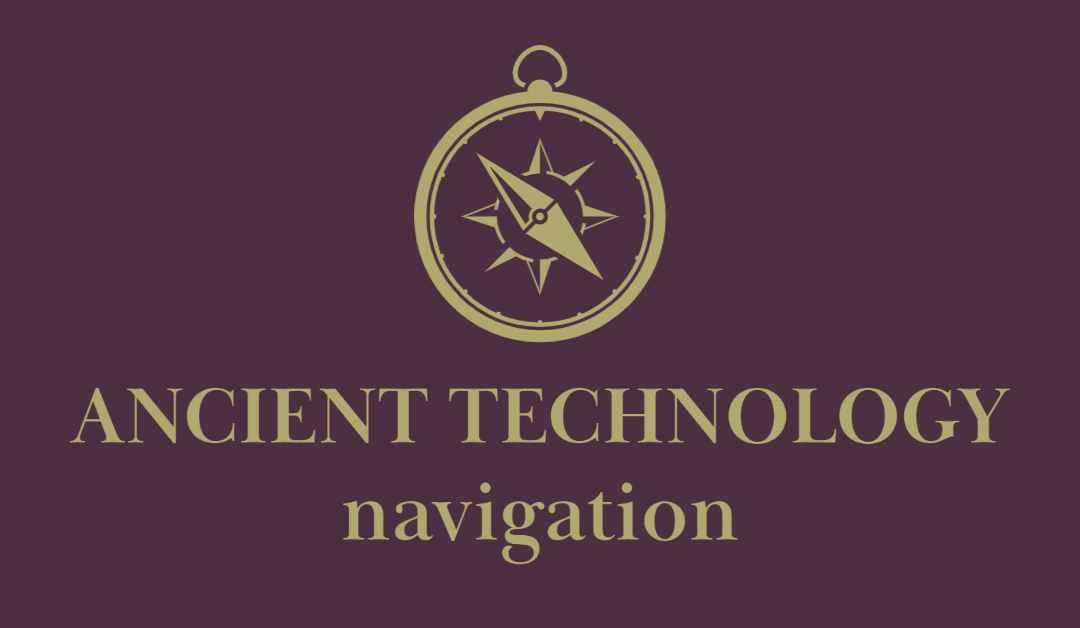 It is very easy to forget how recent our modern versions of navigation really are. I’m 24, and I remember printing out MapQuest directions to orchestra rehearsal. While this may be more a comment on my personal wayfinding skills than a technological progression, “MapQuest” is not a word any teenager today would recognize.

GPS was invented in 1992, but the version we know and rely on is not nearly as old. Prior to around 30 years ago, there was no widely used, global navigation device or system. The only thing humans could rely on was cultural memory, oral history, and personal ingenuity.

Though the compass we think of today is perfectly calibrated to always point north, early versions of the compass have been used worldwide for thousands of years. The idea behind a compass is that if you have a device that can reliably point one direction you can figure out how to get 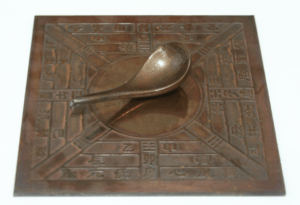 Model of what an ancient Chinese compass looked like

somewhere. Fortunately, Earth has a magnetic field produced by the movement of our planet’s inner layers. This field causes the planet to act like a giant magnet with two poles: one north and one south. Smaller magnets, like one in a compass, will interact with the Earth’s magnetic field. It is this interaction that causes a compass needle to spin around as you move. It is spinning to align with the North Pole. People in the ancient world noticed this scientific phenomenon as well as its navigational potential.

The compass was first invented in China during the Han Dynasty around 2000 years ago. This early design used a flat bronze plate and a lodestone, which is naturally magnetized. The lodestone was carved in the shape of a spoon and place on the plate. People spun the plate around and the lodestone spoon would naturally spin to reorient itself with north and south. The plate was illustrated with words as well as drawings of constellations. This early compass was, interestingly, not always used for navigation. People used the spoon’s direction to help them orient their homes, lives, and belongings in an early form of Feng Shui–or arranging the self with qi, or the energy of the universe. The idea of using directionality for spiritual and navigational purposes is a common theme throughout many cultures. In archaeology, we see people ascribing deities, qualities, or other important values to cardinal directions.

For example, the famous Aztec stone calendar represents a worldview that revolves around the four cardinal directions. Each direction had a god or goddess, color, animal, and many other qualities ascribed to it. Four was a sacred number, and in several surviving codices, we can see the god Quetzalcoatl and the color white in the West.

It’s Knot Written in the Stars

Although written language is often touted as the pinnacle of human culture, there are many different ways to store great deals of information beyond writing. From oral history to pictographs, humans have an enormous capacity for creativity and storage. One way the Inca stored information was with quipus, or knotted cords grouped together to hold numerical information. In addition to storing numbers, many experts believe that the Inca also used 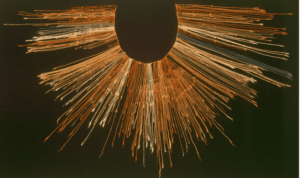 Quipu at the Larco Museum in Peru

quipus to document other types of information, like stories, history, and even maps.

The Inca had an incredibly complex worldview that had a deep connection with their calendar. One way to express this worldview was through architecture in what archaeologists now call the ceque system. This system is a series of radiating lines starting at a sacred temple within Cuzco and extending through the city and into the landscape beyond. Along these lines would be shrines called huacas that people could visit to interact with their worldview. Many experts believe that the Inca used quipus to help map the ceque system, possibly to record it or use it as a portable map to show other cities how to implement the ceque system. There is even an idea that quipus were used to record the coordinates of important star clusters. Since there is no one left alive today, these ideas are theories that can read quipus as the Inca did. Even more unfortunate is the number of quipus that have survived today. Almost all of them were destroyed during the Spanish Conquest of the Peruvian Empire, so less than one thousand exist today.

You Have to Stick It Out

The Pacific Ocean is the largest ocean on the planet and has islands dotted throughout it. These islands are some of the most remote places on the planet due to their location. For example, Rapa Nui, also known as Easter Island, is over 3500 km away from South America and the closest piece of land is another extremely remote island almost 2000 km away. Though thousands of kilometers away from land, this island and many others like it were populated by people long ago. The first people to start exploring were the Lapita, a little-known culture that left behind pottery sherds 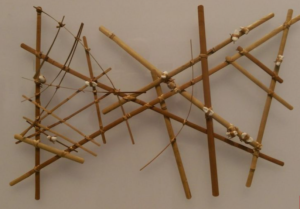 archaeologists study today. Based on this evidence, we believed the Lapita left the area around New Guinea in 2000 BCE and had established populations as far west and as remote as the islands that are now a part of Tonga. How did they find islands you can’t even see?

There are many theories and ideas, but one invention that has survived until today is the stick chart. These charts are not actually made of sticks but more commonly of coconut fibers and shells. For those who know how to read them, stick charts are a handy and easy-to-follow map of the Pacific. Shells usually symbolize islands, while coconut fibers or sticks illustrate waves and currents. The placement, spacing, and angles all help show how water changes and refracts when seafarers get close to a landmass—even if you can’t see it. These stick charts not only helped people get to known islands, but assisted them in recognizing sea conditions as they set out for the unknown. There are thousands of different cultures spread throughout the Pacific, so not every Polynesian culture or explorer used stick charts. The most commonly cited ones in modern photographs are those from the Marshall Islands. There are two main types, the Rebbelib, which maps out the islands, and a Mattang, which is used for training the young and inexperienced.

Archaeologists believe that stick charts were incredibly individual, and their style and clues depended on the culture they belonged to and who was making them. It is also thought that stick charts were not taken on voyages, but memorized prior to departure. There’s no question how sophisticated these charts were, especially when used with the complex understanding of the ocean and celestial navigation. In rapid succession, every habitable island in the Pacific was discovered and became a home.

Medicine Wheels are found around the Great Plains of North America, and some are thought to be as old as the pyramids. Typically, they consist of a huge circle of stones laid out on the landscape. “Spokes” of the wheel radiate from the center of the configuration to the larger outer wheel. Within a simple shape are countless meanings, such as the cycles of human life, the cardinal directions, the seasons, the elements, and different vital animals 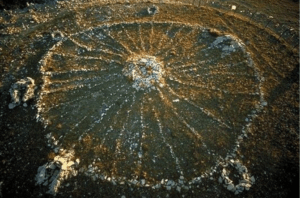 and plants. Medicine wheels are an excellent example of just how complex a simple-looking thing can be.

Medicine wheels are usually comprised of stones laid on the landscape to form the shape. Within the placement, there is a great deal of science and complexity. The placement of the stones themselves represents the worldview of those who built it, not only by tracking astronomical events, but through the expression of how interconnected the seasons, animals, plants, and elements are. The shape itself—a circle—represents the interconnectivity of all things. Medicine wheels allow you to track the movements of the sun and moon and even acted as maps for the stars and other kinds of movement. These circular maps were able to track and accurately predict when solstices, equinoxes, and other important events.

Movement has been a part of human life and nature from the beginning. The innovations to get us from where we are to where we want to be have a rich archaeological record across the world. From sextants to quipus to medicine wheels, people have devised systems rooted in their unique worldviews to guide them—literally and figuratively.

The trade of textiles has relied on navigation for the very beginning. People needed to get fabrics to their intended markets. Whether on foot, horse, or ship, instruments of navigation assisted people in their travels. Can you think of other tools that were essential for making the trade of textiles possible? Are there other examples of devices that made human travel possible? How about things that do not show up in the archaeological record, like oral history?