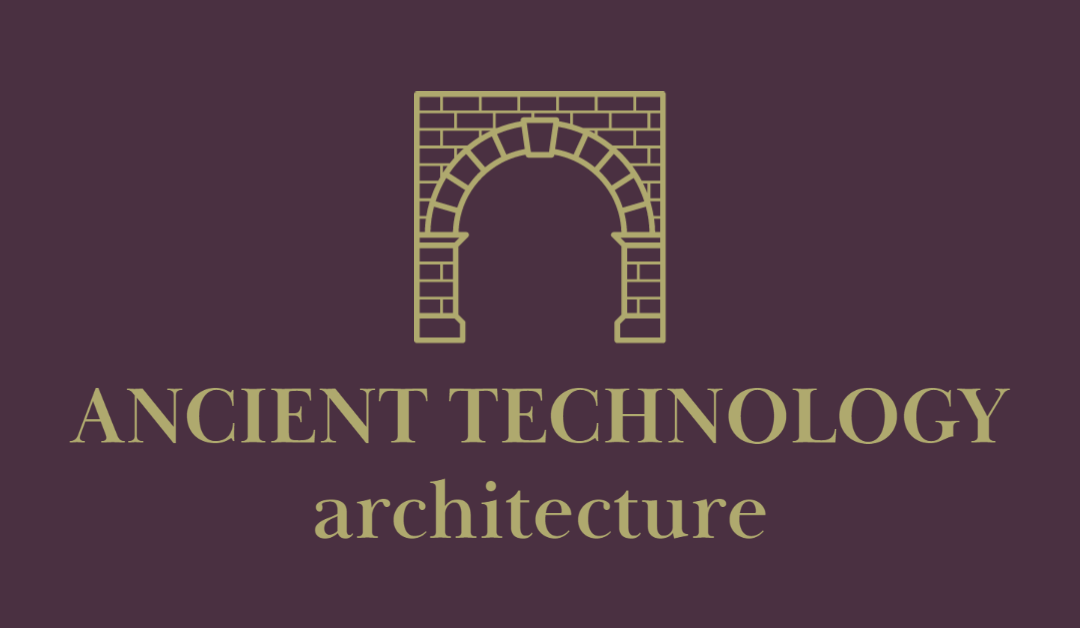 Archaeological sites are fun places to visit for many reasons. They can inform us about the past, reveal previously unknown history, and help us learn new fun facts. However, I think the one thing people find the most interesting is looking at the remains of the buildings or structures to marvel at what humans were capable of, even so long ago. The architectural and engineering feats present in the ancient world are incredible, and they can teach modern scientists a thing or two about building.

Water can be a beautiful addition to architecture and engineering, but can cause serious damage if left unaddressed. Water running over buildings or structures can whisk away stones, smooth out details, or cause cracks from temperature change. Ancient engineers realized that water could destroy a structure if left unmanaged. The people who built the Leshan Giant Buddha in China devised a system to guide water within the statue to prevent it from destroying their work. Cleverly disguised by carved features like the hair, chest, ears, and chest are drainage systems that lead water out in a sustainable and protective way. 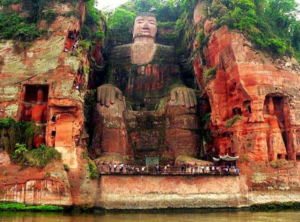 The Leshan Buddha (Photo from blogodisea)

These inner channels prevent water from collecting inside the statue. If allowed to pool, this water would freeze and unfreeze with the weather, expanding the stone to where it would crack and fall apart. Providing ways for the water to travel in and out of the statue ensures its survival for the long term. This is very important when you put in 90 years of work to carve a Buddha that is 71 meters tall into the side of a mountain.

In addition to causing devastating cracks in the stone, water can sweep away stones, buildings, and even entire cities—especially if they sit on the top of a mountain. Machu Picchu is well-known for many engineering and architectural feats, like the terraces and the incredible stone work, but did you know about its drainage system? Machu Picchu sits on a saddle between two high mountain peaks in the Andes in a rainforest climate. This means two things: 1) it rains a lot, and 2) the entire city is especially vulnerable to sliding off because it sits on the top of a very steep mountain. To deal with these problems, Inca engineers first built many terraces. These terraces stabilized the mountain side and were filled with layers of gravel, sand, and then soil to allow water to drain through, watering the plants farmed on the terrace without causing erosion in the process. The other thing they did was fill the city with small canals that helped water travel from the city out to the terraces and down to the rivers in the valleys. These canals were beautifully integrated into the city’s architecture, so they appeared as water features rather than essential pathways for water to take. This degree of planning and carryout ensured that the city survives today rather than being swept away in antiquity.

Modern engineers and architects stay away from watery, swampy places for a reason: they cannot support the weight of a building. These areas have to be drained and reinforced to make it a viable area to build, a process far more expensive than what it is usually worth. Ancient Aztec architects didn’t have the same misgivings about building, so they built an entire city on top of a lake. There are a few ways they went about doing this. The first was establishing floating gardens called “Chinampas.” Lake Texcoco is shallow and calm, and the Aztecs first started their engineering with these floating farms. Chinampas were created by placing stakes at the corners, bringing in soil to farm upon, and then planting willow trees where the stakes were to create a living, floating system that wouldn’t be destroyed like a typical farm when flooding happened. Once they had devised a way to float gardens, buildings were not far behind. With the same system of supported and floating patches, the Aztec’s city of Tenochtitlan expanded to an organized 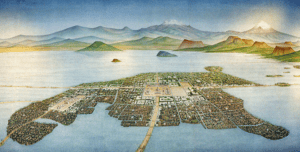 city laid out on a grid with canals as streets that took over 5 square miles of the lake. These heavier buildings were not floating in the same way the chinampas were, but instead were supported by vertically placed wood beams and filled with a foundation of rocks and soil that helped support the immense weight.

Though the Romans are often credited with the invention of the arch, it is more accurate to say that they improved upon the design and popularized it. The arch is an incredibly efficient design because it can support a massive amount of weight via distribution. Arches in architecture arose independently across the world through history. Perhaps the earliest example can be found in Harappa, an ancient city in India, in a discovered house’s chamber. Other early examples of an arch can be seen in ancient Mesopotamia at the Edublalmahr Temple in Iraq. This temple features one of the oldest surviving arches and uses bricks in its construction. There are many other examples of archs being used in Mesopotamia as well as other ancient Middle Eastern cultures. The arch itself can be seen early on in the archaeological record.

Roads often aren’t thought of as feats of engineering because they do not look as impressive as cities on a lake or tall Buddha statues, but they are incredibly laborious projects. The Inca developed an incredibly 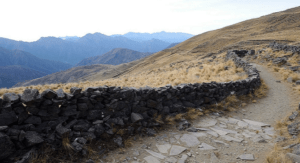 pervasive road system that extended from the capital city of Cuzco across the empire into the Amazon Rainforest, to the coast of the Pacific Ocean, as far north as modern-day Columbia and as far south as Santiago, Chile. These roads were not for regular civilians but they were reserved for movements of the military, transfer of goods, or the movement of messengers. Northern America also has a road system called the “Backbone of the World” created and used by Blackfeet Indians. The trail extends almost 2000 miles from Canada to Mexico and was trading goods or making sacred journeys. Like the Inca Road, there are still fragments of the Old North Trail that exist today and one place you can see them is in Glacier National Park, in Montana.

Architecture and engineering are part of daily life for everyone, so it can be really easy to overlook how old certain designs and ideas truly are. Modern-day builders and scientists can learn from ancient designs, and it is increasingly common to look back at past drainage systems or buildings to gain inspiration for our everyday problems. As you go through your day, take a minute to look around at where you are! Are there any arches? Did the area use to be a swamp? What roads or trails may have passed through a long time ago?

The textile industry has been housed in many different kinds of structures. A lot of this depends on what kind of material is being worked, how many people it takes, and what technology needs to be protected. Garment and textile factories are not just an industry of today but have been around for thousands of years.

Take a look at this image from a silk weaving mill in Paterson, N.J. taken in 1914. What do you think was essential for a building to have to accommodate these weavers and their equipment?

Winding for the warp in an up-to-date silk weaving mill. Image from Library of Congress. 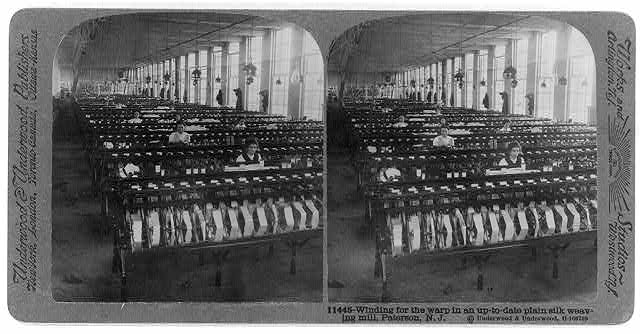