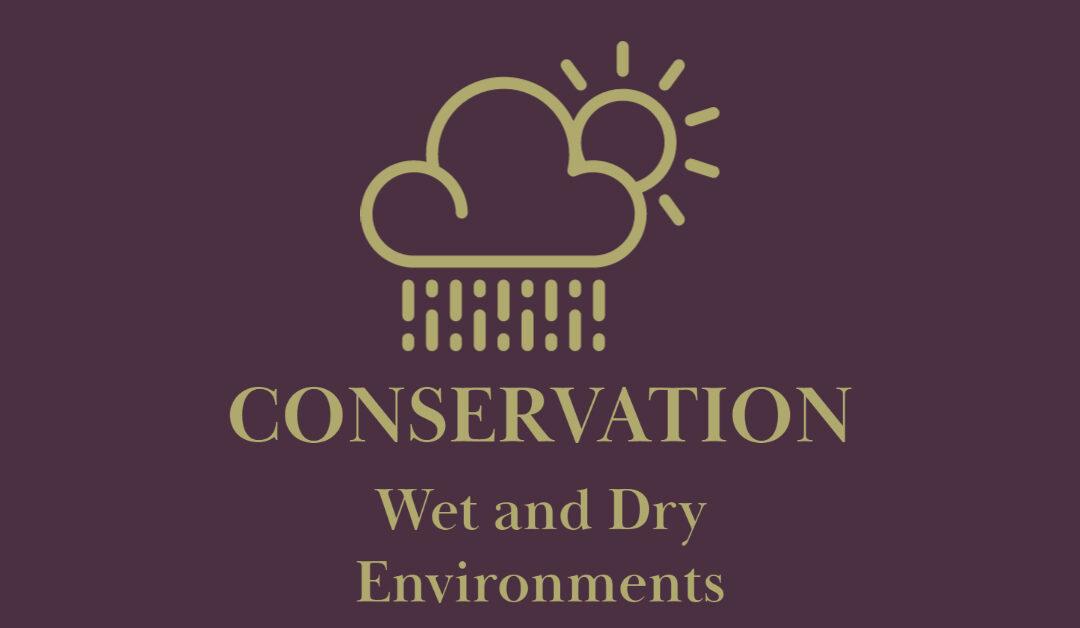 Many different factors dictate how long an artifact can survive. The material type and the environment are usually the most important features that ultimately decide if an artifact survives a few years or a few thousand.

So what conditions are better than the rest? It may surprise you to find out that there are many different environmental conditions that can lead to successful, long-term preservation. Today, we’ll unpack how both dry and wet environments help and hurt an artifact’s preservation in different ways.

It only takes a quick look around your kitchen to realize that dried out organic materials last longer than organics that are not. Rice, pasta, and dehydrated fruit are great examples of this. The less water within an organic material, the less likely it is to rot away. The same general principle can be used with artifacts and preservation.

Dry environments with low levels of humidity help dry out organic materials, this allows them to be better preserved than they would be otherwise. These environmental conditions are something ancient cultures observed as well, and they became important components of religious life. One example of this can be found in Ancient Egypt. This culture’s religion had an intricate afterlife, but access to it depended on the preservation of the body and worldly possessions. This led to the development of the mummification process, which was designed to help deceased persons continue to look like themselves for as long as possible after they died. People who could afford it were also buried in complex tombs that contained food, clothing, and other items. Archaeologists who excavate these tombs find mummies that have extraordinarily lifelike features as well as clothes and food that are remarkably well preserved due to the hot and dry environments.

Though dry environments like Egypt can create ideal conditions for preservation over long periods of time, the extreme heat and dryness of the climate can also cause problems. Archaeologists from the early 20th century wrote about artifacts crumbling away in front of their eyes or wood statues suddenly turning to dust while a photo was being taken. Though undoubtedly due to being thousands of years old, this could have been prevented with the addition of a little moisture. When organic materials are too dry, they can crack and crumble, but when kept in conditions that include a low amount of humidity, their longevity is increased. This is why museums keep careful watch over the temperature and humidity levels of their artifact display cases and collection areas. The goal is to keep artifacts stable. Part of this effort is creating a humidity level this is not so high that the object begins to mold or be damp but not so low that the object dries out and crumbles.

Though dry environments are great for preservation, wet ones have yielded a huge number of beautifully preserved artifacts. This shows that a very important component 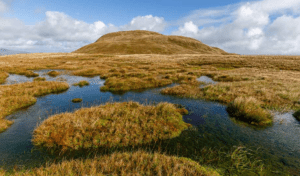 Example of a northern European bog

of preservation is stability. The changes to temperature and humidity have the potential to damage the artifact the most.

One wet environment that has preserved organics remarkably well is peat bogs. Peat bogs can be found around Europe and are unique environments that are especially well suited to preservation, even though they are wet. Bogs are essentially cold swamps. They can be found in cooler, northern climates and consist of waterlogged soil. Plants grow and then die, but their remains decay slowly. Over many years, this process creates peat. Eventually, the dense layers of peat and plant material cut off the flow of oxygen. This lack of oxygen circulation makes the layer of peat very acidic, at a similar acidity level as vinegar. All of this makes peat bogs environments without a great deal of bacteria or even fungi, both of which act as decomposing agents in nature. This means that organics decay very, very slowly in peat bogs. 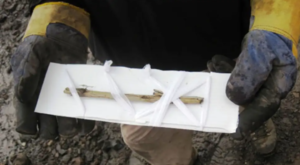 A possible spear shaft that melted out of a Yellowstone ice patch.

Even though bogs are harsh environments, they preserve human artifacts, and even humans from thousands of years ago, extremely well. Across Europe, mummies have been found and carbon-dated to be thousands of years old. MaImportant artifacts have also been found like clothes, textiles, or other easily perishable artifacts that archaeologists rarely get to study. This type of information is very rare in the archaeological record.

Bogs are not the only type of wet environment that preserves artifacts for long periods of time. Ice can also act as a perfect natural preserver. Though warming temperatures are problematic, they have caused many archaeological artifacts to thaw out of the ice. Yellowstone National Park is one such place that archaeologists have been scrambling to find artifacts as quickly as they melt out. Ancient tools and animal remains are thawing out at a rapid rate. While these artifacts provide incredible information for archaeologists, they also quickly decay away once out of the ice. This situation is a race between archaeologists and time.

The archaeological record is full of artifacts from many different environments. Some of which are perfectly suited to long-term preservation, while others that are more harsh surprise archaeologists with the large number of artifacts they have preserved.