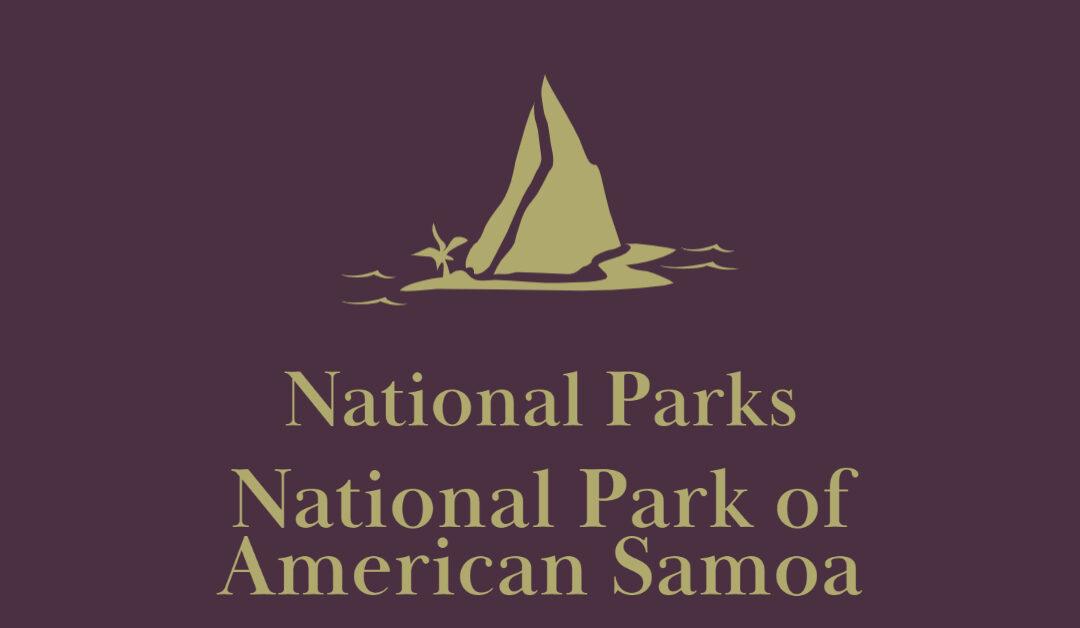 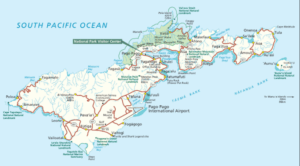 Map of the National Park (NPS)

This National Park was created to protect the rainforest, the habitats of animals like the flying fox, and the surrounding coral reefs. It is spread between three different islands. The park has different trails for people to hike on and allows for swimming, snorkeling, and diving in the coral reefs within the park. However, the park is also land still home to 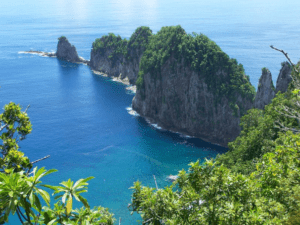 One of many spectacular views in the park (Tavita Togia, NPS

many Samoan people. They live and farm within the park on their land, and sometimes hikers or visitors must ask permission before hiking through the area. This type of living has been happening for thousands of years and was an important part of the lease agreement to ensure its protection and continuation.

The Samoan people have a deep connection with their islands. In fact, the word “Samoa” means “sacred earth.” Archaeologists believe that people have lived on the islands that make up Samoa for 3000 years, and it is one of the oldest cultures in Polynesia.

Samoa, along with many other Pacific Islands, was first settled by the Lapita around 3000 years ago. Archaeologists have found pottery sherds with this culture’s distinctive patterns on them. There are also stone adzes and points that can be found on the island as well, hinting at the rich cultures who lived there in the past. The Lapita are originally 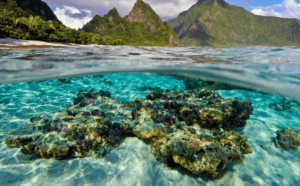 from Southeast Asia, but they began their expansion and discovery of islands over 3500 years ago. They would find new islands and settle them, developing their own distinct culture in that new area.  Archaeologists have found evidence of the Lapita on many of the Pacific Islands. However, while this one culture may unite much of Polynesia to a common ancestor, all of these island nations have developed unique and independent cultures.

Samoa calls their own way of life Fa’asamoa, which encapsulates their cultural ways that most still follow today. These cultural practices include traditional dress, beliefs, social organization, and other subsistence practices. It is the embodiment of the Samoan people’s connection to the land and the sea.

The National Park of American Samoa protects more than just a landscape. Within its 13,500 acres, there are stunning coral reefs, lush rainforests, and incredible biodiversity in the animal and plant life. There are also important archaeological sites that speak to the rich cutltures that have lived on these islands for thousands of years with modern villages nearby, preserving Fa’asamoa for future generations.

While it may be far from the mainland U.S., this National Park is, without question, worth the trip.