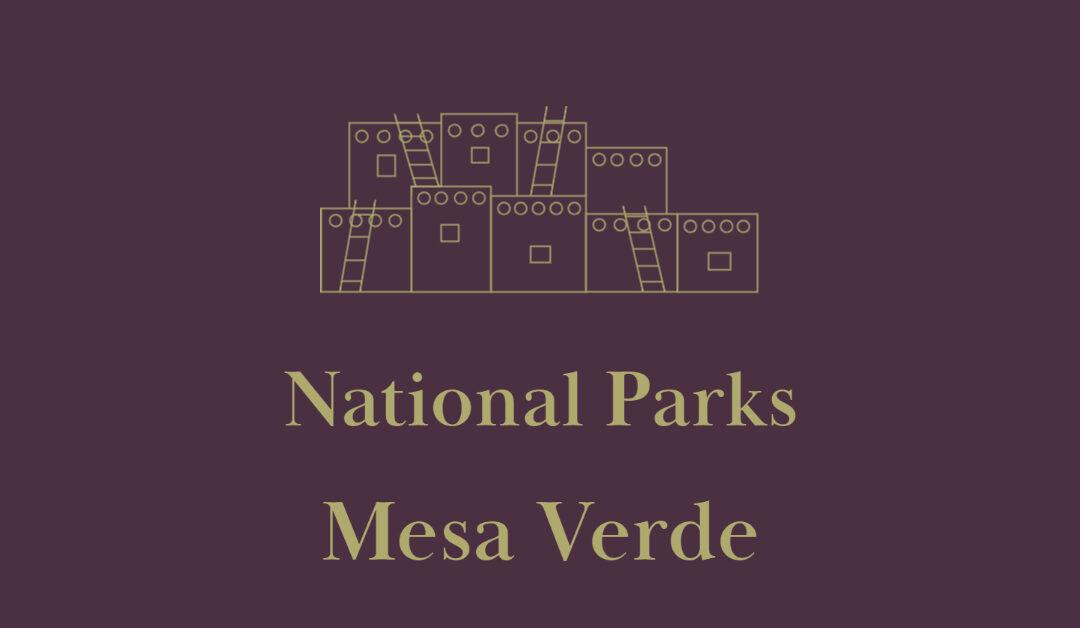 Mesa Verde is one of America’s most recognizable parks with its spectacular cave palaces. Since its creation in in June of 1906, the park has had millions of visitors and has consistently remained one of the more popular parks in 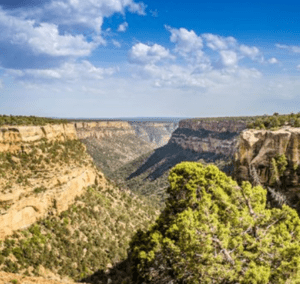 the National Park system. Perhaps one reason people continue to visit the park is the mystery of who built these structures, why, and where they went. In today’s National Park blog on Mesa Verde, let’s discover the answers to those questions.

Mesa Verde National Park was established on June 29 of 1906 by President Teddy Roosevelt. In his words, this was to “preserve the works of man,” or the incredible archaeology the park features. Though the local people knew of the site, the first Europeans to look at the ruins probably saw it in the mid 1700s, when Spanish explorers were making their way through the interior of the Southwest US, land that was Spanish territory at the time. In the late 1800s, a photographer was shown around the ruins and took pictures of some of the cliff dwellings, and these photographs got passed around the world, alerting people to Mesa Verde’s existence for the first time.

Unfortunately, both due to the photographs and more people moving into the area, more visitors came to the park and many looted the sites by taking different artifacts with them. Quickly after this, a bill was created to turn the area into a National Park, and it was passed. 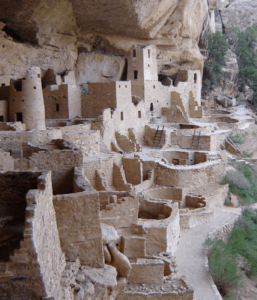 The park has over 5000 archaeological sites, so there is still a great deal of work to be done. Today, the park sees over half a million annual visitors.

People have been living and traveling through this part of the U.S. for thousands of years. Thanks to oral history and archaeological evidence, we know that people settled specifically in the Mesa Verde area around 1400 years ago. The descendants of these people continued to live in the area for around 700 years, and it is these people who built the incredible buildings for which Mesa Verde is now known. These people are who we now call the Anastasi, which is a Navajo word that means “the ancient ones.”

The buildings at Mesa Verde are incredible for a number of reasons. The first is its use of the natural environment and resources. The buildings are made with a combination of wood, stone, plaster that was once brilliantly painted, and adobe. These construction materials and the natural environment help the structures last for hundreds of years with very little necessary upkeep. Even today, archaeologists work to preserve the cliff dwellings for the future, but the buildings didn’t need a lot of conservation work. Archaeologists have also found that the people who built these structures, specifically the Sun Temple, had detailed and expert knowledge of the golden ratio, which is the same mathematical principal that Egyptians used to construct the Great Pyramids of Giza. The buildings themselves also adapt to the environment well, by keeping people cool in the summer months and warm and well-insulated in the colder winter months.

From the archaeological artifacts left and excavated in these sites, archaeologists can see that these people were farmers that grew squash, corn, and beans. They collected wild plants and hunted local animals with a bow and arrow. They also domesticated turkeys. Archaeologists have found a great deal of pottery as well as beautifully woven baskets, which prompted them to call these people the basketweavers. There have been many other artifacts found in Mesa Verde that are not from the area, like tropical bird feathers and copper, and this suggests the people at the time had extensive trade networks that may have stretched as far south as central Mexico.

The Basketweavers lived in the Mesa Verde area for around 600 years until 1300 CE. To this day, we are not completely sure why these people left, but the most predominant theory is that a combination of drought and an increase in population forced these people to leave the area in search of a new home.

Today, there are 26 different Native American tribes that are associated with Mesa Verde. These tribes span 5 different states and dozens of languages and language families. It is with these groups that the NPS and archaeologists work with to better understand the sites and people who once lived there. Visitors that go to the park today can look at all of these archaeological sites, from kivas to the sun temple, to get a better understanding of who these people were and how they lived. If you are interested in learning more about Mesa Verde, check out Crow Canyon Archaeological Center, which does incredible research on the area: https://www.crowcanyon.org/ .