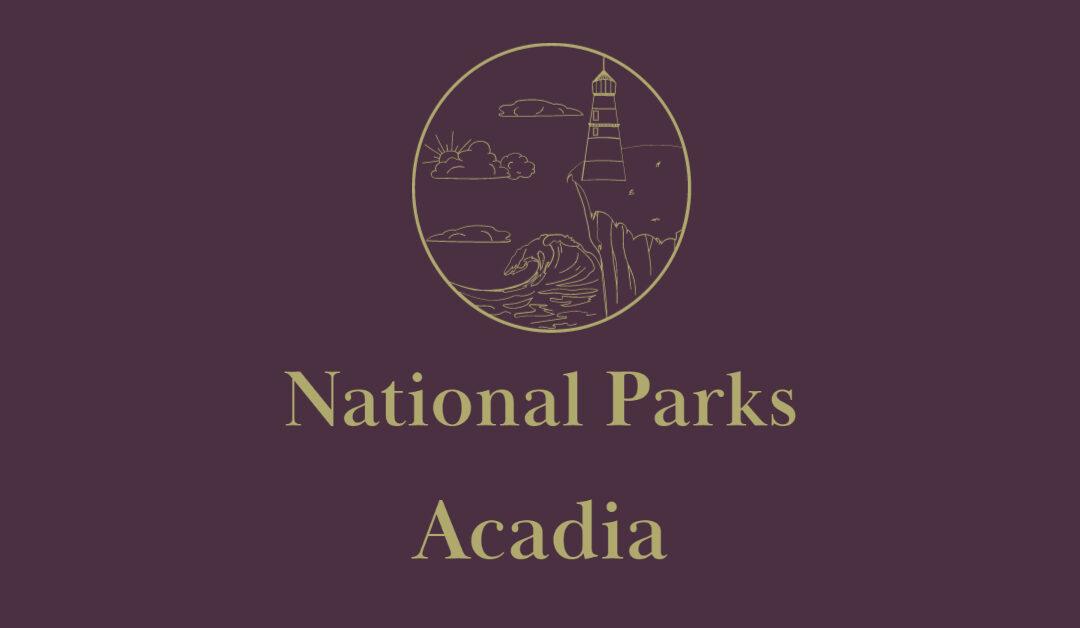 Acadia National Park may be small, but within less than 50,000 acres there is a massive amount of biodiversity, ecosystems, and cultural history. This week, we will dive into the first National Park east of the Mississippi that is one of the smallest parks, but also one of the most popular. 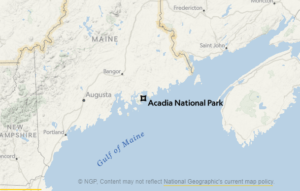 Every year, approximately 3.5 million people travel up to Acadia National Park to hike the trails, paddle through the lakes and ocean, or climb up the numerous mountains. This park can be visited all year round and is known for its beautiful fall foliage and as well as fun ski trails to explore in the winter.

Acadia National Park was established in 1916, but it was neither originally called “Acadia” nor a National Park. When first created, this area was a National Monument called Sieur de Monts. This name came from the title given to the leader of the first European settlement in the area. In 1604, Pierre Dugua led a group of French colonists to settle in the area. Unfortunately, many of these settlers died and the survivors left. Next, it was made into Lafayette National Park in 1919. Finally the park was called Acadia National Park in 1929. It was named after a colony from the 17th and 18th century that lived in the area. The original name for this land, specifically what we now call St. Croix Island, was “Muttoneguis” by the Passamaquoddy.

Though many have lived on the land over the past few hundred years, people have been living in what we now call Maine for around 12000 years. There are four different tribes 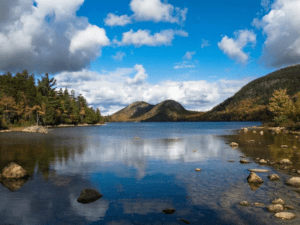 that have ties to what is now Acadia: the Maliseet, Micmac, Passamaquoddy, and Penobscot. These four tribes are collectively known as the Wabanaki, or the “People of the Dawnland.”

The Wabanaki are thought to have originally come to what is now Acadia with birch bark canoes, which were capable of sea travel. These people settled in the coastal areas near the ocean as well as further inland. They fished and hunted different marine life, like seals, as well as harvested clams from the water. They also hunted animals living in the forests, gathered different berries, and collected plants. One important plant the Wabanaki collected was sweet grass, which they use to make beautiful baskets.

Today, the Wabanaki have different reservations around Maine, but many still come to Acadia to hike or collect sweet grass. There is also a very robust Cultural Connection within the park between the National Park Service and the Wabanaki. The park plans and hosts many different programs that allow and encourage visitors to learn about the Wabanaki culture and history through lectures or events like basket weaving or drumming and singing on the summit of Cadillac Mountain. 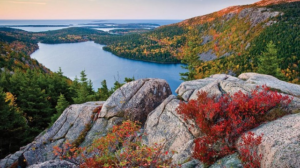 Though there is a very active and robust Cultural Connection program, not a great deal of archaeology has been done in the park. There are twenty-four different documented archaeological sites, but little excavation has been done. In 1978, one site was excavated in an effort to gain information from the site before it was swept away due to erosion and sea level rise. Archaeologists found many different artifacts that helped them better understand the park’s history. Unfortunately, the threats to this site are not unique. Rising sea levels, increasingly strong storms, and coastline erosion are all damaging different archaeological sites at Acadia. This loss of information is very serious, and archaeologists in the area are working to figure out a way to document sites before they disappear. Another way to study the Wabanaki culture and its history, in addition to analyzing archaeological artifacts, is by studying the language. Researchers are also focusing on cultivating a better understanding of Wabanaki language, which will be used to describe the archaeological artifacts in a more accurate way through the use of the language of the people who made them thousands of years ago.

The Wabanaki lived, undisturbed, in what is now Acadia for thousands of years until the first French settlers arrived in the early 1600s. Though several more French and English groups came to the area in the hopes of settling it, they found the environment too difficult and went further south down the coast. Eventually, in the 1800s, people began looking north once more and started moving into the area. This influx of people forced the Wabanaki to leave their homelands. The new settlers farmed, fished, harvested lumber from the forests, and began a shipbuilding industry. Later in the 1800s and early 1900s, a few locals knew they had to protect the incredible natural area. One of these men was George Bucknam Dorr, who was very passionate about preserving the landscape. He bought and maintained a great deal of land with his inheritance. It is this land that eventually formed the park in 1916 when he convinced the federal government to turn his donation into a National Monument. Even Rockefeller contributed to Acadia’s preservation. He donated land as well as designed a roadway system for the park. These roads still exist for people to see and use with modern-day vehicles.

Once Acadia was established, it became a go-to destination for people living in big East Coast cities to escape the congestion and experience fresh air and natural beauty. Today the park sees millions of visitors, not only treating them to stunning views and beautiful scenery, but also making a concerted effort to have visitors learn about the Wabanaki culture, history, and language to better appreciate the landscape and those who have lived on it for thousands of years and continue to maintain an important connection to it.