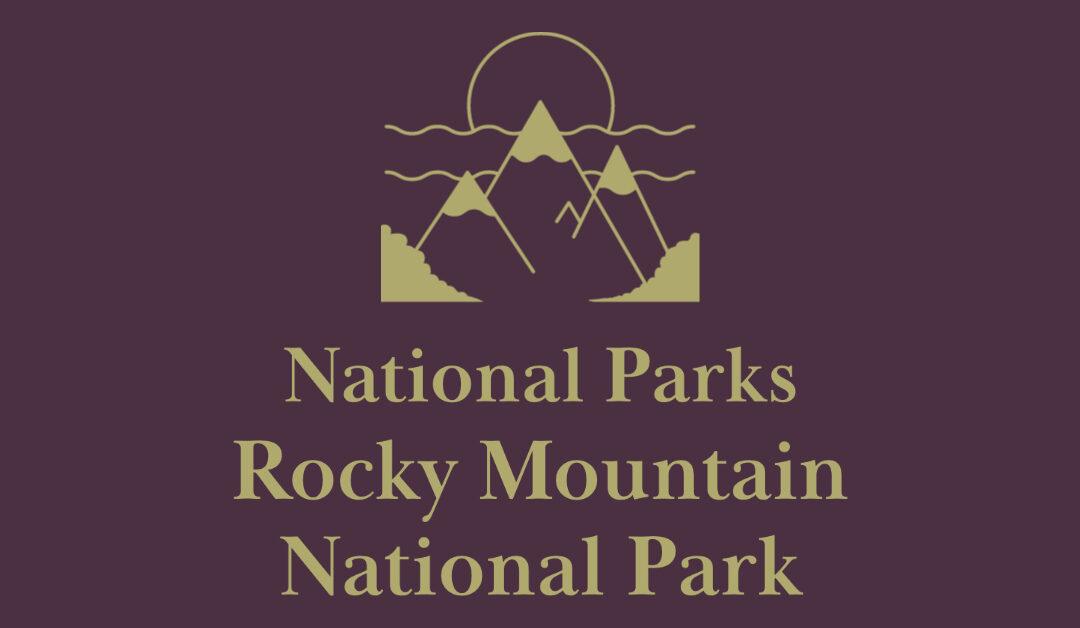 This week is the last post in the National Park series. In this series, we have covered a vast range of climates, ecosystems, and cultures that are all protected in the National Park System. They are some of the most incredible and beautiful places on Earth, each with a complex and unique history of human habitation. To end our series, we are covering a park a little closer to Project Archaeology’s Montana home: Rocky Mountain National Park. 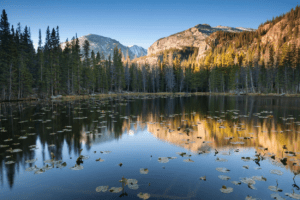 This park is the third most visited National Park, with over three million visitors every year. Rocky Mountain National Park was established in January of 1915 by President Woodrow Wilson and became the 10th National Park in the US.

Rocky Mountain National Park’s dramatic elevation change gives it an incredibly diverse environment. The lowest parts of the park are around 7000 feet in elevation. This is low enough to support a fairly lush forest and wetland environment in the mountain valleys. As the elevation increases, the environment changes to be sparser. It is in these areas you can find thick evergreen forests. At the higher and highest elevations, the park’s environment changes dramatically to an alpine tundra. Due to the consistently high elevation of the park, around a third of Rocky Mountain National Park is made up of alpine tundra. This makes it the largest protected area of alpine tundra in the United States. It is due to the wide variety of environments that this park is also a UNESCO International Biosphere Reserve.

The park’s huge environmental variability means that many different animals call it home. While there are no longer grizzly bears or gray wolves in the park, there are black bears, many types of deer, and smaller mammals. At one point, moose were no longer common in Colorado, so the Colorado Division of Wildlife brought 24 moose from Wyoming and Utah into the park. Now, there are an estimated 3000 moose in the state. Additionally, bighorn sheep are the symbol of the park, and there are around 400 living in the park today.

People have been living in this area for over 11000 years. Though there are many different Native American tribes that traveled through or visited the area that is now known as Rocky Mountain National Park, the two main groups that lived in the area were the Ute and Arapaho. These two cultures hunted and gathered plants and animals. They developed extensive trail systems to access the best hunting grounds, and many of the trails and roads in the park follow the same routes that people had been using for hundreds, if not thousands, of years. Once example of this is the famous Trail Ridge Road, which follows a Ute hunting trail. The resources from hunting were then used to make things like clothing, food, and shelter. For example, bison—as well as other animals—were used by the Ute people to make tipis, shoes, and different items of clothing. The hides were also used as a canvas to paint and draw different images that could be used to tell complex stories.

In addition to hunting animals, people also fished in the rivers and lakes and collected mollusks from streams. These bodies of water also provided clay used to make ceramics. The wood and grasses from the forests allowed people to make baskets, tools, and weapons like bows and arrows. These resources were also used for different types of shelters, like wickiups. The stones in the park were also fashioned into projectile points, axes, and mortars and pestles. 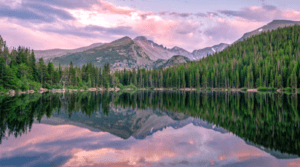 Bear Lake in the park (Photo by Jeff Stephenson)

The Ute people lived mostly on what is now the western side of the park starting around 1200 CE, and they stayed in the area until around the 1700s when settlers from the east moved in and occupied the land they had been living on for hundreds and thousands of years. The Arapaho lived in what is now the eastern side of the park. These two groups fought often, and Rocky Mountain National Park was a battle ground between the two groups for many years. In addition to the Ute and Arapaho, the Shoshone, Apache, Sioux, Comanche, and Cheyenne are all also associated with the park. Today, we know of at least 1000 archaeological sites in the park, and researchers are pushing to adopt modern, GIS mapping technology to better survey, study, and understand the history of the area.

Because of Rocky Mountain National Park’s incredible history and geology, there is a robust educational program that reaches an estimated 10,000 students a year. Teachers can access these programs here: https://www.nps.gov/teachers/index.htm.

The National Park System in the United States has been referred to as America’s best idea. There are 63 official National Parks, and each work to protect America’s environments, wildlife, and cultural heritage. The seven parks we’ve discussed in these blogs are only some of the incredible places you can visit, so get out, explore, and remember to think of all the people who came before you and lived in that space.