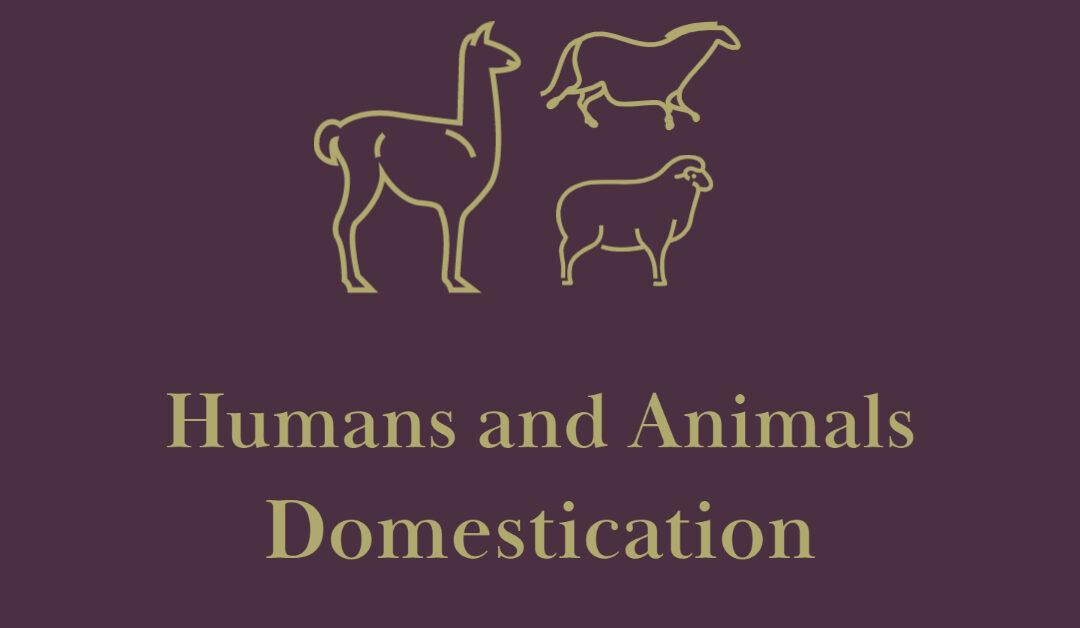 Humans and animals have a long relationship that stretches back over fifteen thousand years. Some of the oldest human art on cave walls feature animals and some of the oldest carvings that have survived are of local wildlife. Animals occupy a crucial space in human life. They are prominent parts of our religions and worldviews. They supply milk to drink and meat to eat as well as create important materials for clothing, like wool and fur, or for shelters.  Animals have also served as human companions.

It is not just dogs and cats that have been important components of human life. Through the millennia, people have used animals for food, security, and companionship. In this series, we will discuss the relationship between humans and animals, ranging from the process of domestication to tool-making to traditional knowledge about them to how intertwined they became with different religions. 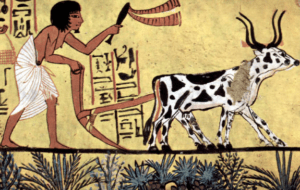 Domestication is a commonly used word, but it is a little more complicated than it may initially seem. Though deliberate breeding for specific features is probably what is most commonly referenced when someone brings up domestication, the term “domestication” can refer to two main scenarios. The first is the simple action of a human taking an animal out of their wild, natural environment and controlling its life. An example of this can be seen with elephants. Though humans have interacted with and used elephants for thousands of years, multiple generations have not been selectively bred by people. The second focuses on the genetic changes humans impart on animals, like going from the gray wolf to the pug. This is when humans selectively breed animals to exacerbate certain traits. For example, dogs were bred specifically for certain traits, like Newfoundlands being exceptional swimmers or Malamutes having high levels of endurance. These genetic changes are the focus of domestication because of how much modern technology and innovation can tell us through the study and sequence of DNA.

It is believed that domestication first happened in Asia as well as other parts of the world with dogs. Dogs have been genetically shown to have descended from gray wolves, and the domestication process first started around 15,000 years ago. Mans best friend is also man’s oldest friend. Domestication started at the same time humans transitioned from nomadic, hunter-gatherers to more sedentary farming lifestyles.

It is believed that the second big period of domestication happened in Mesopotamia around 10,000 years ago, with people taming sheep to be used for meat, milk, and their wool/hide. Milk and meat could be consumed while wool and hides could be used to produce clothing, various storage purposes, and shelters. Sheep are much easier to domesticate than other types of animals because they are herbivores, meaning they only eat plants. It was easy to herd sheep and goats into a pasture area to feed them. The next animal believed to be domesticated were chickens in Southeast Asia also around 10,000 years ago. After these smaller herbivores, people moved on to domesticating pigs in the Middle East and possibly China around 8,000 years ago. Around the same time in the Middle East, people also successfully domesticated cattle. 6,000 years ago in Central Asia, people domesticated horses, but DNA in domestic horses is extremely diverse, which suggests that there were many different wild horse populations domesticated in many different places around the world. In Peru, llamas were domesticated around 4500 years ago for their wool, meat, and ability to carry heavy loads.

Domestication is characterized by past peoples purposefully breeding animals with certain desirable traits, like thicker wool, bigger size, or a calmer personality. For example, 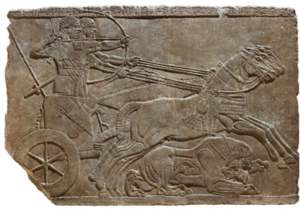 Carving of domesticated horse from the Middle East

wild chickens thousands of years ago were around two pounds, but today they can reach weights over fifteen pounds. Over the past few thousand years people have selectively bred chickens for size, making them bigger because that means they produce more meat.

What About A Pet Tiger? 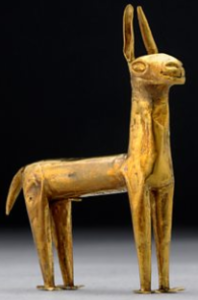 Golden figurine from Peru of a domesticated llama

There are many reasons why humans were unable or uninterested in domesticating large animals like tigers or pandas. The easiest answer is that there was no point. Domestication is a labor intensive process, and there has to be a point to investing the time, effort, and resources. Sheep, for example, can provide both food and wool. They are easy and cheap to feed, can be bred easily, don’t mind living in pens, are calm and friendly, and grow quickly. All of these qualities make sheep ideal animals to domesticate. On the other hand, an animal like a tiger is the opposite. They are not friendly, need a massive amount of territory to live in, are difficult to breed, and grow slowly.

Archaeologists find evidence of domestication all over the world from art on tomb walls to animal bones in town middens to loyal pets being buried with their families. Domestication did not only allow for food and companionship, but also for tool-making. Next week, we move from domestication to understand tools that can come from animals or that were invented because of them.