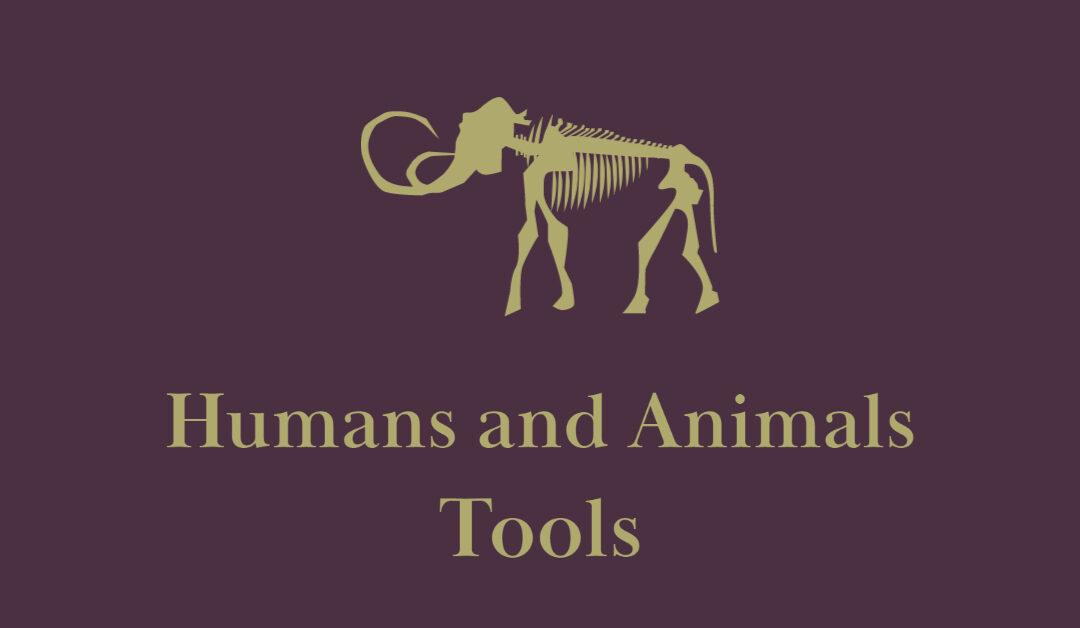 Humans use animals for far more than just food, wool, and companionship. Long before the advent of domestication, humans hunted animals and harvested every usable part from them. In addition to meat, hide, fur, and wool, this included using bones, antlers, and teeth for tools.

Bones are an organic material, which means they break down over time. While bones can survive a long time, they are not as durable as materials like stone. The archaeological record, because of this, can be incomplete at times because artifacts made of bone have already rotted away or are too fragile to survive. 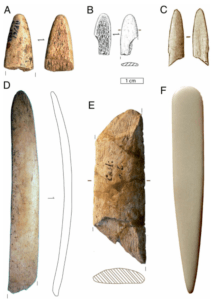 When compared to stone, bone can seem like a weak material to make tools out of that would be inferior. This, however, is not true. Bone can be very durable and strong, and it has other properties that make it valuable for tool making.

When fresh, bone can splinter fairly easily into thin, sharp pieces. These fragments can be used as needles or other types of tools. Bones also come in all shapes and sizes, depending on the animal they are taken from. This allows incredible versatility in tools with minimal effort. While stone must be shaped before it can be useful, bone can yield useful tools after little or no modification.

People who lived in what we now call Iowa have been documented to make many bone tools, as did many other cultures in similar ways. Shoulder blades of bison as well as elk could be fixed to a shaft to form a hoe for farming. Its light weight and curved shape was perfect for digging holes in loose soil. The ulnae, or one of the forearm bones, from deer were turned into awls. Fishhooks could be made with many different types of bone, from rib bones that were cut and filed into thin points to toe bones that were hollowed 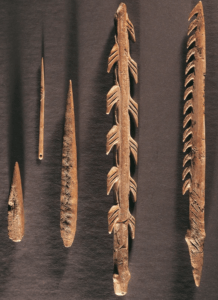 out and sharpened. People also used deer jaws as sickles to cut and harvest different types of plants. Other bones from many types of animals could be turned into scooping and scraping tools. Thin and small long bones could have holes drilled into them to make musical instruments very similar to modern-day flutes.

In addition to tools made from bone, early human ancestors, like Neanderthals, used bones to create jewelry like beads and other types of adornment. Though unfairly categorized as unintelligent, Neanderthals were innovators. There is archaeological evidence that Neandtherals created a bone tool called a lissor, which was a type of hide scraper. There is an archaeological site in southewest France that shows evidence of Neanderthals attempting to make tools out of mammoth bones. Another site has yielded four tool fragments from red deer or reindeer ribs that were also likely used for scraping animal hides over extended periods of time.

These types of tools not only suggest intelligence, but also dexterity. Tools were not only made from bone but also ivory, antler, and horn. 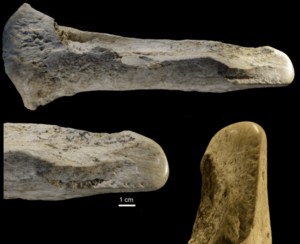 Fragments of lissor tools made from elephant bone

Because bone can quickly rot away and be lost from the archaeological record, there are not yet million-year-old bone tools that archaeologists have discovered. Between 11000 and 17000 years ago, there is a great deal of archaeological evidence that suggests people were very commonly creating and using bone to create harpoons, hooks, and other tools. Bone was also used to create handels and shafts for stone tools. For example, some hand axes would have stone head attached to a bone shaft.

Thanks to very recent modern discoveries, the oldest bone tools that archaeologist have found are 480,000 years old and were found in England. These are the oldest bone tools in the archaeological record. Archaeologists believe that they were created by H heidelbergensis, or a group of them, who butchered a wild horse and used the bones to create tools. Prior to this recent discovery, the oldest tools were from the Lower Paleolothic and were 400,000 years old. These bones were not horse, but 98 different elephant bone tools harvested and created by Neanderthals in an area near modern-day Rome. These elephants were straight-tusked elephants and are now extinct. Human creativity and ingenuity repurposed bones to become useful tools, but this took a great deal of knowledge about animals. Next week, we will learn about different types of traditional knowledge ancient humans had about animals.