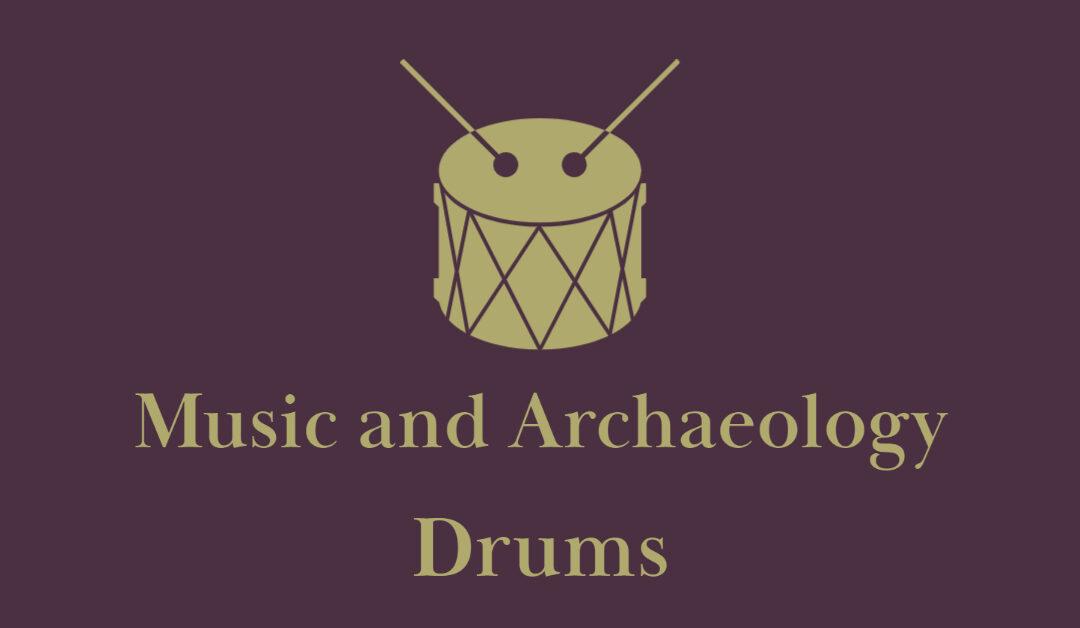 This week, it’s all about drums. You may not immediately think of drums when listing musical instruments, but as part of the percussion family, drums play an important role in many musical traditions.

There is a reason why people are naturally drawn to music and a musical beat. There are a range of scientific theories, but there is evidence to suggest repeated beats, like those in music, are comforting to humans. Some of the most basic components of music seem to be hardwired into people, even if you do not consider yourself to be musical. Have you ever unconsciously tapped your foot or fingers while listening to music? Have you ever been singing along to something unfamiliar and correctly guessed the next note? Have you changed the way you dance based on the music playing? 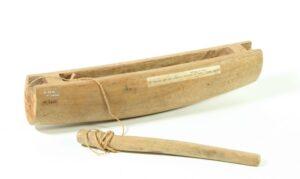 All these things are pretty natural, and humans have been doing them for tens of thousands of years. There are also scientific observations on the impact to a group when music is played. There is evidence to suggest it builds a sense of community and safety. Humans are also not the only animals to use noise in creative ways. Chimpanzees have been observed to use trees and sticks to beat a rhythm, perhaps as an intimidation technique. Birds have been seen hitting rocks and shells against other hard surfaces to ward off others.

Drums can be tuned to a certain note and can produce different sounds based on the material used to strike them and how hard they are hit. Typically, a drum is a frame with something stretched over that is hit to produce sound, but there can be a massive amount of variation in the materials used and the size of the drum–ranging to a small, handheld one to a massive device that is never moved. Drums can also simply consist of an object struck with another object, and does not have to have any material stretched tight over a frame.

The oldest drums in the archaeological record are located in eastern Asia. Drums are usually made out of organic materials, like wood or stretched hide. These materials degrade away very quickly in the soil, so it is very possible that drums have been around far longer than the physical archaeological evidence suggests. These early drums are thought to have been used for religious ceremonies and rituals.

Drums are especially unique because they can possess a variety of tones and be loud enough to transmit sound over great distances. Some drums are so good at mimicking 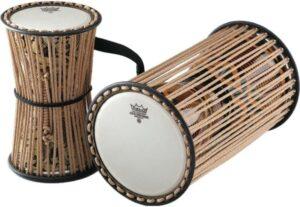 Modern example of a talking drum

human tones that they are called “talking drums.”

Talking drums are created by the Yoruba people from southern Nigeria. These drums can vary in size and shape but are capable of producing many different types of sounds based on where the player hits and how hard. The main reason these drums are called “talking drums” is because they are very good at mimicking the way human language sounds. The drum can produce notes that rise and fall, like questions and answers, and create tones that sound like a person speaking. The drums can also transmit sounds over huge distances, sometimes as far as 20 miles. This capability is taken advantage of to use the music and beat to transmit messages and news. So, not only can the drums sound like speech, they can transmit information just like it too.

Much of what we know of ancient drums today is not thanks to material evidence, but rather art that has been analyzed. There are many depictions of ancient peoples using drums in the past. Some of these images show drums being used in a casual context, but many of them show drums being used in a ceremonial, religious, or ritualistic way. There is evidence that many ancient cultures saw drums as sacred objects, to be revered and only played in certain situations by certain people.