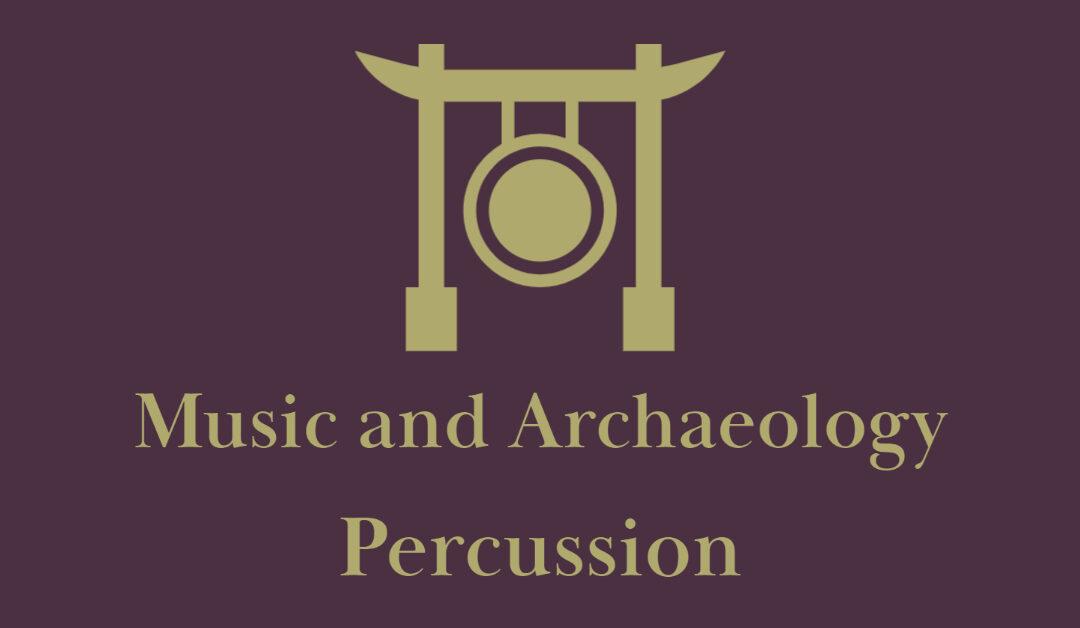 I used to play in an orchestra. While we strings liked to think we were the most important, the reality we didn’t like to admit was that the unsung heroes were the percussion players tucked in the back.

Time for Some Science 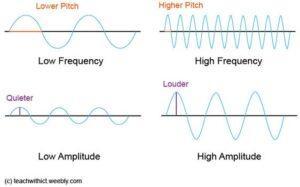 Sound is made up of soundwaves, which are produced by vibrations. When a musician hits a gong, it causes vibrations that travel through the air to our ears. If there are lots of vibrations in one second of time, then it is a high sound, but if there are only a few vibrations per second, then it is a low sound. This is known as the frequency.  Another important characteristic is pitch, which is similar to frequency. If frequency is a scientist’s way of understanding sound then pitch is the way a musician understands sound. Pitch is more subjective and usually depends on an object’s mass. Larger objects produce deeper pitches– think tubas versus trumpets. Pitch is used to describe the notes of an instrument, for example an A sharp versus a B flat, while frequency would describe the scientific measurements of the waves themselves.

Bring in the Beat

Percussion instruments can vary  based on their size, materials, ands the culture to which they belong. For example, gongs were originally developed in east and southeast Asia, but even in these general areas there is a massive amount of local variation. China and Japan traditionally used flat sheets of metal suspended in the air with a frame. These gongs produce one sound and can be heard across miles of land. In Japan, these gongs were used to start Sumo wrestling matches while in China they are thought to have been originally developed to mark the passage of time for field workers, because the sound could travel for miles. However, in southeast Asia, gongs are usually not flat, but have dimples or deep rims.

Regardless of variation, percussion instruments are thought to be the oldest type of musical instrument in the world.

Castanets are instruments most commonly heard in Spanish music, like flamenco. They can be made from wood or ivory and are about the size of palm. The player holds the 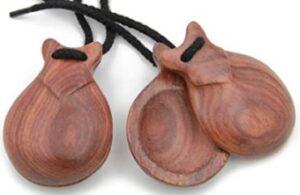 castanets in their hands and creates sound by hitting the two pieces together in a rhythmic way. Though most commonly linked with Spanish music and culture, archaeologists believe that the Phoenicians first made castanets, and their use spread through the Mediterranean.

The tambourine is composed of a small drum with small disks included in the frame of the drum that make a jingle sound when shaken. Archaeologists believe that tambourines were first developed in ancient Mesopotamia, but they’ve been found all around the eastern Mediterranean as well.

The Sistrum is a good example of an instrument that can be seen in many different cultures around the world. It is most commonly associated with Ancient Egypt, as images 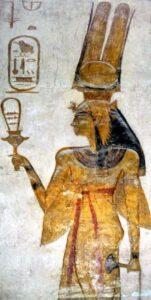 of it can be seen in many tomb paintings. The sistrum consists of a u-shaped frame held together with a handle with bars going through the u with attached jingles so that it makes sound when shaken. Though associated with Ancient Egypt, they are used today in Western Africa by Coptic and Ethiopian churches. Versions of sistrums have also been found in different cultures of North America. There is also an instrument called the larung used in New Guinea that is a u-shaped frame with dried coconut shells similar to the sistrum.

Maracas are instruments developed in Latin America, but are commonly used in Latin and South American and well as Caribbean music. They are traditionally made from dried gourds with seeds inside to shake and produce sound, but today they can also be made from turtle shells, wood, or plastic. Similar to sistrums, many cultures around the world have their own version of a maraca. Maracas can produce many different types of sound, depending on what the body of the instrument is made of as well as what fills the inside.

Next week, we’ll take a quick break from this series for a special Halloween post! Check it out next Friday.