The Archaeology of Fear

I am probably one of the few archaeologists who will freely admit to enjoying the movie The Mummy, especially on Halloween. When researching the archaeology of fear, I 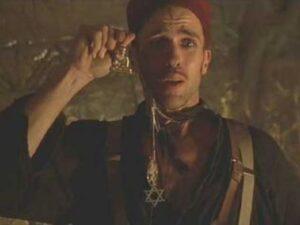 immediatly thought of one scene . Around halfway through the movie, the mummy has woken up and the other  characters are running around the ancient ruins. Beni takes a wrong turn and comes face to face with the mummy. He proceeds to take out a tangle of necklaces, each with a religious or spiritual symbol. One by one, he raises a symbol at the mummy and speaks in different languages in an effort to protect himself. Eventually, he gets to the Star of David, an important symbol in the Jewish faith, and speaks Hebrew. The mummy, Imhotep, recognizes the language and spares Beni.

Halloween, in addition to candy and costumes, focuses heavily on the idea of fear—it is a spooky, scary holiday. Over the years, humans have created many different ways to ward off evil and prevent fear. So in honor of Halloween, let’s look at the archaeology of fear.

The Science of Fear

Think about something that scares you—what happens? For most, heart rate increases, you breathe more quickly, maybe the hair on your arm or neck raises. All of these are biological responses the brain initiates to protect the body. Not everyone is afraid of the same things, so these responses are very individual to the person. For example, I love sharks, but I’m not a huge fan of clowns. Seeing photo or video of a great white may make me smile, but Pennywise from It would make my heart race. Some fears are very common, like spiders or snakes. This is likely a evolutionary response, because these animals can harm humans. Programmed into us is a fear of threats, and since snake and spider bites can kill, these fears are pretty common.
When you are afraid, you experience some of the reactions listed above. This is the brain priming your body to do one of two things: fight or flight. This is a catchy name for 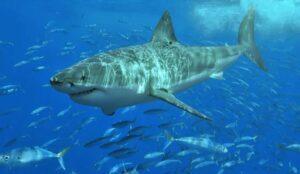 human response to fear, which is to either fight off whatever it is or get away from it as quickly as possible. Heart pumping, fast breathing, and being hyper aware primes your muscles for movement. Animals have the same responses to fear, but they don’t seek out the feeling. Some people like the feeling of being afraid because of the rush of emotions and hormones they feel at the same time. It’s similar to the reason people like hot sauce or spicy foods, it triggers the brain to release a lot of different hormones that some enjoy experiencing.

It is important to remember that fear, and the body and brain’s response to it, is a very complex response system. It can appear very different, depending on the person and the situation itself. The idea of fight or flight is a simple characterization of a much larger process humans experience.

The word amulet can refer to a wide range of things, but for archaeologists usually means a small object that can be worn as jewelry or that the owner kept around due to the belief that it possessed some kind of ability—like to ward off evil or bring good luck.
Archaeologists find amulets all over the world from many different time periods. Recently, archaeologists found a box of amulets at Pompeii, near the remains of humans who were unable to escape the volcano’s blast. The amulets in the box are in a variety of shapes and are made out of different materials, for example there is an engraving of Dionysus, a Greek god, another of a woman, and there are even some carved Egyptian scarabs in the box. Archaeologists believe that these items belonged to a woman who used them as good luck charms or to ward off evil.
Mummies from Ancient Egypt are also famous for their amulets, which were wrapped within the bandages during the mummification process. These amulets were meant to act as protection, especially as the individual navigated the underworld to get to the afterlife. These amulets come in many different shapes and materials, but common ones are carved scarabs and the eye of Horus, meant to protect the bearer from harm.

One symbol that has been popular for thousands of years is the “Evil Eye,” which can come in many forms but usually is an eye with a bright blue iris surrounded by white and more blue. This 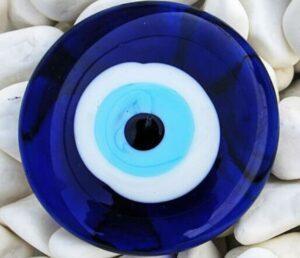 symbol can trace its roots to the Wedjat Eye, or the eye of Horus from Ancient Egypt. It can also been found very early on in the Hand of Fatima, with an eye in the center. The Hand of Fatima, also known as a Hamsa, is a symbol from the Middle East and Northern Africa. Fatima was the Prophet Mohammed’s daughter, and the symbol’s five fingers represent the five pillars of Islam while the eye in the center helps ward off evil. This symbol has many names depending on who you ask, for example in the Jewish faith it is called the Hand of Miriam while Christians refer to it as the Hand of Mary.

There are many other things through history people have done to protect themselves, but understanding the history and context of the actions or objects helps everyone act in a respectful and responsible way.

Next week, we will be back on our archaeology of musical instruments series, but if you are interested in more information on Halloween and the archaeology of monsters, check out last years blog here: Witch is it: Trick or Trowel – Project Archaeology

With Halloween in a few days, please remember that culture is not a costume.