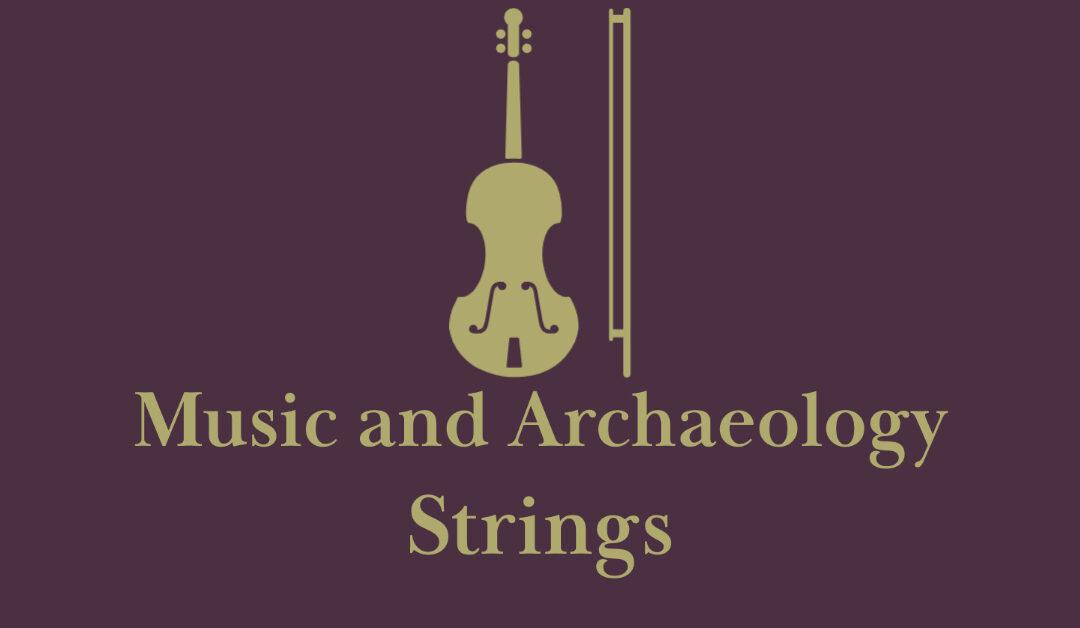 This week, we’ll be looking at the string instrument family.  String instruments are characterized by having strings that are caused to vibrate in some way, either by plucking or using a bow.

String instruments have a long and rich history but are perhaps the most difficult types of instruments to find in the archaeological record. This is due to the strings and instrument body being made of materials that break down more quickly in short periods of time. Archaeologists have found images of what appear to be stringed instruments painted on cave walls, but instruments this old have not yet been found.

The oldest stringed instruments found in the archaeological record are all around 2500 years ago, but come from different parts of the world. One instrument is very similar to modern-day Ravanastron, which is local to Sri Lanka. This kind of instrument is made up of two strings connected at the bottom to a hollow drum shape and extend to a long neck with tuning pegs. It can be played with a bow. 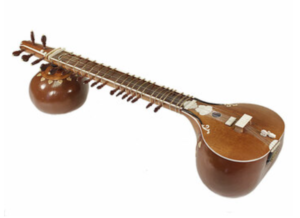 Another ancient instrument is the harp, of which versions are found all around the world. Harps are fairly simple to make, and a 2550 year old one was found in Iraq. There have also been very old harps found in Egyptian tombs.

Over time, string instruments evolved to change in size, shape, and pitch. Though instruments with two strings, like the Ravanastron, are still used today, people began adding more strings and creating a bigger instrument body, leading to instruments like the violin. The earliest version of the violin was likely developed in the 10th century in Europe. Though it was called a viol or lyre, it had a larger wooden body and many strings than modern-day violins or violas. This general instrument structure, a curved wooden instrument with several strings, became very popular across many cultures. People adapted the shape and how it was played in many different ways, resulting in amazing instruments like guitars, mandolins, bases, cellos, and banjos.

The sitar is an instrument that is popular in southeastern Asia. It is a long stringed instrument, with a large wooden body at one end and usually 5 strings that extend from the body up the finger board to tuning pegs at the other end. There are three main types of sitars, with the Ravishankar type being the most popular.

The Erhu is also sometimes referred to as the Chinese violin, but apart from strings and a bow these two instruments bear little resemblance to one 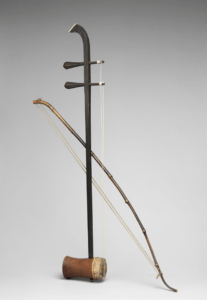 another. The Erhu has ancient origins, and some of the oldest stringed instruments archaeologists have found are very similar looking. The Erhu has two strings stretched from a soundbox to wooden tuning pegs at the top of the instrument. Players will create sound and change notes by moving their hand up and down on the strings while pulling the bow. Erhus produce very unique sounds that are reminiscent of a human voice. Though it was originally from Central Asia, around 1000 years ago the Erhu was brought along the Silk Road to China. It is in China where the Erhu adapted to have the bow in between the strings, and it became very popular in traditional Chinese music.

The Berimbau is a relatively new musical instrument, with records of its history going back to the 18th or 19th century. Most historians and archaeologists believe this instrument was developed and invented by combining Brazilian and African musical traditions. The instrument is made up of a single string, called an arame, taken from an old tire. The arame is supported by a curved wood frame with a hollow resonator at the bottom of the instrument. The string is struck by a baqueta, or wooden pole. The sound produced is more rhythmic than musical. This instrument is also most commonly used to accompany the Brazilian martial art of capoeira, turning it from a sport into more of a dance.

Stringed instruments vary a great deal based on the culture they belong to, but are united by their ability to convey great emotion and usually a wide range of pitches. Next week, we check out the brass family!